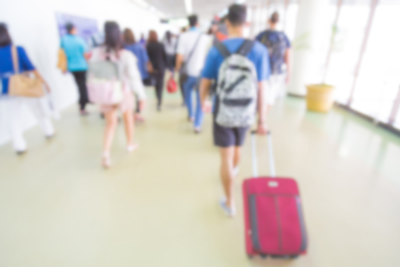 With passenger numbers up once again at London Luton Airport (LLA), Nick Barton, CEO of LLA highlights it is ‘the only London airport that is expanding capacity to meet rapidly growing demand’.

For the 27th consecutive month, LLA recorded passenger growth with figures in June increasing 17.7 percent compared to the same period in 2015. In total, 1.43 million passengers flew during June.

LLA is addressing this continued demand by investing £110million to transform the airport. Contractors are on site working on a redevelopment that will facilitate the expansion of the airport’s annual capacity by 50 percent, from 12 to 18 million passengers by 2020.

Improving the passenger experience is a central part of the redevelopment which will see expanded retail and dining space and upgraded facilities in the terminal. This includes a new world class walk-through Aelia duty free store, operated by Lagardere Retail Travel, which was officially opened earlier this month.

Commenting on June’s passenger figures, Nick Barton, CEO of LLA, said: “With a decision on future runway capacity put on hold LLA remains the only London airport that is expanding capacity to meet rapidly growing demand.

“The priority now is to make sure the travelling public can easily access our increasing range of destinations and new facilities, giving people more choice and flexibility. That’s why in the build up to the new East Midlands rail franchise we are working hard to secure additional fast train services.”