Avinor partners with NATS to join the iTEC alliance 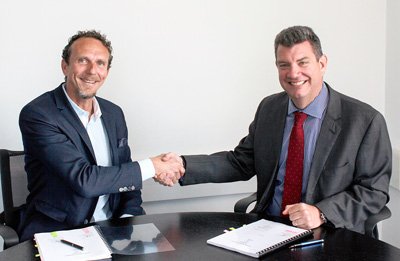 Avinor has officially joined the iTEC collaboration, marking another step towards aligning Air Traffic Management systems in support of a Single European Sky. iTEC (interoperability Through European Collaboration) is the next-generation air traffic management systems technology that brings together the air navigation service providers. The existing members of iTEC already account for more than a third of Europe’s air traffic.

The agreement announced today paves the way for Norway to join the UK, Germany, Spain and Netherlands in the use of iTEC as a common flight data processing system and is a major step towards the creation of a single, efficiently structured European airspace. The iTEC system will enable an increase in airspace capacity while improving safety and reducing emissions through the introduction of ‘free route airspace’, 4D trajectory-based operations and flight path monitoring.

A “vital” transition for Avinor

Commenting on the news, Anders Kirsebom said: “For us, it is vital to transition to an upgraded and interoperable system which enables us to deliver on the targets SESAR and the Single European Sky programme, at a lowest possible cost, risk and complexity. Entering the iTEC alliance in close cooperation with NATS will enable us to provide the best possible services to our customers while maintaining our attractive unit rate.”

Martin Rolfe added: “We’re delighted to welcome Avinor to the iTEC alliance. The introduction of iTEC is a major step in modernising air traffic management and the addition of Avinor will extend the benefits to even more airspace users. We are looking forward to working with them and the other members to help achieve the goals of a Single European Sky.”

During the World ATM Congress in March it was also announced that the Polish ANSP, PANSA and Lithuanian ANSP, Oro Navigacija plan to join.