Posted: 3 May 2016 | Mandy Parrett, Editorial Assistant | No comments yet

Passenger figures continue their upward trend at Queen Alia International Airport (QAIA) during the first quarter of 2016, as reported by AIG. 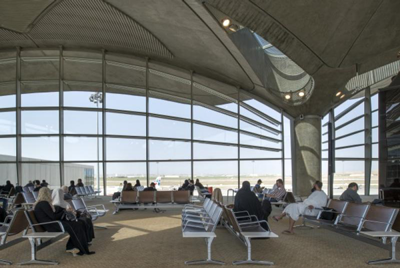 Passenger figures continue their upward trend at Queen Alia International Airport (QAIA) during the first quarter of 2016, as reported by AIG. In the first three months of 2016 Jordan’s largest airport accommodated a total of 1,639,519 passengers, registering an increase of 8.5% in year-to-date passenger traffic (PAX) in comparison to the first quarter of 2015.

March on up at QAIA

According to statistics released by Airport International Group (AIG) – the Jordanian company responsible for the rehabilitation, expansion and operation of QAIA – the first quarter of 2016 has seen year-to-date aircraft movement (ACM) figures climb by 9.3%, and handled cargo rise by a considerable 10.2% compared to the same period last year.

QAIA pleased with the figures

“Witnessing consistent improvements in year-on-year PAX, ACM and cargo traffic figures, we are extremely pleased with QAIA’s positive Q1 results, which indicate a trend of robust growth across the board,” said Kjeld Binger, CEO of Airport International Group (AIG). “We look forward to building upon these successes in order to achieve further development, as we continue to ensure that the Kingdom’s prime gateway to the world remains a source of pride to all Jordanians.”