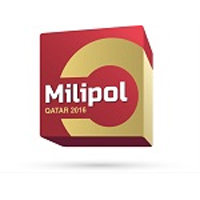 The organisers of Milipol Qatar – the region’s most influential event for Homeland Security – have officially announced the dates for the 11th edition of Milipol Qatar, a biennial event. The international trade exhibition, will take place at the Doha Exhibition and Convention Center, West Bay, Doha from October 31 to November 2, 2016.

Organized by the Ministry of Interior of the State of Qatar in partnership with the French-based Comexposium Security, this year’s exhibition will also feature conferences covering key topics such as critical infrastructure protection, crisis management & resilience, and safe cities, crowd & large events security management.

The half-day session on critical infrastructure protection scheduled in the afternoon of October 31 will feature internationally recognized experts who will share their insights on how to strengthen threat awareness, emergency preparedness and responsiveness.

Meanwhile, two half-day sessions will take place in the morning and afternoon of November 1. The morning session, which will be on crisis management & resilience, will focus on response, resilience, continuity and security issues arising from large scale natural and man-made disasters, emergencies and terrorist attacks. On the other hand, the afternoon session on safe cities, crowd & large events security management will help delegates understand the key threats that cities are facing.

Milipol Qatar 2016 is expected to witness participation from leading regional and global firms looking to showcase their latest products and service innovations in the fields of security, safety, detection and prevention equipment and systems, as well as various other defence supplies during the course of the three-day event. Significantly, the event’s venue – the Doha Exhibition and Convention Centre – provides easy access for participants, with the added convenience of spacious parking facilities and expansive retail area.

Sectors for which security products and services are expected to be showcased at Milipol Qatar 2016 include police forces, coastal and border security, airport and port security, customs, special security forces, civil defence and other sensitive areas such as oil and gas industry sites.

“With a rapidly changing security threat landscape and increasing security concerns in play, both in the Middle East region and globally, Milipol Qatar 2016 will provide the perfect venue for all homeland security requirements,” said Muriel Kafantaris, Exhibition Director, Milipol events. “With the expected presence of the latest products and services to address a constantly evolving internal security environment, we are confident that the event will cater to the homeland security needs of Qatar and other countries in the Middle East region just like it did in the previous editions and more.”

As part of the continuous efforts exerted by Milipol committee in preparation for MIlipol Qatar 2016, a delegation from Milipol Qatar and another from Milipol Paris will participate in the “International Exhibition for Security and National Resilience”, which will be held from 15 to March 17, 2016 at the Abu Dhabi National Exhibition Centre, Abu Dhabi, United Arab Emirates.

The 2014 edition of Milipol Qatar had 261 exhibitors from 36 countries. It was attended by 6,583 visitors from 63 countries. Thirty nations were also officially represented by 146 delegations. The event saw the Ministry of Interior of the State of Qatar alone carry out business deals worth nearly US$ 85 million (QR 309 million).