According to NATS, the air navigation services specialist, a trial to reduce Heathrow holding times has proved to be so successful it has now entered full operational service. The Heathrow holding times project was implemented in April 2014, cutting times for those aircraft in the trial by up to a minute. Known as cross-border arrivals […] 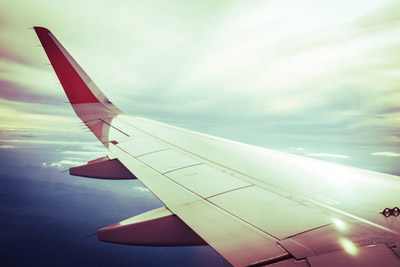 According to NATS, the air navigation services specialist, a trial to reduce Heathrow holding times has proved to be so successful it has now entered full operational service. The Heathrow holding times project was implemented in April 2014, cutting times for those aircraft in the trial by up to a minute. Known as cross-border arrivals management – or XMAN – the procedure sees NATS air traffic controllers in the UK working with those in the surrounding airspace in France, Ireland, Belgium and the Netherlands to slow aircraft down up to 350 miles away from London in order to minimise holding times on arrival.

Traditionally, NATS could only influence an aircraft’s approach once it entered UK airspace, which can be only 80 miles from the airport. This previously limited the chance to manage the inbound flow of traffic. According to NATS absorbing delay in the en-route phase has equated to annual savings of 8,000 tonnes of CO2 and £1.65m in fuel, as well as a reduction in noise for communities beneath the holding stacks.

Heathrow holding times project to cut 8,000 tonnes of CO2 and save £1.65m in fuel annually

The project is an inter-FAB (Functional Airspace Block) collaboration between the UK-Ireland FAB and FABEC. It is led by NATS at Swanwick and Prestwick centres in partnership with DSNA in France; the Irish Aviation Authority; EUROCONTROL in Maastricht; and Heathrow Airport, and is part of a broader strategy to eliminate stack holding for Heathrow in the longer term. The XMAN procedure has not yet been made permanent with the IAA. This is scheduled for September 2016 following the implementation of electronic data transfer technology by NATS. Juliet Kennedy, Operations Director at the NATS Swanwick control centre, said the project’s achievements were significant: “This is another world first for NATS and the success we’ve achieved by working with our international partners translates into real benefits for our customers. Even though the system is now in full operational service, we will continue to make enhancements that will help us deliver even greater time, fuel and emission savings.”

Jon Proudlove, Interim Airside Director at Heathrow, added: “We are pleased that this unique and sustainable way of managing cross-border arrivals is being put into place permanently, helping to reduce emissions and noise, and ultimately moving Heathrow forward in its ambitions to be the world’s most environmentally friendly airport. Our work is not done yet and we will keep working with NATS and other partners to not only maximise the environmental benefits of leading-edge tools like this, but also how they support our delivery to plan, ensuring a world class passenger experience at Heathrow.”