A new report published today suggests expansion at London Luton Airport will bring a further £1 billion annually to the economy and create 10,500 new jobs over the next 15 years. London Luton Airport currently supports £1.3 billion of economic activity and 27,200 jobs. The airport has already begun a £110 million investment programme to […] 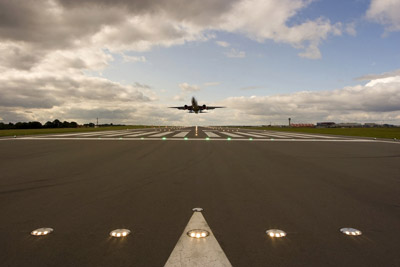 A new report published today suggests expansion at London Luton Airport will bring a further £1 billion annually to the economy and create 10,500 new jobs over the next 15 years. London Luton Airport currently supports £1.3 billion of economic activity and 27,200 jobs. The airport has already begun a £110 million investment programme to redevelop and expand the airport by 2020, increasing capacity from 12 million to 18 million passengers per year. The report highlights the importance of airports like London Luton as a short-medium term solution for dealing with additional airport capacity in the South East as suggested the recent Davies Commission report.

According to the study carry out by Oxford Economics, the airport generates a large proportion of highly skilled jobs for the region and with expansion will create 40 percent more jobs in management, professional or skilled occupations. The report coincides with a 24 percent increase in passenger traffic recorded in November 2015 compared to the previous year, making London Luton the fastest growing airport in the UK. The airport has also revealed growth in the number of routes with an additional 20 added this year and welcomed four new airline partners in 2015.

Nick Barton, CEO of London Luton Airport, commented: “This report vividly illustrates the economic benefits that LLA brings to the local and regional economy. As we deliver on our ambitious £110 million plans to transform the airport, we will be working hard to ensure that our region and local communities reap the maximum benefit and share in our success. “The report is very timely as the government considers the location of a new runway in South East England. The Airports Commission made clear that it is imperative for the UK’s international competitiveness that airports such as LLA grow. Our redevelopment will ensure that we continue to punch above our weight within London’s six runway system, delivering greater choice, value and service to passengers.”

Councillor Andrew Malcolm of Luton Borough Council commented: “London Luton Airport already makes a huge contribution to the economy of Luton and the Three Counties area. This report illustrates how the airport’s expansion will ensure that it continues to deliver prosperity and jobs for local people through its investment and redevelopment programme.”

Cheryl Smart MBE, CEO of Bedfordshire Chamber of Commerce, commented: “This report lays out the scale of the opportunity presented by LLA’s growth. LLA is a hugely valuable asset for the region’s business community. Many local firms cite the proximity of the airport is a key driver in their choice to locate or expand in Bedfordshire.”

Results of the Oxford Economics Report into the economic impact of London Luton Airport can be downloaded here.