The Chancellor has announced in the Autumn Budget that air passenger duty will be halved for domestic flights with a new ‘ultra-long-haul band’ to be introduced. 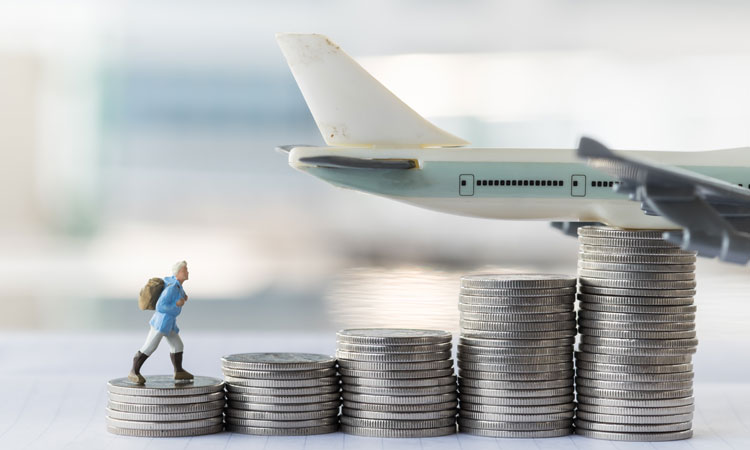 Chancellor Rishi Sunak has today announced that air passenger duty (APD) for domestic flights between airports in England, Scotland, Wales and Northern Ireland will be cut by 50 per cent from April 2023.

However, a new ‘ultra-long-haul band’ covering flights over 5,500 miles will mean that long-haul flyers will pay slightly more. Sunak said that less than five per cent of passengers will pay more.

Matthew Hall, Chief Executive of George Best Belfast City Airport, said: “For many years, the airport has been lobbying government for the abolishment of airport passenger duty.

“A 50 per cent reduction in APD is a half-way house in terms of solving a problem which has placed the aviation sector in Northern Ireland at a competitive disadvantage with other regions in attracting new airlines and routes.

“Today’s announcement by the Chancellor will not take effect until April 2023 and does little in the short-term to alleviate a sector still decimated by COVID.

“The importance of air connectivity as an economic driver for the region cannot be underestimated.”

Commenting on the Budget, Airport Operators Association Chief Executive, Karen Dee, said: “We are pleased that the government has listened and extended for a further six months the Airport and Ground Operations Support Scheme (AGOSS), which will provide some much needed financial relief for airports in England devasted by the ongoing COVID-19 crisis. However, this will not benefit business/GA airports or be very much help to our largest airports, as it is capped at a level far below their business rates bills.

“The correction to the long-standing taxation of APD for return leg flights for domestic journeys to a lower rate is very much welcomed and will boost domestic connectivity, particularly for communities with few reasonable alternative transport options and also benefit regional airports. But it is disappointing that government is delaying these benefits by not implementing the measure until 2023. In addition, cutting domestic APD on the one hand while increasing it on long-haul travel (also from 2023) may make sense on a Treasury spreadsheet but shows a fundamental misunderstanding of how the UK relies on aviation for its prosperity.

“The UK government’s ambition to create “Global Britain” has seen Ministers invest in improving our trading relationships with key markets across the globe, particularly with Australia and New Zealand. Increasing the tax on the only way to travel to these countries fundamentally undermines that ambition and effort.

“Not only will UK businesses now be penalised for travelling to seek out opportunities and build new trading relationships, there will also be fewer opportunities to get our goods to market. 40% by value of the UK’s non-EU exports travels by air, the majority of which flies in the bellyhold of passenger aircraft. Any increase in APD will affect airline passenger capacity on those routes and therefore also reduce freight capacity.”