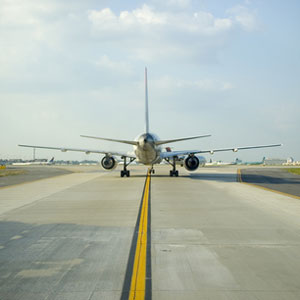 London Gatwick has submitted an in-depth assessment of Heathrow’s argument that only by expanding their airport can meet the UK’s future aviation needs. The 24-page submission to the Airports Commission is a direct response to Heathrow issuing several documents in recent months attacking Gatwick’s case for expansion.

London Gatwick Chief Executive, Stewart Wingate, said: “Gatwick’s case for a second runway is compelling. Compared to Heathrow we are cheaper, quicker, have a significantly lower environmental impact and we are the most deliverable solution. Since the breakup of BAA, passengers have enjoyed the huge benefits of competition with Gatwick free to invest, attract airlines and provide genuine quality and choice for passengers. We want passengers and airlines to continue to benefit from that competitive market with a second runway at Gatwick. Heathrow’s answer for passengers is to re-establish their monopoly which will mean high fares forever, and huge environmental damage to their local communities.”

Heathrow has stated its case for a new runway on the basis that only a hub airport, and therefore only Heathrow, can attract and sustain long haul services and published its attack on “Gatwick’s 10 years of failure” to make the point.

All airports see routes come and go year-on-year. Heathrow is no different. Route churn is not the indicator of success or failure. Leaving aside the fact that Gatwick lost many of these routes when it was under the ownership of BAA (now Heathrow), the commercial nature of airlines means that route churn is a reality for all airports. In 2013, Gatwick has added 6 and lost 5, while Heathrow has added 2 and lost 4.

Under new management and through a heavy investment programme to physically transform the airport, Gatwick now has direct flights on sale to long haul and emerging markets including Indonesia, Russia, China, New York, Los Angeles and Vietnam. The airport already serves more UK and international destinations than any other UK airport, providing the destinations people want at prices they can afford.

Heathrow’s backward looking 10 year focus to support its argument demonstrates its weakness which is highlighted by looking at the implications of current trends and most likely future traffic growth scenarios – almost all of which support the Gatwick and not the Heathrow growth option.

For example, Heathrow has ignored the importance of the short haul markets and the Low Cost Carrier model. 70% of London demand today is from the UK and Europe. This is unlikely to change significantly in the decades to come as Europe will remain by far the UK’s largest trading partner. Low Cost Carriers will account for the majority of this growth yet they cannot operate out of Heathrow. The physical constraints at Heathrow make quick turnaround times impossible. Heathrow’s very high passenger charges price LCCs out of the airport today even before adding in the costs of any third runway in the future.

The Gatwick option on the other hand will deliver the right type of capacity that the UK needs and is able to serve all airlines models and the demands of the future. Unlike Heathrow, Gatwick has the ability to service both low cost and full service airlines as well as both transfer passengers and people flying direct. Gatwick is one of the cheapest airports in Europe for passenger fees with some of the highest service standards. Heathrow is already unaffordable for the Low Cost airlines and its expensive expansion could strangle the growth of the Low Cost Carriers, damaging the fastest growing and most transformational segment of the aviation market.

In relation to the many other critical criteria the Airports Commission must consider, including air quality, noise, health, social impacts, surface access and construction disruption, the Gatwick option is clearly much more attractive. Expanding Heathrow would be bad for the environment and bring huge delivery risks. Heathrow already has greater noise impact than all the other European hub airports put together. In addition, there would be huge delivery risks on two of the proposed third runway options which go across the M25. It would also create massive overloading of road access to the airport. The Gatwick option on the other hand has minimal construction complexity and so can be built more quickly and more cost effectively. A two runway Gatwick will also affect fewer than 5% of the people Heathrow impacts today.

The Commission has a choice; promote a three-runway Heathrow supported by a one-runway Gatwick or a two-runway Heathrow complemented by a two-runway Gatwick. It is clear that building the next new runway at Gatwick is the best and most deliverable option for the UK. It will generate the most competition, offer most choice and exert most price discipline on both airports and airlines. The lower airline fares will stimulate demand which in turn will generate more growth and more routes and frequencies. Furthermore, a choice of airports will offer more convenient access and shorter journey times to more travellers within London and the South East and it will avoid the excessive overloading of surface access (especially road access) that would occur under the Heathrow expansion plan.

The Gatwick option is the right choice for the future.