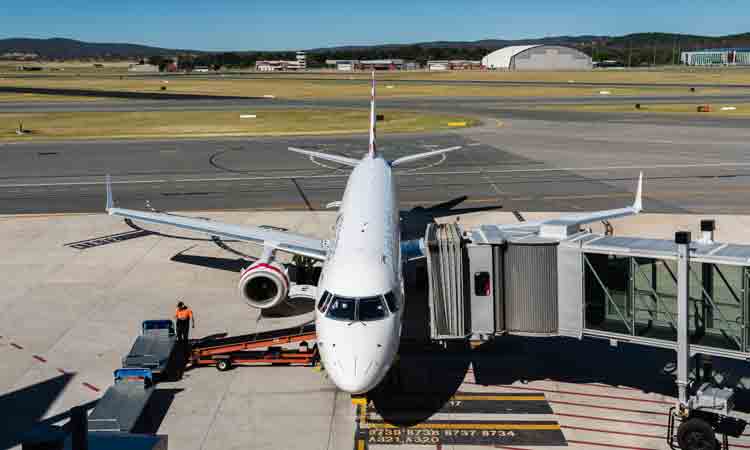 Michael Thomson, Head of Aviation Canberra Airport, said: “Taxiway Bravo aligns with our long-term vision as a world-class, small international airport to be as safe and efficient as possible and provide the best travel experience we can, now and well into the future.”

Zarko Danilov, Head of Projects at Canberra Airport, said: “Around 150 people have worked tirelessly on this build to create a 1.6km taxiway enabling large international aircraft – and domestic planes –to move more safely around the airfield.

“The taxiway will also allow aircraft to move quickly from landing back to the terminal, in turn reducing travel time for passengers.

“It may just look like a large road to many, however, to build such a road capable of carrying planes in excess of 180 tonnes takes some serious engineering and a lot of hard work. It is as wide as a four-lane highway, over two metres deep and required 115,000m3 of select fill and gravel with special physical properties to be used as a road base.

“The existing taxiway network north of the terminal was built in the 1940s, so we were certainly due for an upgrade. Taxiway Bravo eliminates the need for planes to cross the main runway (which is the current arrangement) and clears the path for more planes landing or taking off. In short it makes the whole airfield safer and more efficient.”