By trialling the BAC Canine Program, Brisbane Airport hopes to ensure the safety of aircraft at the airport and reduce the risk of wildlife strikes. 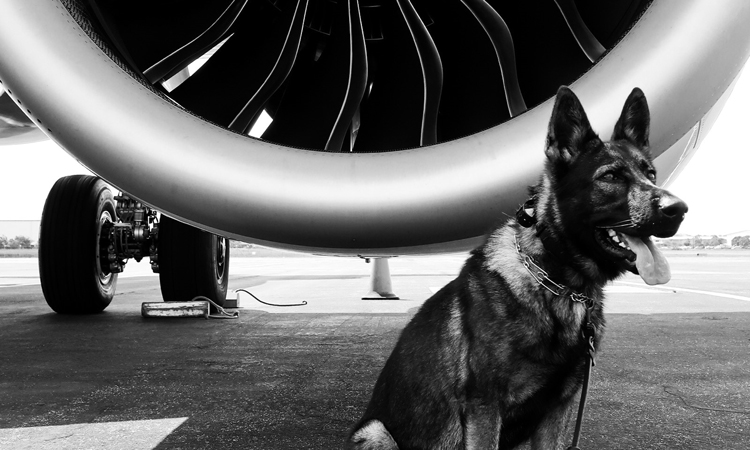 Brisbane Airport Corporation (BAC) has announced that it is set to strengthen its comprehensive wildlife management strategy and ensure safety of aircraft at the airport by trialling the use of a canine.

BAC’s Wildlife Management and Planning Coordinator, Jackson Ring, said: “While confirmed wildlife strike occurrences are extremely low, accounting for around 0.00059 per cent of aircraft movements at Brisbane Airport, we take the risk associated with wildlife at our airport seriously and continually invest in programmes and research projects aimed to reduce the risk of wildlife strikes.”

A German Shepherd, by the name of Ozzie, that failed to make the grade as a police dog with the Queensland Police Service (QPS), has been chosen for the trial of BAC’s Canine Program. BAC has worked closely with the QPS to facilitate Ozzie’s training, which is currently ongoing.

Ring added: “The canine programme complements the existing and passive management strategies already implemented at Brisbane Airport to reduce the frequency and severity of wildlife strikes. The real difference here is that Ozzie is a true predator, not a perceived threat like a number of our other strategies, so it eliminates the problems of habituation. It also aligns with our commitment to implementing non-lethal forms of wildlife management.”

Ring concluded: “The purpose of Ozzie on the airfield is to act as a predator and deter wildlife from the current and new airfields. He is driven by the ball, so in the process of throwing and fetching, wildlife is scared off the airfield. He is a bundle of energy and has determination that enables more efficient coverage of a larger area, which is crucial with the new runway becoming operational in July 2020.”