New Heraklion airport backed by €180 million loan from the EIB 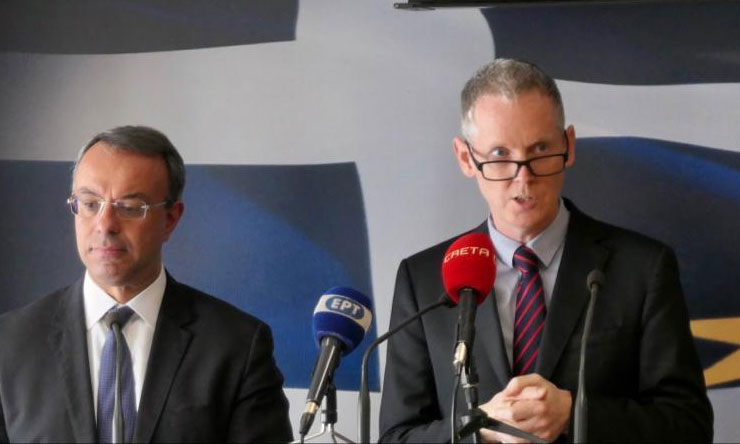 The European Investment Bank has announced its decision to provide a loan of €180 million to help construct the New Heraklion International Airport on the Greek island of Crete.

The new airport will replace the current airport serving Heraklion.

“This marks a key milestone in the history of aviation in Greece that will unlock the full tourism potential of the beautiful island of Crete. I welcome the support of the European Investment Bank for the new Heraklion Airport that will create thousands of jobs during construction and when operational, and ensure a warm welcome for millions of visitors to Greece in the years to come,” said Christos Staikouras, Minister of Finance of the Hellenic Republic and Governor of the European Investment Bank.

The Minister of Infrastructure and Transport, Kostas Karamanlis, said: “We are truly pleased that a major development project is underway; the new airport of Heraklion in the area of Kasteli. A very important project for the island of Crete, but also for our tourism as a whole. The European Investment Bank is our steady ally, our cooperation is excellent and EIB’s contribution is invaluable.”

“The European Investment Bank recognises the importance of new investment to increase passenger capacity, improve security and support growth of the tourism sector in Greece. The EUR loan will enable construction of the new Heraklion airport to finally start after many years of planning and delay. The EIB recognises the commitment to re-develop the existing Heraklion Airport area to unlock economic, environmental and social benefits. This redevelopment is an integral part of our loan conditions,” said Andrew McDowell, European Investment Bank Vice President, responsible for lending operations in Greece.

The 28-year EIB loan to the Hellenic Republic will finance the state contribution to the €517 million project.

Construction of the new Heraklion airport is expected to take five years. The project will include a new 18km motorway and six-kilometre access road.

In recent years the European Investment Bank has financed long-term airport investment in Frankfurt, Amsterdam, London, Madrid, Budapest, Helsinki, Zagreb and Beijing. The EIB also backed construction of the new Athens airport and the upgrade of 14 regional airports across Greece.

Airport adaptability is key in responding to the most unexpected scenario: COVID-19