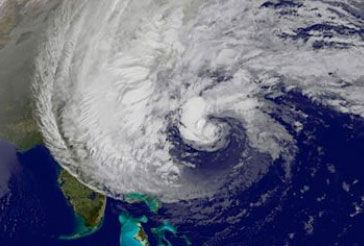 Passenger demand rose 2.8% compared to October 2011, but declined 0.5% compared to September. Capacity increased by 2.3% over the year-ago period, and load factor rose 0.4 percentage points to 78.8%.

October freight demand was 3.5% below the previous year level and declined 2.2% compared to September. The freight load factor weakened to 46.1% from 46.7% a year ago.

“Slowing world trade and weak business confidence are affecting demand for air travel, while Hurricane Sandy delivered a concentrated punch to US domestic and North Atlantic travel. And its impact was felt globally,” said Tony Tyler, IATA’s Director General and CEO. “Airlines are managing the softer passenger demand environment by limiting capacity growth to keep load factors high. But the rapid decline in freight traffic is outrunning the industry’s ability to respond.”

October international passenger demand was up 3.2% compared to the year-ago period, but contracted 0.2% compared to September. Several regions saw demand weaken compared to the prior month but in some cases results were affected by Hurricane Sandy, which struck the US East Coast in late October. International capacity rose 2.2% year-over-year and the load factor rose 0.8 percentage points to 78.3%.

Domestic markets rose 2.1% in October compared to a year ago, down from a 2.5% year-on-year rise recorded in September. The domestic market growth trend has been soft throughout most of 2012, and the market shrank 0.9% between September and October, partly owing to the impact of Hurricane Sandy on the US domestic market. Weakness in India, Japan and the US, stands in stark contrast to the strong growth experienced in China and Brazil.

Air freight demand fell sharply in October, down 3.5% compared to October 2011 after being up 0.9% in September. The weakness in demand continues to be focused on Asia-Pacific airlines, while Middle East carriers experienced strong demand growth. Airlines reduced freight capacity 0.9% in October compared to September, but this was not sufficient to offset the demand decline with the result that unlike in passenger markets, freight load factors have started to weaken.

Hurricane Sandy was the big news story of October for the aviation industry. In total, nearly 17,000 flights were cancelled to the five most affected airports (the three New York area airports of John F. Kennedy, Newark and LaGuardia as well as Washington-Dulles and Philadelphia). At the peak of the storm on Monday 29 October 8-9% of global capacity was grounded which is equal to 1.6 billion available seat kilometers.

A conservative estimate of lost revenues as a result of the hurricane is $0.5 billion. While there would be some savings from unused fuel, additional costs including those for passenger care and out-of-position crew would have been incurred.

“The human toll and physical destruction of Hurricane Sandy remain foremost in our minds. It also dealt the airline industry a $0.5 billion blow at a time when it can least afford it,” said Tyler. “At the same time, the disruption of thousands of flights demonstrated just how connected the aviation industry has made the world. Direct flight cancellations reached airports as far apart as Singapore, Johannesburg and Santiago. Meetings were cancelled, shipments delayed, conferences postponed and supply chains disrupted. A smooth functioning aviation industry is a critical component of modern life that is often taken for granted.”

Globally air transport provides jobs for some 57 million people and supports $2.2 trillion in economic activity by connecting people and goods on 35,000 routes.