As part of Stansted Airport’s multi-million transformation project, the new baggage delivery system upgrades are progressing at a significant pace. 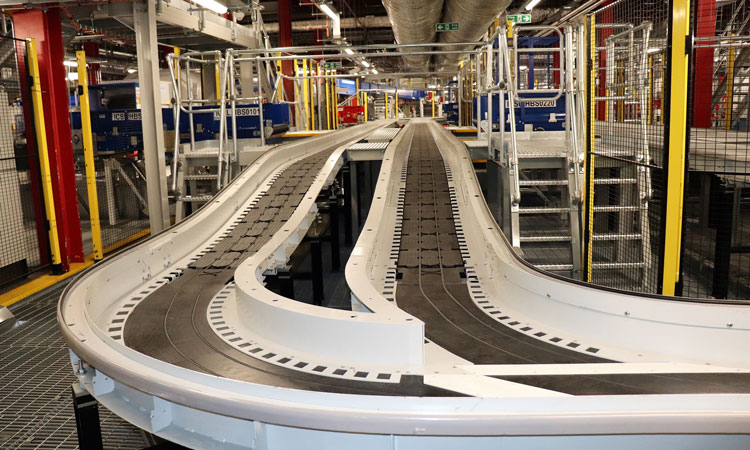 Marking two years since the beginning of its multi-million-pound transformation project, London Stansted Airport (STN) has announced that one of its most complex and important upgrade projects, a brand-new baggage handling system, is progressing significantly behind the scenes.

The new system is the result of a £59 million investment into baggage handling and delivery; the project will update the huge network of conveyor belts, lifts and chutes below the main terminal.

Change Director for the Stansted Transformation Project, John Farrow, said: “We’re absolutely delighted to reach the first major milestone in the hold baggage system project. While passengers simply hand their baggage in at check in for their journey, below the terminal is a highly automated and complex system that seamlessly and safely ensures the right bag reaches the right flight.”

Farrow continued: “Over the next couple of years, the whole landscape of the baggage hall will change as we remodel the layout with a new fast-track system which will span the full length of the terminal. The new system will future proof the airport for years to come giving us flexibility to allow us to accommodate new airlines and prepare us for the next phase of our terminal redevelopment work.”

The first phase of the upgrade project involved carefully constructing new chutes and track in and around the current system of conveyer belts, in order to ensure that the airport could remain fully operational and continue to process the average of 30,000 bags handled daily.

The current works are being undertaken alongside improvements to the airport’s check-in areas and the installation of EU regulation-required new hi-tech ‘Standard 3’ baggage scanners.

Upon estimated completion in two years’ time, new baggage carts will speed luggage around the network at 18km/h, taking approximately six minutes for each bag to travel from check-in to the aircraft.