Wellington Airport has revealed its 2040 masterplan

Wellington Airport has released its plans for the next 20 years, which includes a terminal expansion and runway improvements. 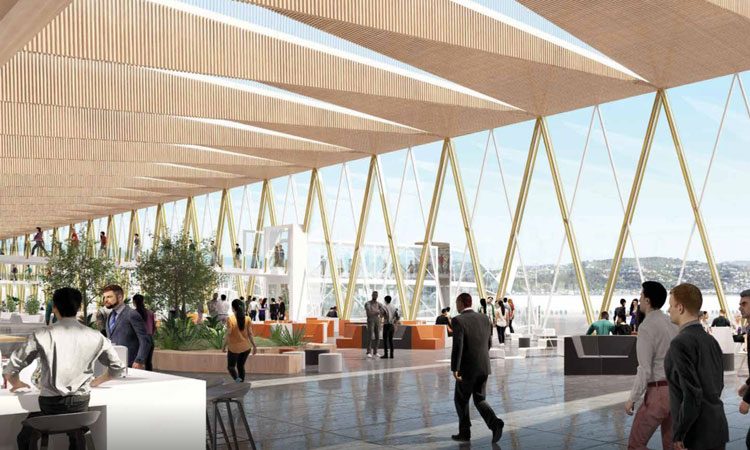 A new masterplan has been released by Wellington Airport showing how it will accommodate future growth for the region over the next 20 years.

Under the plans, a new multi-purpose domestic and international jet terminal would be constructed that will extend to the south of the existing terminal, with the surrounding car parking areas repurposed for jet aircraft.

Meanwhile, the northern parts of the terminal will be converted for regional traffic – essentially ‘flipping’ the terminals around.

By 2040 the airport is expected to double its economic contribution to the region from $2.3 to $4.3 billion per year, facilitating more than 22,000 jobs.

Steve Sanderson, Chief Executive of Wellington Airport, said the masterplan shows how the airport will cater for a doubling in travellers from 6.4 million today to the 12 million that are expected to pass through every year by 2040.

“The recent terminal expansion has done well to keep pace with domestic growth but the international facilities are already facing congestion at peak times,” Sanderson said. “The forecast growth will mean demand will exceed existing capacity and we need additional land to accommodate the airport’s operations and the new generation of aircraft that are carrying increasing numbers of passengers more efficiently.”

As an international airport, Wellington has a small 110 hectare footprint compared to Auckland Airport’s 1,500 hectares and Christchurch’s 750 hectares, said Sanderson.

“This has made us one of the most efficient and innovative airports in the world – but it limits our options. Growth to the south and east is the most feasible option given the airport’s geographical constraints,” Sanderson continued. “Our growth will play a pivotal role in shaping Wellington’s future. This project also represents one of the largest investments in infrastructure in the region and will generate additional construction jobs and other opportunities for Wellingtonians.”

Domestic aviation contributes to about one per cent of New Zealand’s total carbon emissions. While Wellington’s passenger numbers are forecast to double in 20 years, likely commercial aircraft movements are forecast to increase by 25 per cent. However, the next generation aircraft are 20-30 per cent more efficient and Wellington Airport is targeting a 30 per cent reduction in its operational emissions by 2030.

“While the number of travellers are growing, there is a significant number of people moving between the eastern suburbs to the city centre and beyond,” Sanderson said. “We need a world-class 21st century multimodal transport solution which meets the needs of motorists and those choosing public transport. Wellington Airport will be ready to enable any public transport solution, but ideally it links directly to the city centre in order to provide the maximum benefit for current and future travellers.”