A step towards a digital revolution in air traffic control

The aviation industry is currently facing extreme growth in air traffic. In European airspace, for example, 33,000 flights per day are being recorded on average. According to EUROCONTROL, there will be almost twice as many flights by 2030. The tasks of the players involved in the complex aviation system will become even more demanding. More digitalisation is one answer to cope with this growth. The German air navigation service provider, DFS Deutsche Flugsicherung, has completed an important milestone with remote tower control; learning some important lessons along the way. Prof. Klaus-Dieter Scheurle, Chairman of the DFS Board of Managing Directors, reveals the fruits of this work. 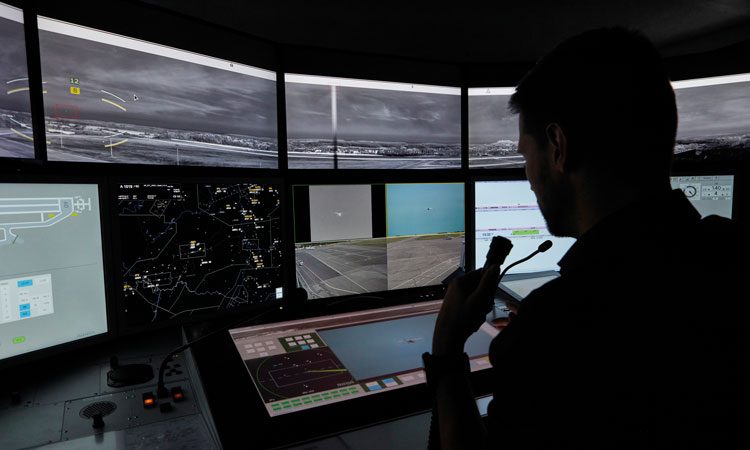 Given the sharp increase in air traffic, air navigation service providers are faced with several challenges to ensure that they continue to control flights safely, orderly and punctually. On the one hand, more flexibility is needed regarding the scheduling of air traffic controllers. However, this alone cannot be the answer to the challenges of the future. For this reason, more efficient technologies, digitalisation and new structures will have to be at the forefront. Remote tower control (RTC) The introduction of remote tower technologies is an important step on the way to more digitalisation.

Since its introduction in December 2018, controllers have handled more than 2,500 flights at Saarbrücken from the DFS Remote Tower Control Centre. The RTC Centre in Leipzig, which is located 450km away from Saarbrücken Airport, has handled all take-offs and landings safely and without delays.

Step-by-step, more airports will be added to the RTC Centre. Erfurt Airport will be connected in 2020, followed by Dresden Airport. Erfurt Airport has a similar number of aircraft movements to Saarbrücken. Dresden Airport has more than twice as many flights as the other two – in 2017 there were 36,480 movements – and operates a lot of mixed traffic.

These additions will enable DFS to exploit the full potential of RTC and increase efficiency. Thanks to synergies, DFS saves costs for air traffic control equipment, tower maintenance and can plan controller shifts more flexibly after controllers have acquired the licence endorsements required to control more than one airport.

For the controllers, the job will become more attractive, more digital and more modern. It will offer more variety than is the case today at similar medium-sized single-runway locations.

An extension of the project to other singlerunway airports is conceivable in the future.

The technical solution and the overall concept are very advanced and deliver accurate results thanks to years of research and development.

An advanced camera system with high-definition video and infrared cameras delivers a permanent 360-degree view of the airport. The controllers in Leipzig can adjust the view between 190 and 360 degrees to the traffic situation and switch between full high definition (HD) and infrared views. In addition, the system can automatically detect movements and highlight up to 256 objects in parallel. Complementary pan-tilt-zoom cameras can track objects and work like automatic binoculars. High-performance sensors mean the system can deliver safe and efficient operations in both good and adverse visual meteorological conditions. Additional adaptations are planned for next year. For instance, the aircraft on the panoramic display will then have labels with integrated flight plan data, which can be displayed or hidden. The entire camera system installed at the airport is heated and equipped with a cleaning system so that the cameras can neither fog up nor get dirty or iced up.

The overall concept is tailored to the needs of air traffic controllers, who were involved in the development from the outset. Operational concept and procedures were not changed.

The first research initiatives on RTC and its feasibility started back in 2012 in Germany with a Human Factors Study together with the German Aerospace Centre. The redundant system was then developed in iterative steps – from selecting the technical solutions to numerous demonstrations, tests, trainings, simulations and live operations, until the final approval by the German Federal Supervisory Authority for Air Navigation Services.

Remote virtual tower solutions have generated high interest worldwide. Therefore, the DFS Group and the Austrian high-tech company Frequentis, which developed the RTC system in use in Germany, have teamed up to deliver turnkey remote sensing solutions. DFS Aviation Services, a subsidiary of DFS, and Frequentis have set up a joint venture, named Frequentis DFS Aerosense, to combine their technological and operational expertise.

The remote tower solution can be customised for different scenarios. Based on a scalable and modular air traffic management platform, it is not only suitable for small- and medium-sized airports but also for contingency solutions and large airports. Digitalisation and virtualisation can support safety and productivity of air traffic services at airports.

The joint venture offers the whole range of services and products, including different camera systems and operational concepts. When starting with a remote tower project, it is fundamentally important to find the right solution depending on the envisioned use case. Equally important is the management of implementation, including training and transition, safety assessments and regulatory requirements.

The change management that comes with a fundamentally new concept is one of the great challenges.

RTC is a paradigm shift in air traffic control. With it, we are taking the first step into a new digital future.

Prof. Klaus-Dieter Scheurle is Chairman of the DFS Board of Managing Directors. His career started in law, at the Federal Ministry of Justice. He moved to the Federal Ministry of Posts and Telecommunications, where he was in charge of policy and regulation and eventually became the Founding President of the Regulatory Authority for Telecommunications and Posts (now the Federal Network Agency). Scheurle joined Credit Suisse First Boston as Managing Director in 2001 and was appointed State Secretary at the Federal Ministry of Transport, Building and Urban Affairs in 2009. It was during this function that he first got involved with DFS. Since June 2018, he has also been Chairman of the Federal Association of the German Air Transport Industry (BDL). 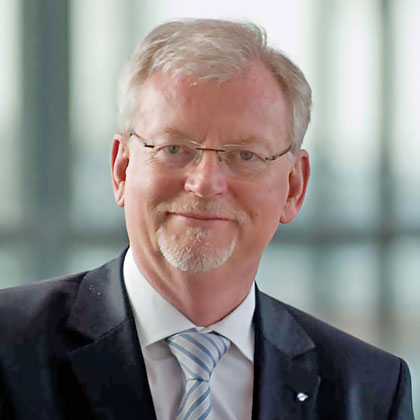