Mark Glover from International Airport Review spoke to René Verjans, Senior Advisor Crisis and Disaster Management at Amsterdam Schiphol Airport about the ARFF and recovery procedures in place at one of Europe’s busiest hubs. 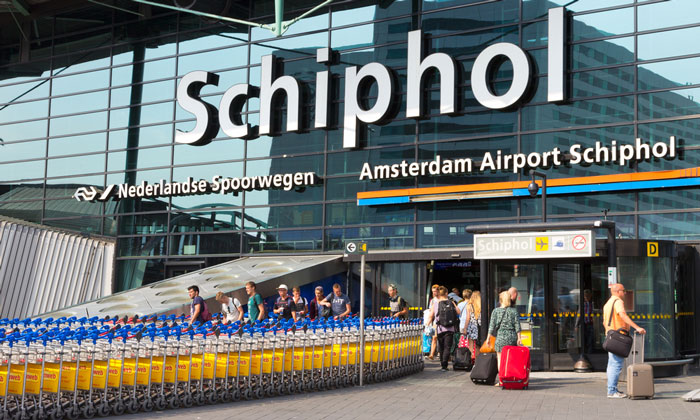 How are your staff prepared for emergency tasks at the airport?

René Verjans: We have a training ground here at Schiphol that we use to train staff in the more ‘standard’ emergency scenarios. For the ‘non-standard’ we use an on-site virtual reality facility and table top exercises. We also use the training facilities at Manston Airport in the South East of England. Here we are able to train our personnel in standard and nonstandard scenarios using real foams and powders and larger amounts of it, unfortunately there are not many training grounds where you can use large quantities of this material. We come to Manston once every three years, with the full ARFF team, which consists of 125 individuals, where we stay for two full days undergoing intense and vigorous ‘standard’ and ‘nonstandard’ training that covers a range of different scenarios involving the aircraft.

Do you work closely with the local emergency services?

We have a very close relationship with our safety region and the municipality’s emergency services as we undertake the structural fire fighting and assistance for them here at the airport. When there is a big accident or a ‘gold’ status there is a policy team that is put into place led by the Mayor which incorporates all emergency services within the locale.

What fire station facilities are on the airport?

We have five main runways here at Schiphol. Our main station, called ‘Sloten’, is located alongside the ‘Buitenveldertbaan’ runway. At this main station we have seven people on location including a Fire Commander, as well as Airport Fire Officers including three specialist drivers. We have two sub-stations; ‘Rijk’ which is located on the south-east side of the airport which also has seven personnel including a commander and three drivers, and ‘Vijfhuizen’, which is located on the runway ‘18R-36L’, again with seven fire fighters, a commander including three specialist drivers.

How many emergency incidents have there been at the airport over the last 10 years?

The average number of aircraft assistance calls over the last 10 years was approximately 100. In 2010 we had 77 and in 2011 we had 70, so the average has been decreasing in recent years. An example of an ‘aircraft assistance’ call-out would be when an aircraft has a problem with its brakes and would have to brake harder than usual, it can also be referred to as a ‘precautionary incident’ emergency. Over the last 10 years we have had a small amount of ‘emergency’ call-outs. An ‘emergency’ is classified as such, when there is, for example, smoke in the cabin or smoke in the cockpit or a pilot stating a ‘may day’ call. In the first instance the severity or classification of the incident will be established by the Airport Operations Manager based on information that will have been received from Air Traffic Control.

What do you think the main features of an effective ARFF service are?

Obviously a confident and efficient team of workers, where teamwork and communication is the priority. It is essential that everyone can work together, know one another in his or her tasks and feel they trust and have confidence in their colleagues. One of the factors we aim to give to our team, which is important for our commanders and officers, is the ability to quickly judge a situation and then deal with it, hence our thorough training programme. Of course, the human element is the most essential part and is a huge part of the process but you still need good equipment such as cutting tools and good vehicles and communication facilities. At Schiphol we have both which really assists us with our jobs.

How important is it to have consistent ARFF regulations?

Of course, Holland has the same consistent regulations across the country which is very important. We have regular meetings, four times per year with other airports within the country to discuss ideas and experiences to see how other airports run their procedures. We, for example, have experts in their field who will come in and pass on information to us, such as someone who knows about foams and powders. We would also discuss new regulations from ICAO and EASA and how we will approach them. Next year we will be looking to run an exchange programme with Maastricht, Groningen, Rotterdam-The Hague and Lelystad airports where staff from Schiphol will exchange with staff from these airports enabling all involved personnel to gain first hand insight into ARFF procedures across the country. The purpose is to learn from each other’s insights.

Do you think the economic climate in Europe will have an effect on your emergency procedure programme?

No, absolutely not, safety must always come first, regardless of economy. People count!

René Verjans studied Educational science at University of Utrecht. From 1998-2002 he was Manager of education in police region Hollands Midden and from 2002-2009 he was Manager of contingency planning and training at Fire Brigade of Amsterdam Airport, Schiphol.

Since 2009 René has been Senior Advisor in the field of crisis and disaster management, training and education at the Division of Safety Environment & Fire Brigade of Amsterdam Airport, Schiphol.