ARFF and recovery: Focusing on the best fire protection

Fire Protection Consultant, Mike Willson, questions whether we are using our best fire protection at airports and major hazard facilities. And if not, why not? 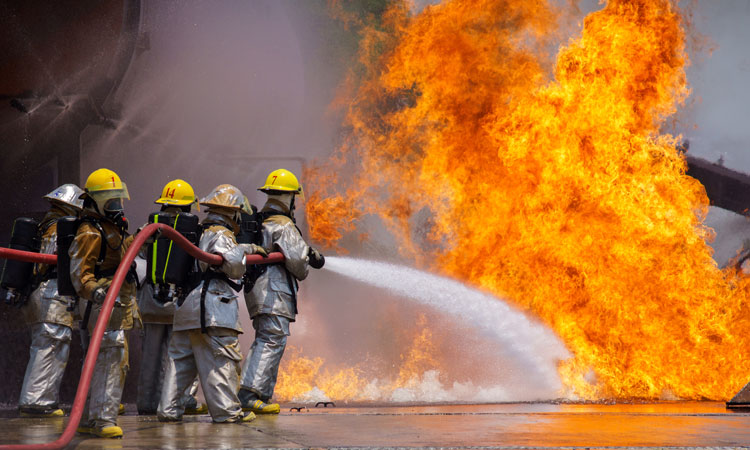 The passing of the Federal Aviation Administration (FAA)’s Re-Authorisation Act, in October 2018, confirmed that FAA-regulated airports “shall not require the use of fluorinated chemicals to meet the performance standards” within three years. 2018’s version of the National Fire Protection Association (NFPA) 403 has also changed, although this means fluorinated foams can still be used. The USA’s Washington State backed off a proposed complete per- and poly-fluoroalkyl substances (PFAS) ban, accepting fluorine free foam (F3) usage for firefighter training from July 2018, plus its amended PFAS restriction legislation passed in March 2018, specifically exempting major hazard facilities – airports, military, oil refineries, petroleum terminals and chemical plants from such restrictions – from July 2020 onwards: a sensible and precautionary approach.

Pre-2014, ICAO-specified Jet A1 fuel (flashpoint 38°C), widely used by commercial jets but un-ignitable with matches. Acceptance of broader Kerosene (37- 65°C flashpoint) is potentially easier to pass at Levels B and C, especially when relaxing extinction from 60 to 120 seconds.

‘Equivalency’ seems to end with application rates. Many major civil airports, such as Osaka, LaGuardia-NY and Sydney, jut into seas. Might they also require supplemental seawater in major plane crashes? This is an issue ICAO fails to address, potentially relevant when most detergent-based foams struggle with seawater, particularly at low application rates. 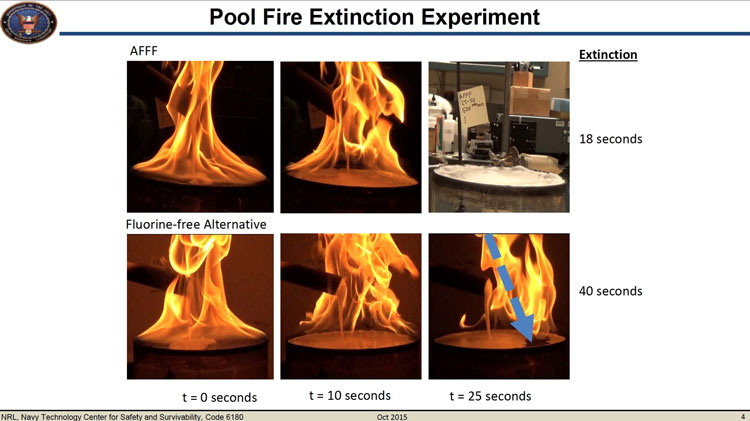 A 2016 F3 demonstration to ICAO Level B (why not Level C?) in Singapore was hurriedly switched to C6 AFFF because “too many environmental factors were not under our control to do F3”. Reportedly the day before F3 twice failed this Level B fire test, igniting the fuel separator displaying poor fire control. The C6 AFFF demo provided effective, reliable fire control and extinction, as expected. Why not F3? Three weeks earlier a major Boeing 777 engine fire at Singapore, was extinguished in two minutes using fluorinated AFFF/FFFP prior to safe evacuation of all 241 passengers and crew onboard.

Some certificated ICAO Level B (and potentially Level C) approval tests were conducted at 0°C with fuel at 5°C – failing test criteria. Cooler temperatures decrease fuel volatility, while increasing foam stability, making it easier to pass. In Dubai in 2016 a Boeing 777 aircraft fire continued burning in 48°C ambient conditions, until the aircraft was destroyed, despite a concerted foam attack. Miraculously all passengers and crew evacuated before foam delivery to a developing fuel fire. A brave firefighter tragically lost his life in a fuel tank explosion after nine minutes. Extensive foam application continued, but full fire control was not achieved until 16 hours after impact. F3 is reportedly used by the largest Middle East airport. Was it used in this incident or not? Over two years later we are still awaiting the final investigation report to find out.

Compelling testimonies from two leading F3 producers to U.S. Washington State House Environment Committee highlighted critical problems and likely adverse consequences, if a blanket PFAS ban was enforced, as happened January 2018 in South Australia. They explained: “Use non-fluorinated foams where ever you can but maintain the short chain chemistry AFFFs and AR-AFFFs that need to be used for critical situations like aircraft rescue firefighting and large catastrophic fuel-in-depth type fires. “Once you get to a situation where the foam actually has to plunge below the surface because of the application techniques, the fluorine free foams actually pick up some of that fuel and by the time the foam comes to the surface after plunging below it, it actually burns”.

Why are we allowing inferior AFFFs and most F3s which previously failed ICAO Level B, to now pass? How does that improve life safety for anyone? 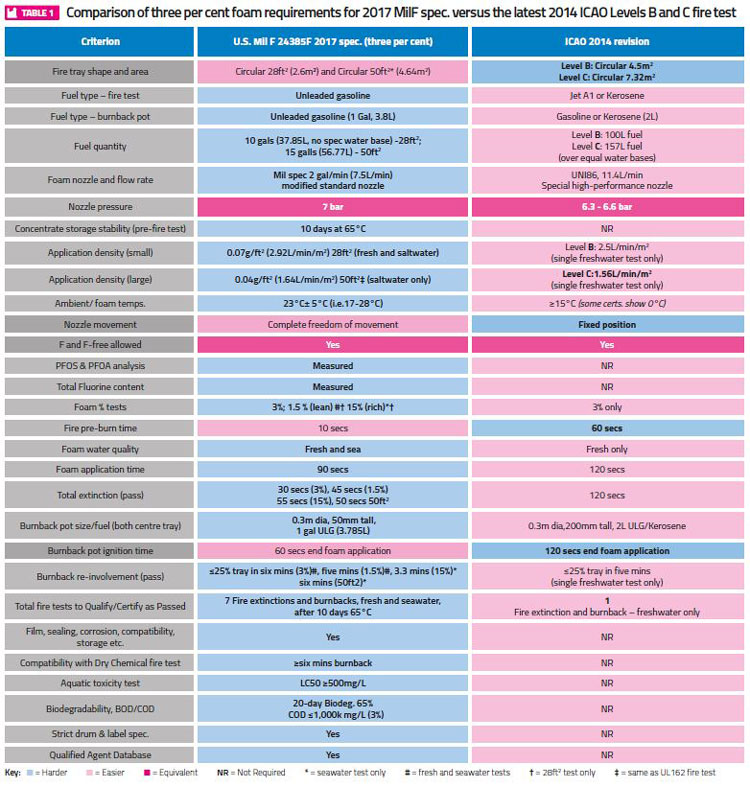 In my opinion, probably not. Particularly when any foams unable to quickly prevent all flames near aircraft evacuation points, should be treated with distrust – a sign fuel shedding and rapid vapour sealing abilities are lacking. Their criticality in AFFFs and absence in F3s was verified by 2012 U.S. research, confirmed by 2015 Naval Research Labs. Absence potentially leads to unpredictable or sudden flashbacks, rapid foam blanket destruction and re-involvement. It happens with poor quality AFFFs and F3s particularly when applied forcefully to volatile fuels, and fuel in-depth fires (≥25mm depth). Small-scale testing, extensively verified by large-scale tests (≥ 3,000m2 fire area) for AFFFs and other fluorinated foams, confirmed equally low application rates achieved. Is this true of F3s?

Mike Wilson graduated as an environmental scientist and has over 30 years of experience and specialist knowledge of firefighting foams, their development, systems, testing, differences, applications, fire performances and environmental impacts, for both fluorinated and fluorine free agents and their application systems. 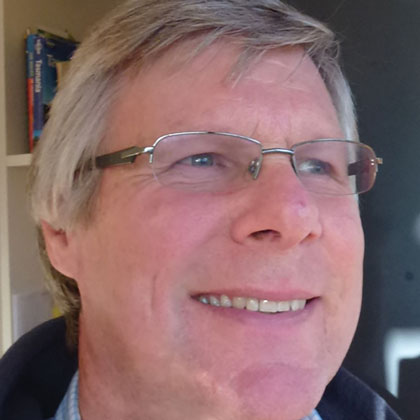