Improving and optimising the Level of Science at an airport

Developing new terminals and improving passenger experience is important – but at what cost? ACI and IATA have developed a new Level of Service (LoS) Concept that balances the need of providing good passenger experience while providing the right amount of space at an optimal cost. Senior Manager for IATA Airport Consulting Jurgen Renner, in collaboration with Michal Wielgus, Assistant Manager of Consulting Marketing and Business Development at IATA, explain further. 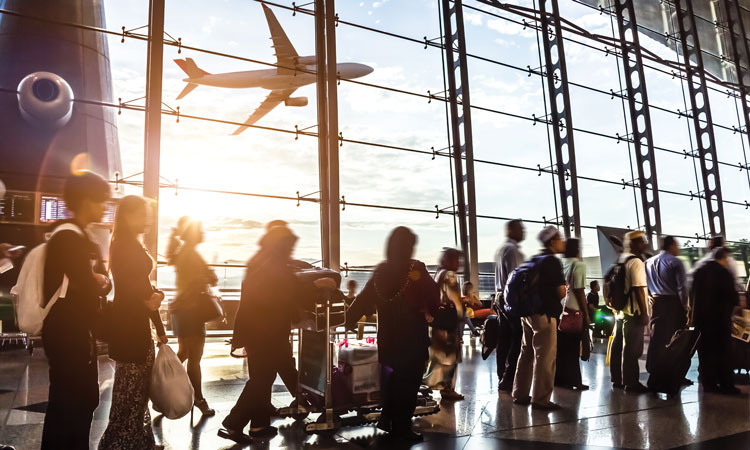 Many airports around the world are struggling with the increase in passenger traffic which is often causing significant congestion and low service levels. Passengers often experience long queues while airlines suffer from delays in the air or on the ground. As a result, airports are seeking new ways to optimise their resources and to get the most out of their investments.

In recent years, we have seen mega projects arise as part of the expansion or construction of airports around the world. Often, these projects set new investment or scale records – a trend that seems to be gaining momentum with every new project announcement. These major aviation infrastructure investments are often viewed as ‘trophy projects’ for incumbent governments. However, there is a strong case to question whether these projects are being properly designed in a cost efficient manner (in terms of construction and operation) while providing an optimum service level to its users.

One of the most common guides for designing or evaluating service quality within terminals is the LoS Concept initially developed in IATA’s Airport Development Reference Manual (ADRM). For decades, the ADRM has defined airport industry recommendations and guidance material pertaining to airport planning, capacity definition and design.

In 2014, IATA published a new version of the ADRM (10th Edition) – which includes a complete revision of the LoS Concept.

As part of this ADRM update, Airports Council International (ACI) and IATA collaborated in the preparation of the manual and its LoS Concept. Consequently, the content is now fully supported by both the airline and airport community.

“We hope that by joining forces with IATA and elaborating a new Level of Service philosophy we are able to help airports fully optimise their resources while minimising their investments costs, all the while improving the passenger experience as they travel through airports around the world,” said Dr. Rafael Echevarne, former Director, Economics and Programme Development at ACI and now CEO of Montego Bay Airport, Jamaica.

What is the Airport Level of Service Concept?

In essence, the LoS Concept is an aggregated guidance framework for the planning of new terminal facilities as well as for the monitoring of the operational service performance of existing facilities.

The previous LoS Concept provided six different service levels ranging from the letters A to F.

The previous LoS framework essentially specified the minimum space to be provided for each passenger within various terminal sub-systems, such as security control or baggage reclaim. The parameters typically vary from one sub-system to another. For instance, the space requirement for queuing areas at passport control is different from that for check-in.

The LoS Concept is also often used for performance comparisons to other industry-leading airports or as a benchmark that determines whether contractual obligations of airport operators and/or third-party service providers are being met (concession agreements).

The previous Level of Service Concept and its weaknesses

IATA recommended LoS ‘C’ as an appropriate service level to be used for designing new facilities or for rating the operational performance of existing facilities. LoS ‘C’ denotes overall good service to passengers while balancing economic terminal sizing with passenger expectations. However, over the years, decision-makers have been instructing their contracted airport terminal design teams to provide passengers with an ‘excellent’ service level by choosing LoS ‘A’ as the applicable design standard, providing about 30% to 50% more space per occupant in comparison to the recommended LoS ‘C’.

As aforementioned, the previous LoS Concept was primarily based on space provision. Therefore, a LoS ‘A’ airport actually over-provides the space necessary for passengers and results in an immense terminal facility that is effectively empty for most of its initial working life. LoS ‘A’ facilities are tremendously oversized during regular operational periods (off-peak), resulting in an inefficient and costly infrastructure to build, operate and maintain. Over-designed terminal sub-systems result in huge operational expenses for cleaning, air conditioning, heating, etc. which has a significant negative impact on life-cycle cost analysis. This is certainly a crucial financial factor that needs to be taken into account as aviation industry competition becomes fiercer with each passing year.

Another issue with the previous LoS concept was that not enough emphasis and clear guidance was attributed to passenger waiting time. As there was no direct link between the previous waiting time guidelines and the specific LoS categories A/B/C/D/E/F, often confusion was caused amongst users with regards to the correct applicability of the maximum waiting times.

In addition, recent survey results prove that passengers actually value short waiting times much more than space – short, hassle-free journeys through a terminal with minimal delays are key factors for a great passenger experience. However, the previous LoS Concept and its focus on space provision could lead to an unbalanced configuration with a lot of free space, but also very long queues of waiting passengers.

The new Level of Service Concept

Based on these issues and latest trends, the new LoS Concept aims to optimise expenditures while increasing speed, quality and efficiency. Therefore, whereas the previous concept was primarily based only on space provision, now two important parameters jointly comprise the new LoS Concept: space and maximum waiting time. The new LoS is now defined by the combination of both factors, with optimum waiting times being clearly defined and considered as important as space. The concept has also been simplified: the six previous service levels have been narrowed down to only four .

The new LoS philosophy can be reflected in a space-time matrix, integrating both elements space and maximum waiting time. ‘Overdesign’ is depicted in orange, green indicates an ‘Optimum’ LoS, the yellow squares represent ‘Sub-Optimum’ conditions and the red square indicates ‘Under-Provided’ requiring reconfiguration.

How to evaluate a terminal and its sub-systems?

The LoS of a complete terminal is assessed by analysing its different sub-systems, as shown in the sample airport terminal assessment. The columns show the new LoS categories and the rows show the LoS assessment results for each sub-system.

Depending on how each sub-system rates as per ADRM guidelines, it is identified as:

As per the general LoS philosophy, the lowest LoS of any sub-system defines the overall LoS of the whole terminal.

It is very important to assess the LoS during typical busy periods. IATA defines a typical busy day as the second busiest day in an average week during the peak month. The LoS philosophy and related busy day definition allow an airport to have a few days per year when it is acceptable that the LoS is below optimum levels. From an economic perspective, designing facilities for the busiest day of the year would be extremely inefficient and costly.

Airports around the world are already evaluating their facilities according to these new LoS guidelines. For instance, the operators of Amman Queen Alia International Airport (QAIA) assessed their new terminal according to the new LoS Concept.

Based on the study: ‘it was determined that the airport meets international best-practices for Passenger Level of Service and for Passenger and Baggage Airport Processes. Prior to the inauguration of the new QAIA terminal in 2013, the airport was ranked internationally at 186th place in ACI’s global Airport Service Quality (ASQ) Survey, the world’s leading airport passenger satisfaction benchmark programme. Since then, QAIA has made considerable headway in its service and passenger satisfaction levels, ranking 38th from nearly 250 airports worldwide during 2013.’1

Undoubtedly, with the growing numbers of passengers traveling by air year after year, improving and optimising the LoS of an airport will be a growing trend as airports consistently seek to attract new airlines and passengers.

Jurgen Renner has gained comprehensive experience in the aviation business, particularly in airport development, design and management. He joined IATA Consulting in 2009. Being located at IATA’s Head Office in Montreal, Canada, he currently holds the position as Senior Manager, IATA Airport Consulting. In 2013, Jurgen was appointed as IATA’s permanent member on the ICAO Aerodromes Design & Operations Panel where he provides independent technical expertise in the development and adoption of Standards and Recommended Practices (SARPs) to the ICAO Annexes and Procedures for Air Navigation Services (PANS Aerodromes). Before IATA, Jurgen worked in Germany for HOCHTIEF AirPort (HTA) as Manager for the Technical Services Department where he handled consulting projects for various international airports primarily focusing on topics such as master planning or technical design of airport infrastructure. As airport development expert, Jurgen was also actively involved in optimising HTA’s existing airport assets from a technical and operational perspective (terminal expansion concepts and phasing strategies, cost-efficient infrastructure development, project implementation etc.).