Hamburg Airport has successfully launched a new, pioneering IT system known as ‘HAM SuITe’ which stands for ‘Solution Unified Airport Information Technology’ and provides close interconnectivity between partners including airlines, German Air Traffic Services, ground handling service providers, EUROCONTROL and Airport Coordination Germany. At the same time, it is the foundation for A-CDM (Airport Collaborative Decision Making), the internationally standardised concept for the optimisation of handling processes at airports. Hamburg Airport’s Dr Hannes Pfister, Head of IT, and Johannes Scharnberg, Head of Aviation, explain details of the project and other current IT projects for International Airport Review. 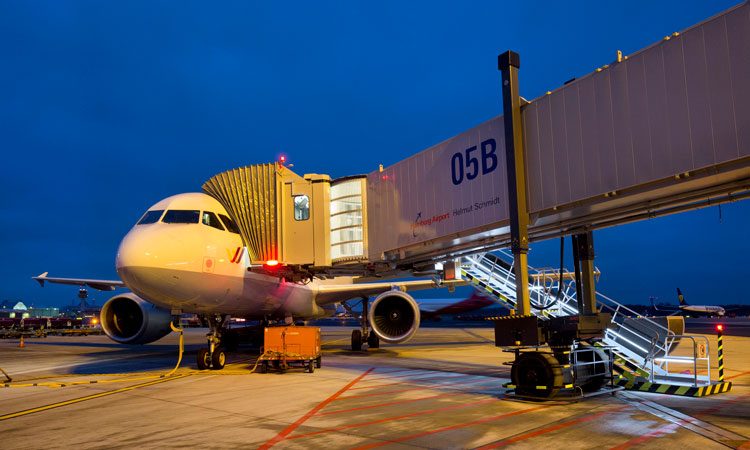 HAM SuITe replaces the airport’s existing flight planning system, which had reached its limits. At the same time, the experience gained on this project means that we will use the same approach as a model for future large IT projects and developments. For the airport, HAM SuITe is a future-proof state-of-the-art IT platform that can be extended at any time. It is also one of the world’s leading airport systems. Over a period of three years, a system was developed that allows for better and faster data exchange with all partners involved in daily airport operations, including production planning, the Traffic Centre, Ramp Control, General Aviation Terminal and German Air Traffic Services.

There were three goals from the very beginning of the project. The solution had to be optimised for the airport; the latest technology was to be used; and a modern software development process was to be employed. Just three months after go-live, all parties are satisfied. HAM SuITe has been stable from day one. Teething troubles with individual subsystems were quickly resolved in close cooperation with the responsible departmental groups.

Developing a system in-house has proven itself to have been the right decision. This way, the IT team’s airport expertise could be exploited to maximum potential, creating a solution perfectly tuned to the needs of the specific departments. Furthermore, when changes are needed, IT can respond rapidly. During the three-year project, however, it was clearly seen that the change process is accompanied by manifold challenges and should not be underestimated. The use of external consulting services meant that time and risk could be kept under control. During the course of development, though, a potent team came into being, made up of the IT personnel and the responsible departments. This is an important aspect that will also pay off in future projects.

HAM SuITe is an investment in the future – in a system that offers multiple benefits for the approximately 60 airlines operating at Hamburg Airport and for passengers. It facilitates more precise predictions relating to the traffic situation in order to better exploit the available resources, minimise delays and make everything more foreseeable for all participants. The introduction of HAM SuITe, however, is also transforming existing work processes. Many steps and inspections that are currently carried out manually will be automated and/or simplified. The airlines now provide binding and predictable statements as to when aircraft will actually be ready to take off.

Airport personnel also benefit from HAM SuITe. A lot of data that, until now, had to be entered manually or repeatedly confirmed is now updated automatically in real-time. Without any intervention whatsoever, all parties can now watch as the data continuously updates. The HAM SuITe source code consists of approximately 360,000 lines – the equivalent of around 10,200 pages of text. The system is built on a modern three-layer architecture. In the future, this will make it possible to implement changes to requirements quickly and with a minimum of effort. The entire user interface is accessible via a web browser, so that mobile usage of the system on various devices does not present any difficulties. It is, in effect, the airport’s central nervous system.

HAM SuITe communicates with over 50 other IT systems. It was important to ensure here that existing systems, wherever possible, do not need to be changed at all; they are integrated in a backwards compatible way. At the same time, when new systems are added, they will be supplied with data using the latest technology. An Enterprise Service Bus has been implemented for both approaches, which addresses amongst other things the monitoring of data flows.

For example, if an airline can foresee that a particular flight will not be ready to depart at the scheduled time, it registers the delay directly in the database, thereby also informing all process participants. This means that the personnel originally reserved for handling this flight can now handle another flight in the intervening time. The goal is to plan, together, more reliably and more transparently. Possible deviations from the timetable are apparent at an earlier stage for all affected working areas. For the environment, too, the system and the ACDM standard offer noticeable benefits, because engines are only started when the aircraft can taxi for take-off without any further delays.

Other systems also connected include baggage control, the displays in the terminals and even the boarding pass readers at the security checkpoint. The introduction of HAM SuITe was a new milestone in the digitalisation of the airport. A further technical advantage is that the system is usable via the web and therefore accessible worldwide. At the same time, it incorporates the very latest security technology. HAM SuITe can be individually configured at the different workplaces, only providing the functionality that is needed.

To Leipzig on the information superhighway

Another major IT project at Hamburg Airport already passed its first major test this spring. As part of a data centre outsourcing arrangement with Arvato, the servers currently located in our own data centre, including all associated services, are being relocated to Leipzig, approximately 300km away. So far, the migration has gone smoothly. Many systems of various sizes are affected. The entire SAP/ERP environment with SAM and the SAP portal have already been migrated. Since the go-live at the end of March 2017, HAM SuITe has also been running stably in Arvato’s Level 3 data centre. By the end of 2017, the rest of the total of 86 systems will be housed in the data centre operated by Arvato Systems, a subsidiary of the Bertelsmann Group.

Comprehensive project work was already necessary before the first migrations could take place. First, the necessary infrastructure had to be put in place – a high-specification information superhighway using fibre optic connections to carry the data between Hamburg and Leipzig. There is multiple redundancy for everything. More than half of the employees of AIRSYS, the IT service provider at Hamburg Airport, are currently involved in the project.

Airport Business Information Systems GmbH (AIRSYS) is Hamburg Airport’s IT service provider and responsible for the majority of the overall IT infrastructure at the airport. The company is a wholly-owned subsidiary of the airport operator, and its service portfolio encompasses internet technologies, SAP, data modelling, application programming, the administration of networks, databases and servers, radio and communications technology, and the planning, operation and maintenance of security facilities. Even after the data centre outsourcing has been fully implemented, AIRSYS will continue to be responsible for this service and will remain the point of contact for internal customers at the airport.

The aim of the relocation to the Saxon city is to create more capacity for future projects for the IT service here, thus enabling the ever-growing demands of IT to be more effectively met. The migration to Leipzig enables the company to be better equipped for the future and to plan, develop and implement projects more effectively. Day-to-day operations are being outsourced. An additional benefit is the guaranteed, secure 24/7 provision of services 365 days a year – from server operation to application support for standard software. The first users have already seen that the quality of service meets expectations now that the data centre is 300km away in Leipzig.

The vast volume of data being moved from Hamburg to Leipzig is best understood with a physical comparison: It is the equivalent of around 60 million reams of A4 paper, weighing some 300 tonnes. If the paper was laid side-by-side, it would cover Hamburg Airport’s entire Apron 1, 12 reams deep.

With these newest actions, Hamburg Airport has established a basis for moving ahead with further state-of-the-art developments and digital projects. The next steps in digitalisation include the provision of relevant information directly to passengers. The ultimate aim is for passengers to be able to track the location of their baggage in real-time within the transportation and processing system. But baggage is just one example from a range of many possibilities. In the future, digital technology could mean that a lot of information is not only available for internal usage but is also available to passengers throughout their journey. Hamburg Airport’s aim is to consistently move ahead with digitalisation and management of terminal and landside processes over the medium term as part of a ‘Total Airport Management’ (TAM) concept. Internal usage of data by ground handling services already works, and other applications are currently being planned and/or tested. The projects in recent months have made it possible to create sufficient capacity for future tasks. The infrastructure is now organised in such a way that optimises the construction of new systems by Hamburg Airport. In the near future, this will benefit everyone: the airport and its employees, the airlines, and also the passengers.

Dr Hannes Pfister is Head of IT and Managing Director at Hamburg Airport. With a doctorate in geophysics, Hannes has been working in the aviation industry for around 30 years. 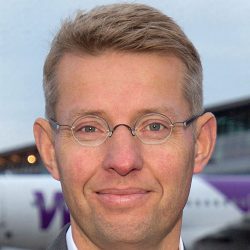 Johannes Scharnberg is Company Director and Head of Aviation at Hamburg Airport. Johannes, a public administration graduate, has held various senior positions at Hamburg Airport since 2008, and before that he spent some 15 years working in the public sector, followed by a period as Managing Director of a New Zealand company operating at Lübeck Airport. 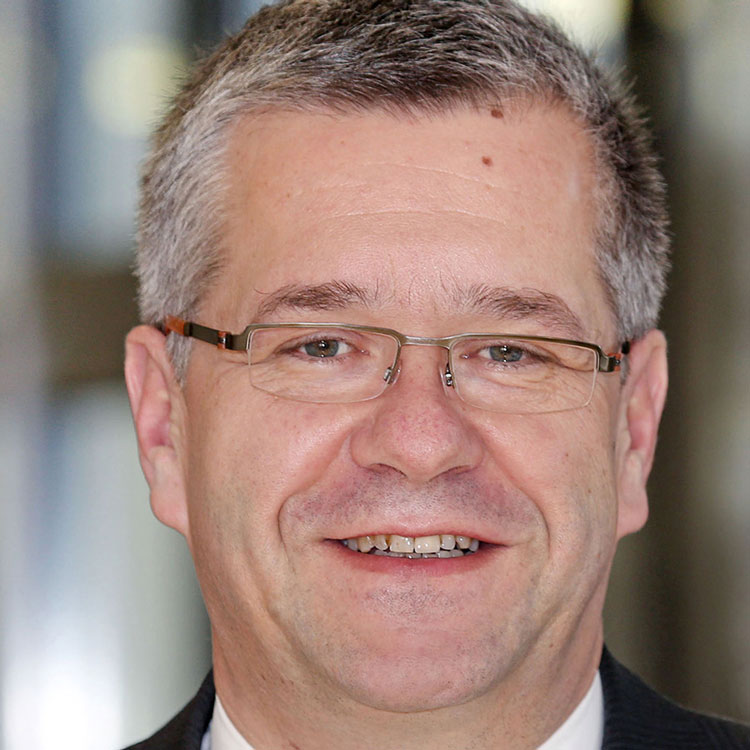