Nancy Knipp, Senior Vice President at Airport Lounge Development explores the reasons behind the rise of the shared airport lounge in the United States. 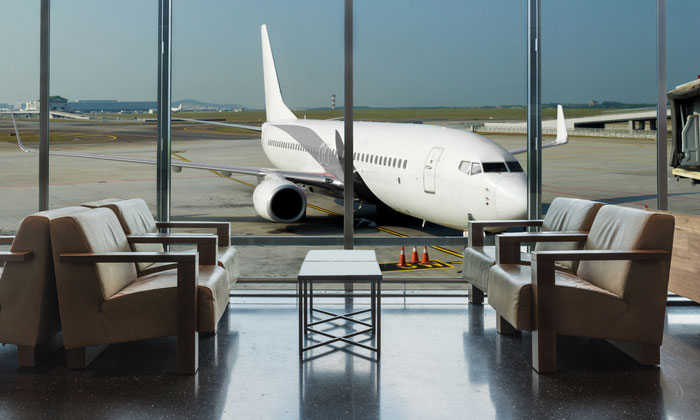 The International Air Transport Association (IATA) estimates that demand for air travel over the next two decades will double globally, with 7.2 billion passengers traveling each year by 2035. Airports already have a reputation for being crowded and stressful, so it’s no wonder that more travelers within the US are turning to airport lounges to find calm within the storm. In recent years, this demand has led to a transformation of the role of airport lounges in the US and the rise in popularity of the shared use lounge.

In Europe and Asia, the shared use airport lounge is not a new concept, but it’s only more recently that this trend has been sweeping through the United States. Airport Lounge Development has seen this change first hand as we’ve developed lounges both in the U.S. and globally. In just the first two months of 2017, our network of lounges has experienced an over 70% increase in guest volumes year over year.

So, what’s causing this increase in demand for shared use lounges? It comes down to an increase in international travellers coming through U.S. airports, new offerings introducing an increasing number of Americans to the lounge experience, increasing exclusivity of airline owned lounges, and airports looking for additional non-aeronautical revenue.

International travellers, especially from Europe and Asia, familiar with frequent lounge use at home, expect the airlines they’re travelling on to offer the same amenities in the US that they have access to in their own countries. Frequent travellers with a specific airline don’t care that their airline might only have five routes through a specific city and there isn’t enough demand for the airline to open up their own lounge. That’s why many airlines have now taken to partnering in shared use lounges to ensure their customers have an outstanding airport experience. At Airport Lounge Development, we’ve partnered with 26 airlines, everyone from British Airways to Emirates to make sure that their passengers have a convenient, comfortable lounge that meets their needs at the airport. For example, for a Middle Eastern airline partner, we’ve customised our lounge offer to make sure there are halal options available, and with Asian carriers, we offer udon noodles and miso soup.

Americans are being introduced to the lounge lifestyle

More U.S. travellers than ever are being introduced to the airport lounge experience thanks to the world’s largest lounge access program, Priority Pass. Priority Pass has agreements with major financial institutions worldwide to offer lounge access to their card members and also enables individual travellers to purchase their own yearly memberships directly.

Business travellers, especially, have come to depend on the work stations, satellite TV, free newspapers and magazines, meeting rooms, and conference phones that lounges offer. In addition, if a traveller wants to use a shower before or after a long voyage, but doesn’t have access to a lounge provided by the airline they are flying, stopping by a shared use lounge is an easy solution. Or if a flight is delayed, day pass access is a popular solution for passing the extra time in the airport in a quiet, peaceful spot with premium amenities.

Airports worldwide are weaving non-aeronautical income sources into their business plans to sustain airport profitability. Research from the ACI Airport Economics Report confirms the success of this strategy. While retail (28.3%) and car parking (22.3%) lead the way in increasing airport revenue, airport lounges are an important area for growth in this diversification.

One of the added benefits of putting in a lounge is that airports can begin utilising second floor spaces that would otherwise go unoccupied or used for back office operations since retailers and restaurateurs naturally want to be on the first floor with the passing foot traffic. At Airport Lounge Development, the airports we work with have increased their concession fees from our shared use lounges by 60% year over year.

In coming years, shared use lounges are likely to continue increasing in popularity as travellers of all ages and nationalities come to expect and depend on a space for calm and relaxation in the airport. Airports that work to increase their offerings to meet that consumer need will improve customer satisfaction and increase their non-aeronautical revenue. Ultimately, more and more travellers are looking for the perfect place to escape and recharge at the airport and shared use lounges are proving just as valuable for travellers as they are economically beneficial for airports and airlines.

Getting the magic and non-aeronautical revenue back post-COVID-19