How to fight constraints on air connectivity

In times of increased numbers in passenger air travel, José Viegas, Secretary- General at the International Transport Forum (ITF) says that constraints in route capacity and airport infrastructure must be looked at by all stakeholders. 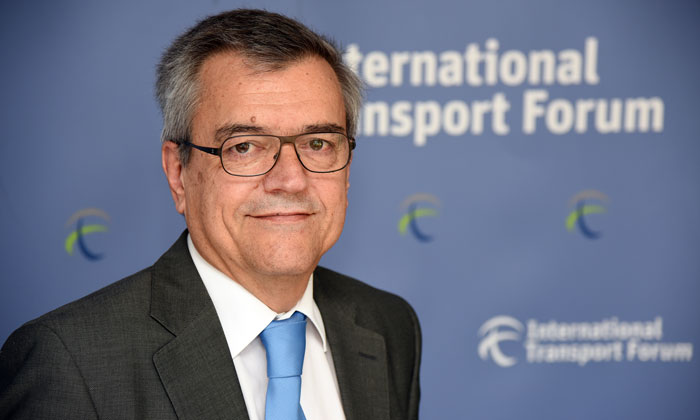 According to the International Civil Aviation Organisation (ICAO), the global aviation sector carried around 3.5 billion passengers just two years ago and these numbers are expected to rise to over 6.4 billion passengers by 2030.

Airports and airlines have remained flexible and so far have adapted rather well to rapidly changing global socio-economic and political conditions. So-called legacy carriers created three major international alliances to build a global hub-and-spoke route network around major aviation centres. In the meantime, new competitors have emerged in the form of big players in the Middle East and low-cost carriers with simple business models to efficiently serve point-to-point routes.

The global airport system still has a lot of space to accommodate rapid growth in air traffic numbers. Only 178 airports globally are deemed congested by the International Air Transport Association (IATA). However, capacity constraints bite at the most important airports which provide their countries with vast majority of the available long-haul destinations. According to IATA, 39 out of 55 aviation mega-cities are served by airports where demand already exceeds the available capacity.

Capacity constraints cause delays and price rises and can affect the size of the route network. Faced with a limited number of slots and no room to expand, airlines tend to focus on the most profitable routes, which are often long-haul flights. As a result, domestic routes may suffer, adversely impacting individuals and businesses outside of the main centres of population. Equally, the loss of smaller routes can make it even harder for that hub to grow its route network.

This dynamic is a concern for policy-makers, because a smaller route network and higher ticket prices reduce air connectivity. Governments have an interest to foster it since air links benefit the economy through facilitating the movements of goods and services, people, ideas, knowledge and investment.

Investing in airports can address this, yet building new airports or expanding existing ones is often contentious and controversial. The risks and uncertainties of such projects often lead to a difficult decision-making process. Benefits of airport expansion are dispersed while costs – notably noise or pollution – are concentrated, which often creates significant opposition to airport developments. And even if an agreement has been reached, it takes considerable time to build new airport infrastructure.

Governments and the aviation sector are therefore increasingly interested in examining how to improve utilisation of available airport capacity. To help governments optimise the efficient use of airports, the ITF is bringing together transport economists, operations research experts as well as government and industry representatives to identify sustainable and innovative airport policies built on consensus among the stakeholders. We are carefully listening to industry when preparing advice to our governments.

We believe that governments should avoid intervention unless there are strong reasons for it. We would also like governments to acknowledge that aviation is a global network industry.

Governments should constantly re-evaluate their aviation policy as technology changes the face of the industry. We believe that secondary slot trading markets should be allowed, as it can help efficient capacity utilisation at congested airports. And if a government contemplates implementing primary slot auctioning, the transfer of rents needs to be carefully considered to ensure that the policy change improves overall welfare. Airports have a role to play as well through pursuing all possible technical innovations to improve capacity, and through removing any unjustified price discrimination against large aircraft. Collaborative decision-making should be an important part of this process.

JOSÉ VIEGAS is the Secretary-General of the International Transport Forum at the OECD. José had a distinguished career in academia and in the private sector before joining the ITF in 2012. In 2015/2016 José was a member of the UN Secretary-General’s High-Level Advisory Group on Sustainable Transport.

By Jose Viegas | Secretary-General of the International Transport Forum | OECD