The privatisation of the FAA: Does it go far enough?

David McMillan, the former DG of Eurocontrol, Chair of the ATM Policy Institute, argues that Trump’s proposed privatisation of the ATM network is a good but improvable decision. 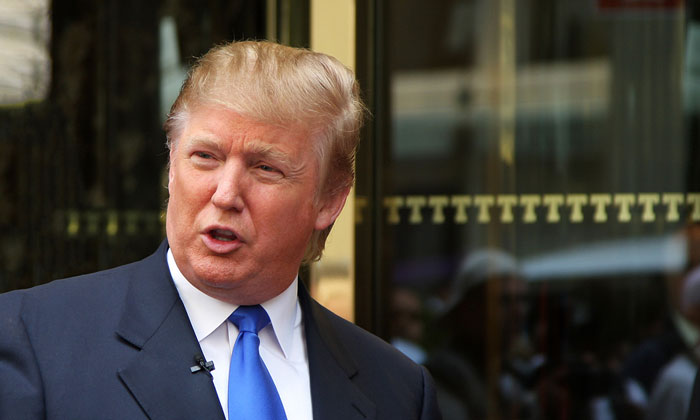 President Trump’s recent announcement that he is to ‘privatise’ the air traffic management of the Federal Aviation Administration is a welcome development.

It is not a true privatisation, but, if it can be achieved, it will help to eliminate the current roundabout of political interference and management-accountable-to-political-whimsy to which the Air Traffic Office of the FAA is currently subject, when it should instead be focusing on its customers: the airlines.

The ATO’s monopoly made sense historically when air navigation was done by radar: expensive to build and operate and range-limited.  The capability of the avionics on the aircraft was also limited. It does not make economic sense to have competing air traffic service providers in that context.  Consequently, air traffic service providers are often referred to as natural monopolies.  However, technology has come a long way since radars were first used to provide air traffic services.  Furthermore, on-board avionics are now on their eighth generation.  Air traffic control is entering its third generation.

The current proposal does two important things: it separates the regulation of air traffic management from its day-to-day delivery and like much of the rest of the world, it will move the ATO to a user-pays system.  That tends to focus attention.  Since its announcement all the usual suspects have voiced their concern about what is on the table.  The business aviation and GA communities lead the charge.  However, one could ask if it goes far enough.

Satellite technology is making radars largely obsolete.  Modern aircraft mean that, as was the case with telephones, the intelligence is rapidly moving from the centre to the edge.  Less need for ground-based infrastructure provides the potential for multiple air navigation service providers to compete with each other in the same airspace, as well as across borders.  Competition for the provision of air traffic management services would bring a number of benefits including a more customer-focused service, more efficient air traffic service provision (and therefore lower fares for passengers), innovation and faster adoption of new technologies.

The problems associated with the monopoly status of ANSPs are reinforced by ownership and governance structures.  The ‘privatisation’ proposed here will not address these issues.  Greater liberalisation would help address many of the performance issues facing the ATO.

Ultimately, liberalisation should mean greater competition for the provision of ATM services and the relaxation of ownership and control rules.  Together, these would bring the industry into the 21st century, and encourage a more customer-focused ATM service.  There is significant precedent for the successful liberalisation of industries that previously operated as monopolies, including telecommunications, energy and indeed airlines.

Greater competition from the liberalisation of ATM could generate significant benefits for customers.  Competition would create downward pressure on prices and Air Navigation Service Providers would have stronger incentives to improve their cost efficiency so as to compete on price without compromising safety.  Competition would also drive ANSPs to differentiate themselves by their service offering and quality, adapting to the needs of their users and resulting in a more customer-focussed ATM service.

In order for competition in ATM to be successful, ANSPs need to act like commercial entities.  This can be best achieved through corporatisation.  This grants the ANSP greater managerial and financial authority, ensuring a focus on customer service and performance alongside good governance.  For this reason, the proposal from President Trump should be supported.

In any event, where competition is not currently feasible, desirable or politically acceptable and an ANSP therefore retains its monopoly status, as will continue to be the case in the US for the ATO, these activities should be subject to effective performance-based regulation.  This type of regulation creates incentives − often financial − for an ANSP to improve its performance and produce appropriate outcomes.

To corporatise the ATO is a good first step, but so far there has been too little attention paid to the remaining FAA, which will be its arms-length regulator.  This is just as important to the future as the corporatisation itself and we urge the administration to focus on this area too.  Good regulation, both safety and economic regulation is as important as the corporatisation itself, and needs focus and thought.

The liberalisation of the ATM industry will not be an easy task. The innate conservatism of an industry built around safety, a natural desire to preserve the status quo, and other institutional, regulatory and legal barriers currently limit the ability of ANSPs to compete with each other.  Political will to implement change is weak, particularly as the use of airspace is often wrapped up with considerations of state sovereignty.  There are also a number of technical and practical issues that must be addressed before competition can be introduced in some areas.  But this does not mean the goal of liberalisation is not worth pursuing.

David McMillan, the former DG of Eurocontrol, is the Chair of the ATM Policy Institute, an independent think-tank looking at the liberalisation of air traffic management.  For more go to www.atmpolicy.aero