Does the aviation industry have a problem with vultures…? Yes, really – vultures… Well, here’s India’s resolution to this unique issue 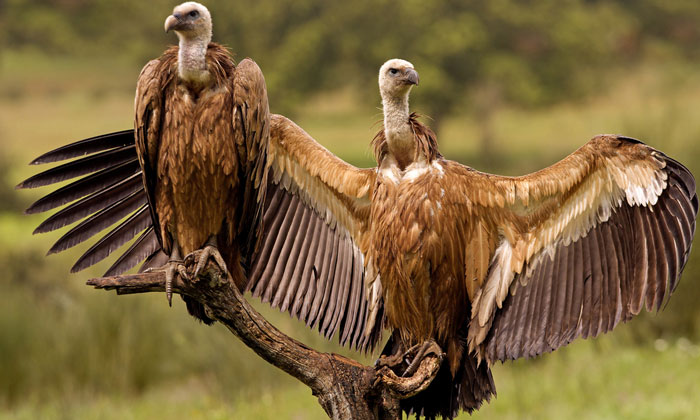 Historically vultures frequented open spaces in the fringes or outskirts of forested areas, Protected Areas and surrounding villages, where they subsisted on carnivore kills and carcasses of large animals, all over the Indian Sub-continent.

Unplanned urbanisation in India during the ‘70s and ‘80s saw the migration of villagers to towns and cities. Having left their agriculture to seek modern jobs, they brought large numbers of cattle and sheep to feed the increased urban populace.

This in turn encouraged the vultures to make this same shift to feed on the available carcasses that resulted from the poor disposal systems in these areas. This superabundant food supply enhanced the vulture populations to pest proportions making them the most serious hazard to aircraft flight safety. Between 1980 and 1996 Indian Air Force lost at least one military aircraft, mainly fighter jets, every year due to vulture hits which caused the Indian aviation industry a financial loss of more than 300 Crores of rupees (70 million US Dollars) per year.

The Bombay Natural History Society (BNHS) in Mumbai, under late Dr Salim Ali, was asked to carry out an “Ecological Study of Bird Hazards at some Indian Aerodromes” from 1980 and provide recommendations to the Aeronautical Research & Development Board (Government of India, Ministry of Defence) in 1989. 25% of bird collisions with aircraft were due to vultures in the ’80s and ’90s which caused near decimation of the species.

The major recommendations made by the BNHS included the denial of food to vultures and other scavengers within a 10km radius of Aerodrome Reference Point (ARP) in the buffer zone of all aerodromes in India. When this recommendation was implemented in 1990 all over India, vultures started deserting their strongholds and shifting to areas closer to villages without aerodromes, including Protected Areas.

A decade of persecution by aerodrome officials in the 1990s through shooting and poisoning to reduce vulture collisions with aircraft, coupled with inadvertent poisoning and traps caused fear and anxiety in existing birds, forcing them to leave the larger area. 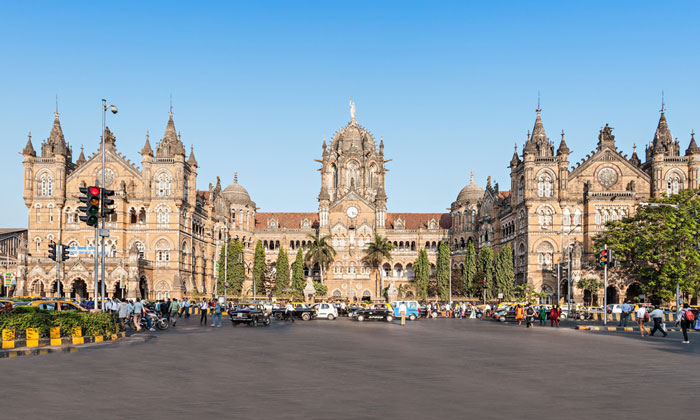 The beautiful city of Mumbai

Food scarcity due to enhanced sanitation in the prescribed area around aerodromes, as well as systematic and organised poisoning by poachers in most of the Protected Areas in India forced vultures to take refuge in safer PAs and villages without aerodromes, leaving their previous strongholds. Vulture disappearance also had other undesirable consequences, however, including the spread of infectious diseases such as Rabies, Anthrax and Foot and Mouth disease in cattle and other mammals; increasing the population of predators, scavengers and feral dogs; and making disposal of carcasses a mammoth task for municipalities and corporations.

The idea of setting up vulture restaurants as a sure-shot vulture conservation plan was first mooted in India by Dr S M Satheesan in 1999, while working with WW-India Secretariat, through a project to set up two vulture restaurants in the outskirts of Tiger Sanctuaries in Maharashtra and Madhya Pradesh. However, despite receiving the necessary permissions and funds (from Shrimati Maneka Gandhi, then a Union Minister, as well as Club 300 of Europe), the project was not allowed to be Implemented by WWF-India Secretariat in New Delhi owing to severe pressure from NGOs and experts who wanted to carry out captive breeding of vultures. However, captive-holding and captive-breeding carried out for the past 15 years has made vultures in aviaries lazy, inactive and prone to diseases, making them unfit for releasing into the wild for fear of succumbing to threats that made them endangered previously. Given this scenario the best conservation tool to revive vulture populations from the brink of “near extinction” is setting up vulture restaurants to provide them with safe and uncontaminated food, respecting animal rights, welfare and environmental ethics to feed when they want, as well as allowing them to fly and exercise, keeping their skills for foraging and facing their competitors and threats intact.

Need for the project

Food is now scarce in areas where vultures abound. Wherever food is available there is a lack of safety while feeding, resting and roosting owing to competing mammalian scavengers and their greatest enemy, man. The financial loss due to the absence of vultures is equivalent to that of their increased populations, which causes financial loss to aviation. The presence of vultures in optimum numbers (about 400 birds) is therefore required in areas prone to natural disasters such as cyclones, floods, tsunamis, etc. where disposal of carcasses is a mammoth task for municipal workers. Setting up Vulture Restaurants in strategic locations far away from aerodromes(at least 100km) will be the best vulture conservation tool that keeps vultures tied to the feeding site without a thread, thus minimising vulture strike hazards to aircraft flight safety.

The idea of Vulture Restaurants (also known as Supplementary Feeding Sites for Vultures)was first conceived by the Natal parks Board in South Africa in 1966. It gives freedom to the birds to visit the feeding site whenever they want and allows them to fly where ever and whenever they want, thus respecting the principles of animal welfare and environmental ethics. The lack of confinement and handling of birds (as in captive-holding and captive-breeding centres) prevents fear psychosis and health problems for vultures. Moreover, this conservation tool respects all norms of animal ethics, health and welfare. The population of vultures can be controlled to an optimum size by managing the quantity of food provided in the form of carcasses. Photography and studies of vultures can be carried out using hides so that the birds are not affected by these human activities. 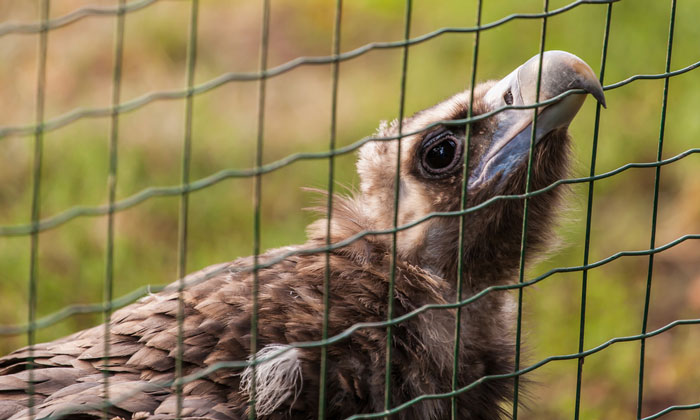 Vulture restaurants can be used for awareness purposes on species conservation

Vulture restaurants can be used for awareness purposes on species conservation and bird collisions with aircraft; as a tool for students to research;  and as an excellent tourist attraction. Within two to three years of setting up the vulture restaurant, the system can become self-sustaining and no more external funding will be required if a small entry fee is administered to use the system by outsiders. As this project provides employment for at least two people – one Junior Research Fellow (JRF) and an assistant – a large number of Vulture Restaurants set up all over India in strategic locations can help provide employment for people. When food given to vultures is controlled, their numbers can also be controlled, provided carcasses are denied in all other localities.

When food is provided regularly at one site vultures need not forage far and wide in 100 km in radius or in over 30,000 sq km, as they do when food availability is not guaranteed and thus they are tied to the feeding site without a thread. As vultures confine themselves to the area of their own accord, the aerodrome areas are spared their presence, thus reducing vulture collisions with aircraft. However, cooperation between all civic authorities must be assured going forward: vulture restaurants that aren’t run scientifically and don’t follow precautions must be closed down. Continuous monitoring is necessary in order to prevent  flight safety hazards and maintain low populations.

There are several successful vulture restaurants throughout the world: France, Portugal, Greece, Spain, Italy, and Switzerland in Europe; as well as South Africa, USA, Nepal and others.

The Vulture Restaurant Enclosure, open from above, is a 100ft x 100ft x 10ft high structure covered by two inch metal wire-mesh with vertical and horizontal supports. It features a double-door entrance for safe entry and vacation of carcass-carting vehicles and people working there; vulture resting places with horizontal round logs at varying heights; a raised platform in the middle on which to lay carcasses; running water for bathing and drinking; and chipped bones piled up for calcium supplements.

The limiting wire-mesh should be fixed deep into the earth (at least six inches) to prevent burrowing animals or scavenging/carnivorous mammals from entering the enclosure. Vulture restaurant will be set up in open land and ideally close to a Protected Area or Forested Area harbouring large carnivores, or in villages, and ideally on sloped land to help vultures take off. Furthermore, the location should be far away (at least 100-200km) from civil and military aerodromes.

Any state of the Indian Union can have one or more vulture restaurants, but each should be separated by a distance of at least 200 kilometres.  The nearest aerodrome should be no closer than 100-200 kilometres.

Why all the fuss?

Vultures are not required in cities, towns and villages as an efficient municipality carries out the scavenging function of disposing carcasses of animals and birds.

In strategic locations where natural calamities occur and contagious disease kills large numbers of domestic and wild animals, vultures – the God-sent scavenging experts – come to man’s rescue. In fact vultures and other scavenging animals are the life and health insurance policies taken by nature to save the entire planet from extinction. Hence it becomes man’s responsibility to conserve vultures and other scavengers.

Establishing a chain of vulture restaurants all over the Indian Sub-continent helps in this aim.

Dr S M Satheesan is India’s leading expert consultant on Airport BASH management and Aircraft Bird Strike Prevention. I, as a lead trainer conduct International BASH Management Training workshops in India once every four months in different Indian cities. The first one was conducted in Bangalore on 19-20 December 2016. The next one is planned at Delhi International Airport on 21-23 April 2017. Plan is afoot to conduct such workshops in nine cities along length and breadth of India. Kindly find in attachment copies of event brochure for Bangalore and Delhi workshops.