We met up with MAVCOM, Malaysia’s new aviation commission aimed at regulating economic and commercial matters related to civil aviation… 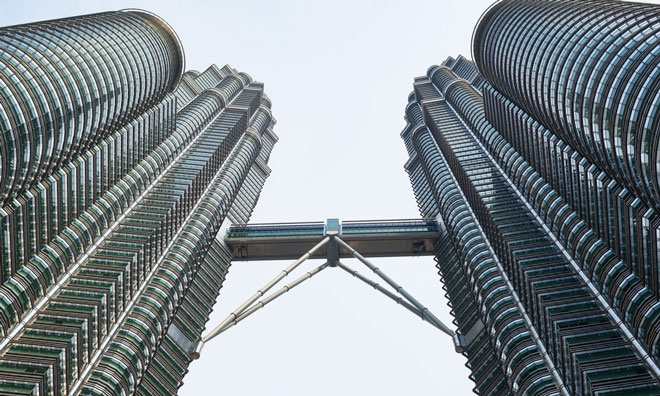 In the first of our regional focus feature, new to 2017, we’ll be looking at Asia, the region with the world’s fastest-growing aviation and airport sector. Earlier in the year, we met up in Kuala Lumpur with MAVCOM, Malaysia’s new aviation commission aimed at regulating economic and commercial matters related to civil aviation in Malaysia. Its goal? To promote a commercially viable, consumer-oriented and resilient civil aviation industry which supports the nation’s economic growth.

Here’s what we learned…

MAVCOM, established in March of 2016, is a very young organisation. How did it come into being?

The Malaysian civil aviation industry had faced various challenges over time, including those related to the financial performance of industry players, market structure, passenger experience and competition. This saw a need for the establishment of an independent regulator who would oversee economic and commercial matters relating to Malaysia’s civil aviation industry.

MAVCOM’s goal is to promote a commercially viable, consumer-oriented and resilient civil aviation industry which supports the nation’s economic growth.

MAVCOM’s functions, as laid out in the Act, include to:

Why is MAVCOM important for Malaysian aviation?

As an independent regulator, MAVCOM ensures that all sectors within Malaysia’s civil aviation industry operate efficiently and are in accordance to their overall functions. The Commission ensures that stakeholders within the industry work hand-in-hand towards a commercially viable, consumer-oriented and resilient civil aviation industry which supports the nation’s overall economic growth.

In addition, the Commission enforces a protection code for air travellers in Malaysia, having introduced the Malaysian Aviation Consumer Protection Code (MACPC) 2016. The Code aims to protect and educate consumers of their travel rights and benefits whilst simultaneously ensuring that airlines and airports are fully responsible and accountable for the quality of service offered.

Aside from that, with the introduction of the new Passenger Service Charge (PSC) rates in October last year, the Commission requires airports to further improve their overall service levels, staying closely aligned with global standards. As for airline operators, these new rates have been implemented on 1 January 2017. It is the first step forward in promoting a level playing field for all carriers operating in Malaysia whilst enforcing fair competition for all.

What are the biggest challenges facing aviation in South East Asia, in particular Malaysia at the moment?

Since the establishment of the Commission and introduction of the consumer protection code, MAVCOM has been working together with airlines and airports to come to a consensus on how we can strive better to raise service levels and standards within our aviation industry.

Malaysia’s aviation sector is already in a poised position to grow further. It is deemed as one of the fastest growing industry in the region and we believe that there is room for the industry to grow and improve further, staying closely aligned to global standards. Within the ASEAN region, Philippines and Indonesia have finally ratified the ASEAN Single Aviation Market Agreement (ASAM), which would mean that all ASEAN member states-designated airlines can now fly from their home country to any other international airport in another ASEAN member state.

According to Boeing and Airbus, the Asia Pacific region will be the fastest growing region in terms of aircraft demand between 2016 and 2035. Approximately half of the new aircraft deliveries would replace the current fleet, resulting in airlines being able to serve new markets that previously cannot be served due to these more fuel efficient aircrafts that can fly longer and carry more passengers. We believe that the Commission’s efforts that are already in the pipeline are set to advance the country’s aviation sector alongside other economies in the region.

We have attached below the “Know Your Rights” video. Could you briefly explain what you hope the video to achieve in Malaysia?

A survey conducted by the Commission last year revealed that 69% of respondents have a misconception of what their rights entail versus what their rights actually are. That translates to every 7 in 10 air travellers in the country. Findings also showed that many were also under the perception that the terms and conditions set by aviation providers is a representation of their ‘rights’.


Knowing there is disconnect between the awareness amongst air travellers and their overall understanding of their rights, MAVCOM geared up efforts to heighten awareness amongst passengers. Amongst these efforts is the “Know Your Rights” video which serves as a public service announcement (PSA).

The video essentially provides consumers with information of their rights as air travellers and how to exercise them. The overall objective of this video is to let them know how they should approach the airlines or airports when faced with issues during their air travels.

Finally, what does MAVCOM hope to achieve over the next 12 months?

This year will see the first steps towards equalisation of the PSC across domestic and ASEAN tiers at KLIA and KLIA2 being equalised. In the next 12 months, the Commission will gear up efforts towards the equalisation of PSC for all tiers across all airports in Malaysia.

Equalisation of the PSC at KLIA and KLIA2 is important for the industry to create a level playing field whilst promoting fair competition. The decisions made around the PSC will not only safeguard consumer interests but also ensure airport operators endeavour to enhance their service levels.

In line with this, the Commission will introduce measures to ensure airport operators remain committed and accountable for improving airport service levels and financial efficiency, for the common benefit of all air travellers in Malaysia. In pursuit of this objective, MAVCOM will introduce a framework that links aeronautical revenues to customers’ and stakeholders’ satisfaction levels. Discussions are currently being held with industry stakeholders to develop a service level framework.

The planned efforts and enforcements that are set to come in play will see the shaping of a more resilient aviation industry, with significant growth and enhancements around air passenger experience.