While the rhetoric was powerful, what the industry now needs is action. International Airport Review learnt a lot from AVSEC WORLD 2016… 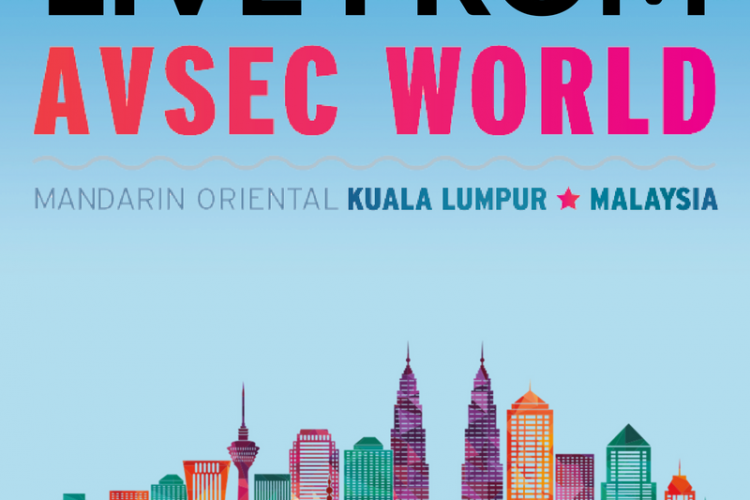 Reporting live from AVSEC WORLD 2016 at the Mandarin Oriental, International Airport Review presents our roundup of the conference as it draws to a close in Kuala Lumpur…

As discussed in our previous analysis of the opening day of AVSEC WORLD 2016, it was made explicit from the outset that collaboration would be the keyword here in Kuala Lumpur, manifest by the consistent emphasis on the collective presence of IATA, ICAO and ACI at the forefront of the event.

AVSEC, inherently a conference-dominated occasion with exhibitors generally considered a subordinate part of the aviation security event thus encourages discussion with a view to collective progress for the industry was therefore the principal reason for why the four hundred strong collection of professionals had gathered in Malaysia. That said, many argue that it is time that those with a proximity to the decision making processes with respect to aviation security begin to take action as opposed to simply discuss.

This sentiment was certainly evident in the closing remarks speeches as such as that of Nick Careen, IATA.

“It’s time to stop simply talking about security and starting taking real action,” he stressed, joined by Steven Berti of ICAO and Antoine Rostworowski of ACI and chaired by Tom Windmuller of Chambers Associates in the conference’s closing session on Thursday beneath the Mandarin Oriental’s glistening chandeliers. 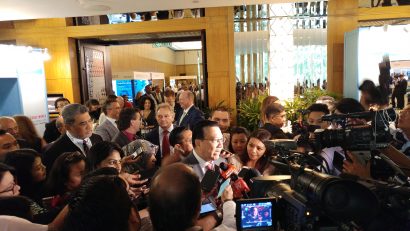 This seemed to be a shared feeling from delegate and speaker alike as I spoke to many throughout the three days. The conference and subsequent focus-specific groups and workshops that emerged on days two and three were designed with the view to fostering debate and discussion. While some undeniably succeeded in this respect: Head of Security at Heathrow Alexis Long deserves praise for his concision before opening up the room early for debate and questioning – perhaps the predominant reason for why many where here – to debate – was often forgotten as several speakers inadvertently repeated similar insights from previous presentations. 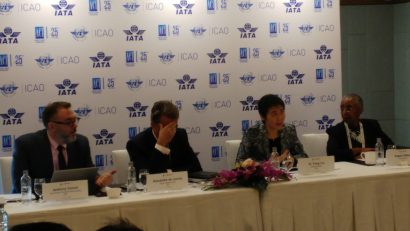 AVSEC WORLD 2016 did feel at times like a continuation of last year’s rhetoric, lacking in empirical demonstration and exemplar rooted in the physical. That said, Schiphol’s Wilma van Dijk and Annet Steenberger among others kept their presentations grounded offering the demonstration of clear, visual and comprehensive solutions to security issues that we hope to explore with further coverage in the coming months.

The paradox we are now faced with is that the debate was almost worryingly consensual. I say worrying as while consensus is precisely the desired outcome of AVSEC WORLD and other conferences particularly with a focus on security,  the consensus in question was established from the outset. Crucially, however and what became evident as the conference progressed is that it was definitively a consensus of objective, not necessarily approach. In other words, airline, airport, agency, supplier and government alike all share the same objective… to ensure passenger safety. 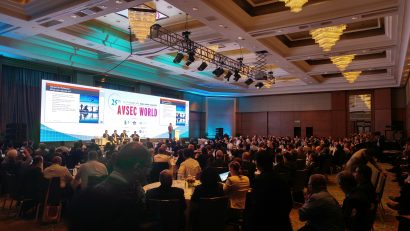 While this is so key to making progress on matters of security, to quote George Bernard Shaw: “If all the economists were laid end to end, they’d never reach a conclusion,” and this is all too applicable to aviation security. All parties are on the same page… it is who is going to pay for progress that remains the problem.

“We need to return security to a passenger-centric approach,” said one speaker. It’s hard not to agree.

“If all the economists were laid end to end, they’d never reach a conclusion,”

Equally, with new threats such as cyber security emerging it’s essential that the industry also turns an eye to the correct integration of new technology. That said, the stress on the importance of the human element of this approach was communicated by many of the speakers.

“The technology is only as good as the human trained to used it” said Johnnie Mueller of Copenhagen Airports, an approach that is sure to gain traction over the next year. 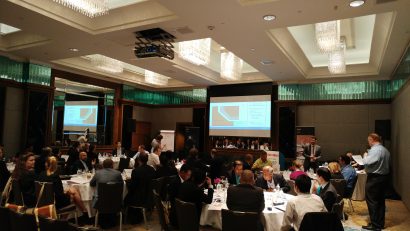 Then Nick Careen of IATA charismatically put things into perspective in the closing session.

“Airport security and safety are synonymous. We need to stop creating this divide when discussing the two. If we, as an industry, are forced into changing an aspect of our approach to aviation or airport safety we do so efficiently and quickly. Why is it that we are still having the same discussion a year on from Dublin about security?”

His comments beg the question: with passenger experience and seamless travel so high on the agenda, why are we not ensuring the screening process is a quick as possible? We must do so, he went onto explain, not by increasing the speed of the very act of screening, but rather by investing in manpower and human resource. The longer it takes, the greater the queue and the larger the risk and scale of a landside attack.

“We are creating problems for ourselves,” Mr. Careen goes onto conclude echoing Angela Gittens, Director General of ACI’s opening remarks three days before that called for a “common sense approach to security”. 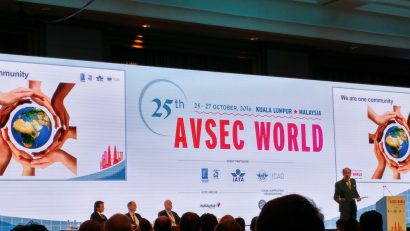 Progress in the matter of aviation security, it seems, will be about investment. It is now a question of how airports, airlines and governments sit down and agree to share the burden.

On a different note, we must congratulate both AVSEC for their choice of location and thank Malaysia for hosting the event, and I will do so for the following reason.

It is crucial that in reality no country is left behind…

Asia is the growth spot of the aviation industry at present and indeed South East Asia a perfect place to also incorporate Oceania into the global conversation. Aviation and the discussion around the industry often sidelines those outside of Europe and North America and Kuala Lumpur, for once, presented not just Australia and New Zealand but fundamentally the Middle East and Asia an easy opportunity, from a pragmatic perspective, to participate in numbers. 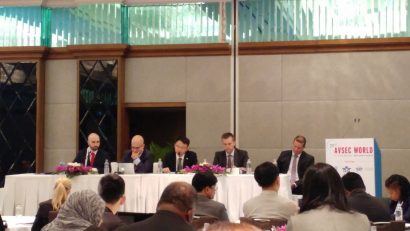 Malaysia in particular, embodies an excellent choice of host country. Air traffic has doubled over the last decade and it is expected, according to figures form IATA, to contribute over a million jobs to the nation by 2025 and $26 billion to GDP.

The success of this choice is incarnated by the presence of a certain Athol Glover, of New Zealand’s Civil Aviation Authority who works extremely closely with the Pacific Islands to aid the development of their aviation infrastructure. His very participation as a speaker at the conference embodies the ICAO motto: “No Country Left Behind”. In matters of security, this slogan could not be more pertinent. When flying from A to B, if A’s security is inadequate, however perfect B’s may be, it is rendered irrelevant if A’s were to fail to secure its airside. Thus personnel representing bodies such as that of the Pacific Islands are just as important as the presence of Heathrow or Aeroports de Paris for example, in Kuala Lumpur. It is crucial that in reality no country is left behind…

It’s not all bad news…

“We will never be defeated by terrorism,” Tom Windmuller said defiantly before Nick Careen echoed his sentiment that “our [industry] reaction to a crisis is unparalleled.”

“The very fact we can open an airport such as that of Istanbul following a tragedy… not within days… but within hours, is a testament to our capacity for collectivity.”

What AVSEC WORLD 2016 demonstrated is essential as follows. While the rhetoric is powerful and there is an undeniable agreement of principles that drives the industry, it is now up to institutions such as IATA, ACI and ICAO but perhaps more importantly, the individual airlines, airport, civil authorities and governments that must act with their heads and not their wallets, if we are to ensure a strength and solidarity in our approach to aviation and airport security.

See you in Abu Dhabi next year…

Is blockchain the solution to enhancing baggage tracking?

Gatwick’s new technology has a 99.9 per cent microbe disinfection rate