Persistence. That’s the word that which might best describe the efforts of the Iraqi government in rejuvenating its largest airport: Baghdad International Airport (BIAP). Aviation author, Michael A. Burris, provides an overview of the airport’s development programme. 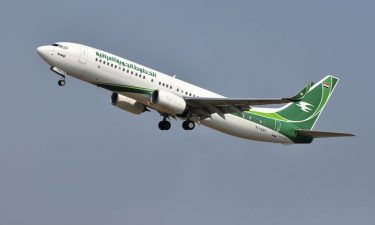 Since the airport’s inception, its growth could be measured in fits and starts. Construction began in 1979, under Iraq’s former President Sadaam Hussein, but due to regional conflicts it didn’t open until 1987. Commercial flights would begin again but ceased in 1991 due to flight restrictions imposed by the UN following Iraq’s invasion of Kuwait. When the US-led coalition forces invaded Iraq in 2003, the airport was renamed Baghdad International Airport. One year later, operational control would be returned to the authority of the Iraqi government, the ICAA (Iraqi Civil Aviation Authority); a subset of the Ministry of Transportation.

In the years that followed, the airport witnessed a slow resurgence of national and regional airlines offering regularly scheduled flights to Europe and other Middle East capitals. Yet the ICAA had limited experience in airport development. If a new, revitalised airport was to be realised, expertise from the private sector had to be employed.

“The airport has a knack for survival if not from war, dictators, or financial uncertainty…”

“The success and continued faith of the ICAA in Serco is testament to the professional nature of our aviation business and our wider group focus on providing excellent service and value to government agencies,” stated David Greer, CEO of Serco Middle East, a leading aviation services provider, in a press release to Iraq Business News in 2015.

Several new projects are in progress to revitalise the facility for the needs of the traveller and international freight-forwarders.

“A significant amount of construction is currently happening at the airport which is comprised of three, triangular-shaped terminals named ‘Nenawa’, ‘Samara’, and ‘Babylon’,” stated François Mamert, Marketing Director at ADELTE, the manufacturer of the airport’s new passenger boarding bridges. 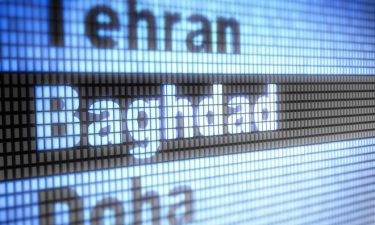 The ICAA has awarded ADELTE two new contracts for the supply of 12 additional passenger boarding bridges operating at the Samara and Babylon terminals of the airport. All units are hydraulic apron drive models with two glass-sided sections and will be supplied along with 12 walkways and 24 rooftops, also designed and manufactured by ADELTE. These new contracts will make a total of 18 new ADELTE boarding bridges which will significantly improve docking, passenger embarkation and disembarkation and maintenance operations.

Along with exterior improvements, the duty free world hasn’t been left out. The Iraq Duty Free store’s website boasts of 380m2 of retail space selling clothing, cosmetics, DVDs, tactical gear, tobacco, food and toys. The stores are operated by Financial Links, a Dubai-based company which has been awarded a 15-year contract by the airport authority to operate stores in the terminals and on the military side of the airport.

The company is now positioning itself to handle the increase in passenger traffic which will return increased revenues as well as employment for a war-weary economy. In 2010, the airport authority projected that 7.5 million passengers per year used the airport. It hopes to double that capacity in the very near future.

The money for these improvements is partially funded from the country’s flagship natural resource, oil with the remaining portion supplied from foreign capital.

Iraqi Transport Minister, Baqir Jabr al-Zubeidi, explained in an interview with online newspaper al-Monitor: “The Ministry never hesitated to put its projects out to tender for foreign companies. And this proved to be a great success. But the investment process is not easy. It is a double-edged sword if not properly handled. The Ministry of Transport’s projects are huge and expensive, and any mistake in retaining the right company or adopting an inappropriate plan might be disastrous.”

“G4S is managing BIAP’s image as closely as its underlying security apparatus. When passengers arrive at the airport, it is reassuring to see local people in these positions. Baghdad Airport is now normal. Having ambled through the arrivals and the departure lounges, there is a sense of normality. There are no visible weapons within the terminal, in contrast, for example, to London’s Heathrow Airport where machine-gun-wielding marksmen intermingle with the crowds,” wrote The Economist in its May 2013 travel section.

“If a new, revitalised airport was to be realised, expertise from the private sector had to be employed.”

New development, however, is very much contingent on the region’s security situation. Iraq, at the very least, is unpredictable. In January 2015, a FlyDubai aircraft was hit by three bullets injuring a passenger. In July of 2016, witnesses heard over two dozen explosions from mortal shells within the airport perimeter area. In the summer of 2014, ISIS militants were spotted only 15 miles from the airport.

Some flights approaching the airport continue to use a spiral approach while landing to avoid be fired upon by insurgents in the areas adjoining the airfield. But now, as the country catches its breath, several airlines have returned to the airport with regularly scheduled service, boosting the airports improved security image. Yet to government leaders with foresight, the incidents are much like small hiccups in the overall redevelopment in the airport of the future.

BIAP’s most important ally is persistence. In a few short years, it may rival similar-sized airports in the Middle East and in Europe in terms of passenger volume and facility innovation. The airport has a knack for survival if not from war, dictators, or financial uncertainty. One only needs to be patient.

Michael A. Burris is a freelance writer who specialises in airline, airport and other aviation-related subjects. He lives in Cambridge, Massachusetts, USA.

2 responses to “Growth and development at Baghdad International Airport”