The problem between airports and diabetes 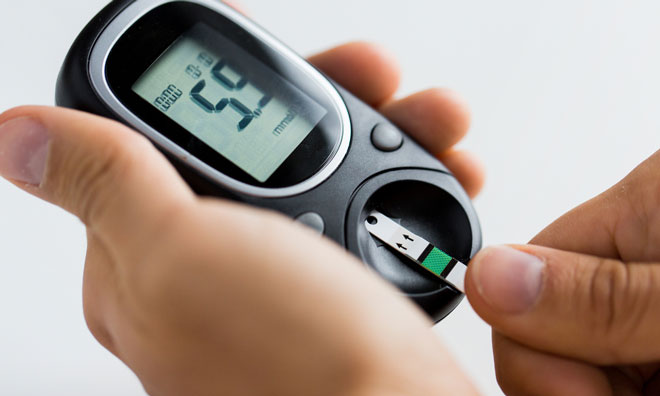 Following an open letter written by Rachel Humphrey to Dubai Airport following the mistreatment of her type 1 diabetic son by the security screening staff, we investigate further by asking Rachel more about her experience and how we can resolve the problems that airports appear to have when dealing with diabetic passengers.

Here at International Airport Review we have read the excellent open letter to Dubai Airport and Diabetes UK report but for the purpose of those who have not could you briefly describe why airport security screening often fails to deal with diabetic passengers in the manner it should?

An insulin pump is a small battery-operated device that delivers precise doses of rapid-acting insulin 24 hours a day to closely match a body’s needs. The insulin pump has a compartment that holds a reservoir that is filled with insulin which is then infused into the body through small tubing and a cannula inserted under the skin.

The tube can be left in for two to three days before it needs to be replaced and moved to a different site. The insulin pump must be constantly attached and disconnection causes blood sugars to rise and hyperglycaemia or ketoacidosis can rapidly develop. This can then quickly become a life-threatening emergency which can develop faster in children. Hospital admission is essential to correct the life-threatening acidosis and treatment involves closely monitored intravenous fluids, insulin and glucose.

Hospitals and insulin pump manufacturers advise that the electromagnetic radiation used by x-ray screening for carry-on or checked luggage and full-body airport scanners may interfere with the motors of insulin pumps resulting in a potential impact on insulin delivery and should be subject to alternative security screening (for example via a wand inspection to test for traces of explosives).

However, airport security officers are often unaware or uniformed and insist to travellers that the insulin pumps go through the x-ray machines or full-body airport scanners, which can (and have accordingly to many of our petition supporters) swiftly cause medical consequences.

“Rather than make specific reference to these pumps, or to any other particular medical device (the wide range of such devices and aids, and the regular changes and developments in them, are such that this would be neither feasible nor sensible), the regulations which set down the methods available to airports for screening passengers and their cabin baggage, include options for when a passenger either prefers not to submit to a particular screening process, or is simply unable to do so for safety or other reasons.”

Mr Haines confirmed that there is a process in place in the UK, whereby all passengers who opt out of being screened by a security scanner, may request an alternative screening method (e.g. an enhanced hand search in private).

I also brought this matter to the attention of Darren Caplan, Chief Executive of AOA (Airport Operators Association), a trade association representing the interests of UK airports, whose members include over 50 airports and more than 150 Associate Members.

Mr Caplan said “With regard to the outbound security process at UK airports, airport operators leave insulin pumps with the passenger and apply a visual inspection supported by Explosive Trace Detection. The same would apply to any other condition, for example those who wear a hearing implant. UK airports would not ask a passenger to divest of any medical aid.”

My correspondence with both Mr Haines and Mr Caplan shows that there is appropriate protocol in place. However, the comments received from other insulin pump users on our petition page (currently at almost 5000 supporters) reveal indisputable evidence that confusion regarding insulin pumps at airport security is prevalent and a global issue, which not only causes stress but can also have swift medical consequences.

What must airports do in order to resolve this issue?

The simply answer is for awareness of the protocols to be regularly repeated to airport security officers.

Our campaign resulted in the AOA issuing an Information Note to UK Airports.

“Whilst the Information Note itself cannot be replicated to the public, the following points address concerns that have been raised:

Finally I advise that passengers affected should speak to security personnel at the screening point to advise of any medical screening requirements and ensure that they carry medical confirmation from their practitioner so that screening may be undertaken accordingly.

Following the issue of today’s Information Note, any negative experiences should be taken up directly with the airport operator concerned.”

This was great news for our campaign. However, I travelled through Gatwick Airport on Friday 5 August and despite showing the official medical letter from the Royal Surrey County Hospital, the airport security officer still insisted that my son’s insulin pump would be fine to go through the x-ray machine. Luckily, I had a copy of Mr O’Broin’s letter and once shown, my son was able to opt for a hand search and wand inspection instead.

Due to this incident, we are advising insulin pump users to print and carry a copy of the information that has been sent to all UK airports, in case security staff are not familiar with it which can be found here.

Diabetes UK, one of the largest funders of diabetes research in the UK, has recently updated their official position statement regarding travel in light of our campaign and also provides the same advice. See page 4 of this document.

Have you had an experience at a particular airport where you have been dealt with adequately?

Yes, it has happened repeatedly within UK airports but our worse experience, which became the catalyst for this campaign, was Dubai Airport. In June of this year myself, my husband and our 14 year old son George – who lives with type 1 diabetes – were due on a connection flight from Dubai to Heathrow. At the security gate at Dubai International Airport a security officer ordered that our son’s insulin pump must be disconnected and put through the x-ray machine. I showed our official documentation and warned of the real potential of damage being caused to the pump by passing through an x-ray machine. Our family were then detained in an Airport Police Room for two hours.

We were eventually able to make the flight after a Doctor at the Airport Medical Centre confirmed that what we had explained was correct. We were then informed that we could travel with the insulin pump attached but that George’s spare pump would be confiscated and held by Emirates airline staff until our arrival at Heathrow Airport.

Upon my return to the UK, I issued a complaint to the Executive Vice President of Operations at Dubai Airport, Mr Chris Garton, who took appropriate action to ensure that this experience would not be repeated again.

Mr Garton said “You will be pleased to learn that I met with the heads of Dubai Police security operations and airport Medical Services yesterday to understand why our procedures were not followed on your return journey. It was agreed all would reinforce the established procedures with staff. The well being and safety of our passengers is of paramount importance and we greatly appreciate you bringing this issue to our attention.”

What does the NHS and other medical experts have to say on the matter?

At the beginning of my campaign I wrote to the UK offices of all insulin pump manufacturers but only received a response from Animas, who issued this statement:

“People with diabetes are not in a position to take a vacation from their condition. We believe it is an unreasonable burden on any traveller to be asked to remove a life impacting device, such as an insulin pump, for security purposes when the traveller is in possession of official documents to support their circumstances. We would welcome any changes to standard airport security policy which would make travel for people with diabetes less burdensome.”

I do however feel that insulin pump manufacturers could assist more by providing indisputable evidence that x-ray screening and full-body airport scanners interfere with the motors of insulin pumps and then open a dialogue with the official bodies.

I am now in contact with the Head of Global Training at ACI (Airports Council International) as they have promised to raise the matter with ICAO (International Civil Aviation Organisation) at the global level so that airport staff all over the world can better understand these medical devices and alternative security screening can be offered.

Permanent Secretary for the Department for Transport Letter

3 responses to “The problem between airports and diabetes”