Rachel Humphrey took issue with the improper treatment of her diabetic son at Dubai International Airport, so much so she penned an open letter describing her experience… 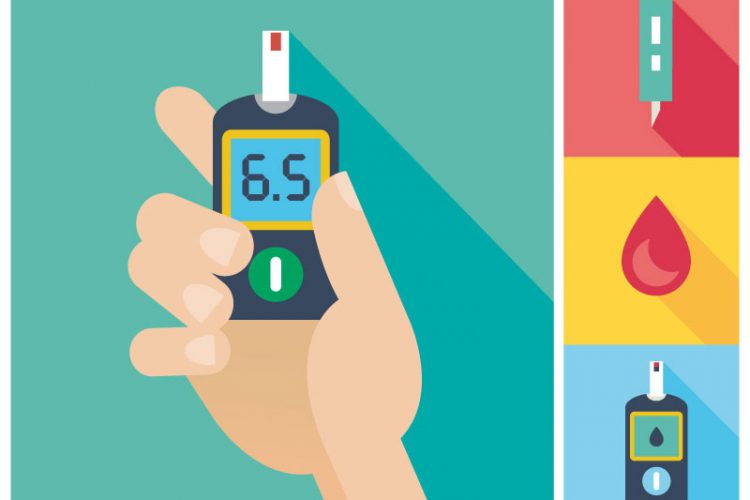 In light of an ongoing petition, an official statement of support by Diabetes UK and a supporting letter from Animas Corporation, a world leading supplier of insulin pumps for diabetics, Rachel Humphrey certainly has some well-known weight behind her campaign.

As a mother with a Type 1 insulin-dependent son, Rachel found air travel to be problematic due to the inflexibility of airports when dealing with her son’s condition and their security systems in place and in the first of a two-part feature on diabetes and airports, International Airport Review explores the issues that face diabetics with respect to security screening and what can be done to ameliorate the problem.

This not only causes stress for the diabetic but can also quickly become a life-threatening emergency. I want all airport authorities to recognise the risks of insulin pumps and x-rays and to train their staff accordingly.

Here is my recent personal experience at Dubai Airport on 4 June 2016 where we were held in an airport police room for two hours because my 14 year old son has an insulin pump:

A brief Introduction to the Insulin Pump 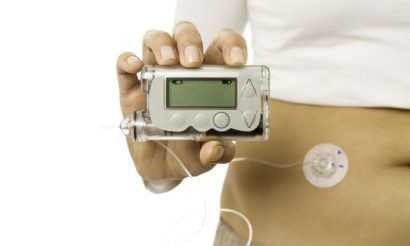 An insulin pump is a small battery-operated device that delivers precise doses of rapid-acting insulin 24 hours a day to closely match the body’s needs.

The insulin pump has a compartment that holds a reservoir filled with insulin which is then infused into the body through small tubing and a cannula inserted under the skin. The tube can be left in for two to three days before it needs to be replaced and moved to a different site. The insulin pump must be constantly attached and disconnection causes blood sugars to rise and hyperglycaemia or ketoacidosis can rapidly develop. This can then quickly become a life-threatening emergency which can develop faster in children. Hospital admission is essential to correct the life-threatening acidosis and treatment involves closely monitored intravenous fluids, insulin and glucose.

Hospitals and insulin pump manufacturers advise that the electromagnetic radiation used by x-ray screening for carry-on or checked luggage and full-body airport scanners may interfere with the motors of insulin pumps resulting in a potential impact on insulin delivery.

Therefore, insulin pumps should not go through x-ray machines or full-body airport scanners. My 14 year old son has an Animas Vibe Insulin Pump whose website states:

“Your pump should not go through the x-ray screening that is used for carry-on or checked luggage. The new airport screening, Whole Body Imaging Technology, is also a form of x-ray, and you will need to disconnect from the pump at your insertion site if you opt to go through the scan instead of a manual search.”

Therefore, we always travel with Type 1 Diabetes ID and official letters from the Royal Surrey County Hospital NHS Foundation Trust and insulin pump manufacturer, Animas. We have flown through many airports in Europe, USA, Canada, Asia, Middle East and once the above documentation is shown the pump is subject to a wand inspection instead of the x-ray screening.

We then made our way through connections to get on the EK658 to MLE at 04:20. We proceeded through security and informed the staff of our son’s insulin pump, showed the official documentation and they excluded the pump from the x-ray machine and we then made our way to Gate A. On our return on 4 June 2016, we arrived at DXB at 12:10 on the EK657 from MLE at Gate C and made our way through connections to get to Gate A16 to catch the EK003 to LHR departing at 14:15. However, at Gate C connections security, the lady officer stated that the insulin pump must be disconnected from our son and put through the x-ray machine. I showed the official documentation and explained it would initiate an immediate medical emergency and also that we had gone through security at Dubai Airport several times before and the pump had a wand inspection without any incident. She contacted her superior who was adamant the pump should go through the x-ray machine. I stated again it was not possible and explained the above.

We were then escorted to the Airport Police Room where we were held for 2 hours and told that as they were not aware of insulin pumps it had to go through x-ray. Again, I presented the official documentation and explained the consequences, I also recommended looking up official advice on the internet and invited the staff to telephone TSA, the hospital or Animas pump manufacturer for further confirmation, but this was refused. We were then marched to the Airport Medical Centre where a doctor confirmed to the accompanying officer that what he had explained was correct. We were then escorted back to the Airport Police Room where the information was relayed.

Despite asking several times, I was unable to get a clear explanation as to what was being said as I do not speak Arabic. We were only told that the manager was refusing to let the insulin pump continue on our journey without x-ray screening.

By this time, we had been in the police room so long that we were in danger of missing our connecting flight.

The stress and upset was causing my son’s blood sugars to rise and he was visibly distressed, as were we…

Finally, we were informed that he could travel with his insulin pump attached to him but that his spare pump would be confiscated and held by Emirates staff until our arrival at LHR.

The Dubai Airports website states under ‘Special Assistance’ that “we pride ourselves on making our airports and services accessible to passengers with restricted mobility and special needs. All you need to do is to inform your airline in advance.”

We had informed Emirates of both my son’s Type 1 Insulin Dependent disability and also that my husband is registered blind. The treatment we received by Dubai Airport staff was highly discriminate and incredibly rude with no compassion or willingness to understand, help or support us. Several times during our time in the police room the staff spoke in Arabic, looked at us and laughed. This made us feel incredibly vulnerable and uncomfortable and there was very little if any effort to explain to us what was happening throughout the ordeal. I would like to request an investigation into this incident. I would also request a standard policy and procedure to be put in place with security staff for all insulin pump users as the treatment at the security stations in Dubai Airport are clearly inconsistent.

“You will be pleased to learn that I met with the heads of Dubai Police security operations and airport Medical Services yesterday to understand why our procedures were not followed on your return journey. It was agreed all would reinforce the established procedures with staff. The wellbeing and safety of our passengers is of paramount importance and we greatly appreciate you bringing this issue to our attention.”