Brian Wynne, the President and CEO of the Association for Unmanned Vehicle Systems International (AUVSI) discusses in an exclusive two-part report the importance of safety and regulation when it comes to the exploding phenomenon of drones and their increasing democratisation into the public sphere.Read part one of the analysis here. 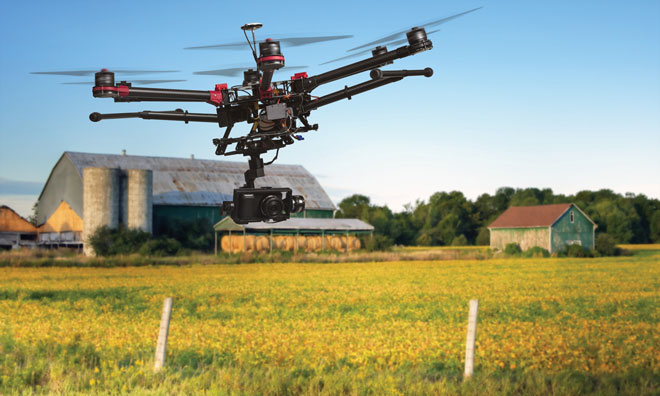 The educational and public awareness efforts as discussed in part one of the report are important because, while some guidelines seem like common sense, others are less intuitive. For example, many users do not know that they have to notify an airport authority and air traffic control before flying an unmanned aircraft within five miles of an airport. Similarly, many recreational operators may not be aware that they should fly their UAS (Drones) no higher than 400 feet, or that they must keep their drones within visual line of sight. New users may also be ignorant of other necessary procedures, such as checking for temporary flight restrictions (TFRs) before taking to the skies to ensure they are not interfering with stadium events, wildfires and other temporary airspace restrictions.

AUVSI’s 7,500-plus members are dedicated not only to the advancement of unmanned systems, but also to ensuring this technology is used safely.

Indeed, while sporting events with large groups of people may seem like an ideal opportunity to test out a new drones and get a bird’s eye view, the FAA typically restricts airspace around events with a seating capacity of 30,000 or more, including concerts, major league baseball and motor speedway events. During Super Bowl 50 in 2016, Know Before You Fly created graphics that were posted on social media and distributed to the mainstream media reminding UAS operators and model aviators to respect TFRs in effect around the stadium.

The campaign not only reaches consumers and hobbyists about flying safely, it also provides businesses with critical information. From farmers needing to survey their fields, to real estate agents hoping for aerial footage of a new listing, businesses across every sector are excited about UAS, but they must understand the regulations governing their use. This information is critical and will help grow our economy. An AUVSI’s study has found that the U.S. could add more than 100,000 jobs and $82 billion to the economy once drones are integrated into the national airspace. By continuing our efforts in educating businesses, we hope to ensure UAS integration occurs as safely as possible.

The federal government has an important role in commercial UAS integration too. The FAA has proposed rules for the commercial and civil use of UAS that are a good first step towards ensuring the safety of the skies while bringing us closer to reaping the many societal and economic benefits of UAS technology.

In addition, the FAA has launched research initiatives to help develop procedures and technologies to identify unauthorised UAS near airports. Equipping airports with technology that can detect, track and identify UAS that are flying unsafely, or in restricted areas, will help ensure the safety of the airspace for all aircraft – both manned and unmanned.

During Super Bowl 50 in 2016, Know Before You Fly created graphics that were posted on social media and distributed to the mainstream media reminding UAS operators and model aviators to respect TFRs in effect around the stadium.

The FAA has also designated a Centre of Excellence for UAS at Mississippi State University. The purpose of this is to focus on research, education and training to help reach safe and successful integration of drones into the national airspace. Additionally, there are 15 universities from around the country involved in this effort. Research has focused on testing detect-and-avoid technology; low altitude operations safety; compatibility with air traffic control systems and beyond-visual-line-of-sight operations.

These highly controlled research areas will provide key information about how we can reap the benefits of these operations – during search and rescue missions, for example – without putting the safety of the airspace at risk. The research conducted today will ensure that once UAS are integrated into the national airspace, the proper safety measures will already be thoroughly tested and ready to put in place.

Businesses across every sector, including farmers surveying their fields, need to understand the regulations governing the use of UAS

AUVSI’s 7,500-plus members are dedicated not only to the advancement of unmanned systems, but also to ensuring this technology is used safely. AUVSI has seen first-hand the tremendous possibilities for UAS in government, industry and education. With the continued support of Know Before You Fly and the continued engagement of both experienced and new UAS operators, we can ensure a bright future for this technology and safe airspace for all.