SESAR deployment is a daily reality in Europe 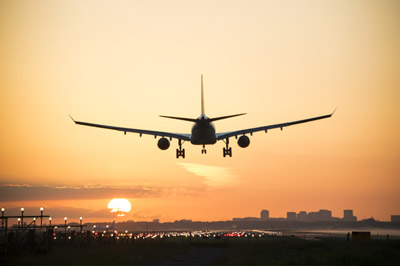 “After 3 days of World ATM Congress and sharing thoughts with our stakeholders, we can conclude that we are perceived very positive by all stake- and shareholders. Now we have to make sure we are able to keep on delivering. Therefore the consultation of the Deployment Programme 2016 has already started. This time we are able to plan more in time. Today we are also talking something that is tangible, with 84 implementation projects running and even 6 projects already successfully completed. The return on investment is there and Deployment is a daily reality.”

On the first day of the World ATM Congress, SESAR Deployment Manager kicked off with some key figures on deployment happening today. The Deployment Programme progress, which refers to the Implementation projects of the CEF Transport Call 2014 is on track. The activities performed by the Implementing Partners, within the respective projects, led to the achievement of actual results which are expected to bring tangible benefits to the aviation sector and, in general, to the community.

There are 84 implementation projects (of which 10 multi stakeholder) by 45 partners already running in 23 EU Members States and also 2 neighboring States. The 45 Implementing partners consist of 26 Air Navigation Service Providers, 13 Airport Operators, 5 Airspace Users and 1 MET Service Provider. All this is the true demonstration of Europe’s ATM industry willingness to invest in modernization and meet Single European Sky challenges. What is being implemented through SESAR Deployment Manager today, is the result of already more than 8 years of intense R&D work performed by SESAR Joint Undertaking.

If we take a closer look at the projects per ATM Functionality, we have:

The following projects have been already successfully completed:

For the CEF Transport Call 2015 SESAR Deployment Manager submitted a total of 223 implementation projects. 83 partners are representing the whole ATM community: Air Navigation Service Providers, Airlines, Airports Operators, Meteorological Service Providers, the Network Manager, Eurocontrol, the Military and the European Manufacturing Industry. The Call covers 31 States, including 27 EU Members States  and 4 Neighbouring States. This means a total potential investment of €2.4 billion. It is foreseen that the European Commission will take a decision on the awarding of these projects by the beginning of July 2016.