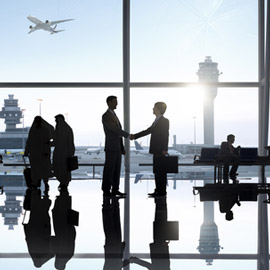 The ACI EUROPE report entitled “The Ownership of Europe’s Airports 2016” surveyed 500 airports within its European membership.  The report concluded there had been a dramatic rise in private ownership of airports. This latest edition is the second such report, following an earlier edition released in 2010. The report revealed a widespread increase in the number private investors with an interest in European airports. The ACI has attributed this change to deliberate policy choices, State budgetary constraints, and the need to promote air connectivity by investing in the development of airport infrastructure. Results reveal 41 percent of European airports, or 205 surveyed airports, now have private shareholders, up from only 22 percent in 2010. Close to 39 percent of these airports (79 airports) have full private ownership, while 61 percent (126 airports) are ‘public-private partnerships’ involving a combination of private and public shareholders. The report also concludes that private shareholders have a stronger footing at larger airports. This is mirrored in passenger numbers where airports with private participation now handle close to 75 percent of passenger traffic. According to the ACI, this choice is reflected in the fact that smaller regional airports tend to be structurally unprofitable. These airports are more suited to a more limited range of private operation models than their larger counterparts.

Olivier Jankovec, Director General ACI EUROPE commented “In just 6 years, private investors have gotten involved in an additional circa 100 airports in Europe. This means that the number of European airports with private shareholders has more than doubled – and that 3 in 4 passengers are now travelling through an airport with private shareholders. Meanwhile, almost all fully publicly-owned airports are now corporatized and managed on a purely commercial basis. These are not anecdotal changes to our industry – they are truly transformative changes. They underline the fact that airports are now run as businesses focused on air connectivity development, operational efficiency, service quality, revenue diversification and sustainable investments.

He added “The challenge now is to ensure that we have in place a regulatory framework which fully mirrors and promotes this continued business transformation – and helps ensure that the travelling public continues to enjoy the fruits of a healthy and competitive airport market.” The rise of private ownership has been more prevalent at EU airports than non-EU airports where almost 27 percent have private shareholders. Prominent examples of EU airport operators which opened up to private shareholders since 2010 include the national airport networks of Spain (AENA – 46 airports) and Portugal (ANA – 10 airports) as well as MAG (Manchester Airports Group), SEA (Milan airports), Zagreb, Ljubljana and Toulouse airports. Olivier Jankovec continued: “This shift towards more private involvement in EU airports is ongoing. Alongside Nice and Lyon airports in France, as well as the Lithuanian airports network, 14 Greek regional airports are expected to be transferred to a private consortium over the coming months. When completed, these transactions will see private shareholders being involved in more than half of the EU’s airports.”