As Britain enters the Christmas holiday period, Darren Caplan, Chief Executive of the Airport Operators Association (AOA) and Editorial Board Member of International Airport Review, gives a verdict on the Government’s approach to two of the UK’s most successful and interlinked sectors – aviation and tourism – underlining that there is movement in the right direction, but more needs to be done…

The one thing that should be said at the outset is that, six months into the new parliament, things appear to be moving in the right direction from a policy-making perspective. On issues such as tourism strategy, airport capacity and visas, there is a sense that Ministers are keen to make a fast start and achieve momentum as early as possible.

The recent publication of a new Five Point Plan for Tourism was certainly a cause for celebration, containing as it did a number of measures that we believe will increase visitor numbers to the UK, and ensure that the substantial economic input generated by tourism and aviation continues to increase.

In particular, we are delighted that the Government has accepted industry calls for a new inter-Ministerial group, chaired by the new Culture Secretary, John Whittingdale MP, to co-ordinate action across Government departments in support of tourism. With so much Government policy impacting the sector originating outside DCMS, it is important that departments across Whitehall are as involved as possible in the decision-making process. It is good to see too that Ministers recognise that it is almost impossible to think of the tourism industry without also thinking about transport – especially aviation – and that they will be working to link these two vital sectors closer together.

Having acknowledged the progress made, however, our verdict is still that there is much more that the Government can do to develop these two sectors further. We would like to see priority given to the following policy areas:

Now that the Airports Commission has issued its Final Report, the Government needs to respond as soon as possible to maintain momentum, remove uncertainty and ensure that the additional capacity that is so desperately needed is delivered. At the same time, more needs to be done to make better use of existing capacity across the country through improved surface access to airports, airspace changes to accommodate future growth, and planning rules which will allow airports that wish to expand the opportunity to do so.

Despite the welcome abolition of the longest-haul APD rates, and well as last year’s action to remove the levy for children, the overall rate of APD remains the highest in the world – double that of Germany – and should be reduced further. The Government also needs to honour its pledge to ensure that airports will not be disadvantaged if the Scottish Government goes ahead with its plans for a 50% reduction in APD north of the border. The simplest and fairest way to do this would be to ensure that any cut in Scotland is matched across the whole of the UK, thereby removing any damaging distortions and allowing airports to compete fairly against each other.

There have been some welcome improvements to visa processing, not least the recent reforms to long-term visitor visas for Chinese travellers, but more still needs to be done to attract inbound visitors, including by sharing visa application centres with Schengen countries, thereby allowing visitors to apply for a UK and Schengen visa at the same time and place; and reducing the cost of transit visas to enhance the UK’s position as a major international and tourism hub.

The Government, in its Five Point Plan, acknowledged how important this can be for enabling tourists to travel outside London. Now is the time to back those words with action by implementing the Regional Air Connectivity Fund, initially announced as long ago as the 2014 Budget, as soon as possible and ensuring that the money is awarded to successful airport bidders and invested as quickly as is practical.

We look forward to working with the Government on this agenda in 2016, helping to ensure that over the next few years, aviation and tourism can play an even greater part in the future success of the UK economy. 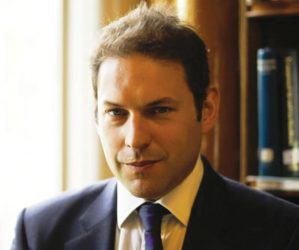 Darren Caplan has been Chief Executive of the Airport Operators Association (AOA) since January 2011. Before the AOA, Darren worked for 14 years in communications, public affairs and politics in a number of sectors, including infrastructure, planning and technology; and for the four years prior to joining the AOA in 2011, he was Director of Public Affairs for full-service comms agency Brands2Life. Darren’s political experience includes working for the Conservative Party and standing as a Parliamentary Candidate in the 2010 general election.