The role of ANSPs in European aviation

Air traffic management (ATM) provided by air navigation service providers (ANSPs) is the invisible part of the air transport value chain but it is the essential enabler for the air transport system. In this article Guenter Martis, Director European Affairs at CANSO, will lay out what ANSPs are doing to transform global ATM performance and the important steps that the EU institutions and States need to take to make it happen… 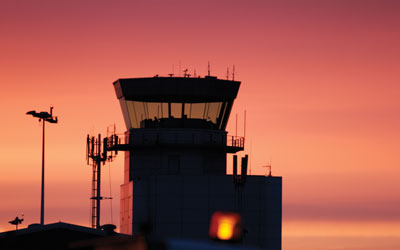 ANSPs are the natural partners of the airlines and airports when it comes to an efficient air transport system connecting within Europe and connecting Europe to a worldwide network. CANSO plays a vital role as the global voice of ATM and our goal is to transform global ATM performance to provide safe, efficient and harmonised airspace. This transformation is particularly important in Europe but our goal of safe, efficient and seamless airspace across Europe has suffered from political and institutional barriers. The good news is that we are making progress but many challenges remain.

I wish to start by looking at the historical context. In the 1990s, air traffic growth led to increasing flight delays and the ATM system in Europe reached its capacity limit. Airlines called for urgent action and solutions to the problem. This was due to a number of factors. Each State had different ways of organising the provision of air navigation services, with each using different ATM infrastructure.

There were inefficiencies in the route structure caused by national approaches rather than routes designed to optimise the operational requirements of airspace users across the continent. This was exacerbated by insufficient cooperation between ANSPs in planning and operating the whole Europe-wide ATM network. In addition there was a lack of cooperation not only between governments/regulators and ANSPs in each State, but between States with ANSPs often not included in the discussions and decisionmaking. There were no binding plans for harmonisation and integration of ATM across Europe by EUROCONTROL. Capacity plans were insufficient to cope with the strongly growing demand for air travel. Finally, structural deficits (such as separating regulatory and service provision functions) were not systematically addressed.

In 1995, EUROCONTROL created the Central Flow Management Unit (CFMU) in response to the chronic delays. Today the Network Manager has extended the role of the former CFMU and now proactively manages the entire ATM network (with nearly 10 million flights every year).

‘From patchwork to network’

In 2000, the European Union Transport Commissioner Mrs. Loyola de Palacio initiated the Single European Sky (SES) project, stating that the work on the single European sky was designed to bring an end to the catastrophic situation with delays, given the constant growth in the volume of traffic and safety requirements.

The first SES package was published in March 2004 and was based on the following four regulations:

This package triggered an enormous amount of activity within the EU Member States and their ANSPs. The world of the ANSPs changed considerably, mainly through additional administrative requirements, but also in terms of doing business in a more customer-oriented way in serving the airspace users. CANSO, as the association of the ANSPs, facilitated the strong involvement of the ANSPs by creating joint and clear positions in this change process.

In 2004, the European Commission launched SESAR (Single European Sky ATM Research) to introduce a new single Europe-wide system for ATM. The aim of SESAR is to cater for a projected tripling of air traffic by 2020, to cut ATM costs, to improve flight safety, and to reduce the environmental effect of increased air transport. CANSO and its ANSP members have played a fundamental and important role in building the SESAR concept.

Still, airspace users expressed their dissatisfaction with the results of SES as neither SESAR nor FABs brought the expected improvements straight away. In response, the EC published the second SES package in July 2007. It addressed ATM performance (costs, capacity, safety, environment) and introduced the Network Manager. Again, EU Member States and their ANSPs worked hard on numerous improvements.

With the measures introduced so far by EU Member States and their ANSPs, many of the problems have now been overcome. Delays caused by ATC are marginal – from 4.5 minutes in 1999 to 0.61 today. The efficiency of the European route structure has been significantly improved with better cooperation between civil and military authorities. The roles of the Network Manager and stakeholders have been clarified and a stringent definition of their cooperation provides an optimised ATM network. Through the SESAR Joint Undertaking, as a public-private partnership, ATM research and development in Europe has been centralised, providing the ATM Master Plan. A Deployment Manager, as a partnership of the airspace users, airports and ANSPs, jointly manages the network-wide, synchronised infrastructure deployment with those that are responsible for the operation of the ATM network in Europe. Structural deficits have been mainly resolved by the States by creating more or less independent service providers with their own responsibility.

Safety remains the top priority; safety performance has continuously improved as ANSPs work with national authorities and the newly created European Aviation Safety Agency (EASA). ATM-related costs in Europe were, in general, lowered since the start of SES in 2004, and overall performance has improved. An active Social Dialogue has been established to manage the relations and address the concerns of employees and unions etc. This is the social dimension of the change in ATM provision.

Nevertheless, critics claim that still-fragmented air traffic management is the main cause of inefficiency and the higher costs of ATM compared to, for example, the U.S. However, a detailed comparison has yet to be made and experts claim that the reality shows at least an equal performance level in Europe. The proportion of operating costs spent on ATM for an average European airline is 4%1. For low cost carriers the share is approximately 12%. According to the Performance Review Commission, ATM inefficiencies cost airlines around €4-5 billion each year.

Improvements in infrastructure need investment which were planned based on the income from the projected air traffic increase. However, flight numbers have been stagnating since 2009. The growth that was forecast in 2004 has not materialised and former investment plans therefore had to be dropped.

While ANSPs do the most they can to support their customers, it is mainly the responsibility of the EU Member States to take steps to improve the situation.

I believe there are seven main points which the EU and its Member States need to address:

What does the future hold for ATM in Europe?

There is much talk of competition and the full market opening of ANS provision. However, we need to consider that because State ANSPs have to fulfil a public interest function, they cannot simply be benchmarked according to the metrics of typical private enterprises competing in a fully liberalised market. Opening the market for ATM services could end up in creating monopolies/oligopolies and the financing of some services through revenues raised though other services, against the rules of SES. This would create an unfair competitive advantage for some organisations.

The future of an optimised ATM network in Europe lies in politicians recognising ANSPs, airspace users and airports as ‘operational stakeholders’, taking over responsibility for operating the European ATM Network in line with the provided EU performance regulation.

The achievement of SES needs transparent processes and open communication with stakeholders to ensure the transformation of ATM in Europe and to motivate all stakeholders to invest time, energy and resources in this process.

Technology will be the driver for change, bringing improved safety, more capacity, lower costs and less environmental impact through higher levels of automation.

CANSO Members have contributed significantly to the SES improvements over many years and will continue to play a proactive role for an efficient and effective European ATM system.

Guenter Martis is Director European Affairs of CANSO (Civil Air Navigation Services Organisation) and was appointed in 2009. He is responsible for CANSO’s activities and initiatives in Europe and promotes and facilitates the development of air navigation services in the region. He represents CANSO, its Members and the ATM industry with governmental and industry bodies. These include EUROCONTROL, the Industry Consultation Body, the SESAR Joint Undertaking Administrative Board, and EU Social Dialogue which he Co-Chairs. Before joining CANSO, Guenter was Director Europe for Safety, Operations and Infrastructure at the International Air Transport Association (IATA). Previously, Guenter was General Manager Technical and Operations with the Association of European Airlines. His aviation experience started in 1977 with Austrian Airlines, for which he worked until 2004 in several positions.