Paul Adamson, Airport Operations and Interoperability Officer at the International Civil Aviation Organization (ICAO), writes about the development of the GRF, its implementation, and progress to date. 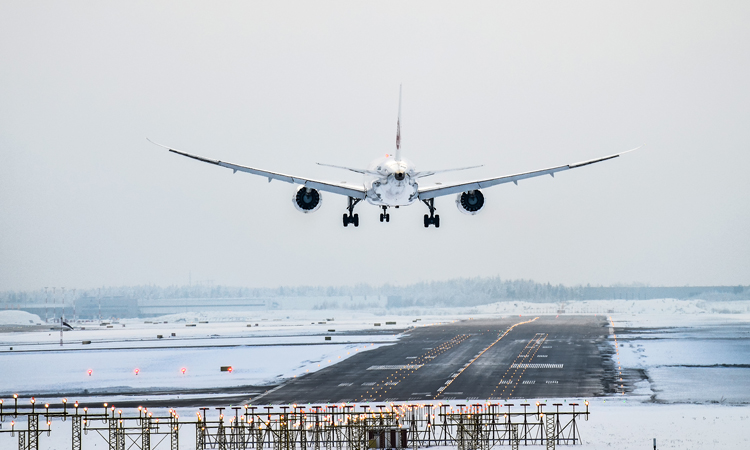 After more than a decade of development, the ICAO Global Reporting Format for runway surface conditions (the GRF) became applicable worldwide on 4 November 2021. To date, some 153 states have fully implemented, or are executing, their plans. More states will join over the coming months, so it is hoped that we will soon have truly global and harmonised implementation.

But why is the GRF so important? What is it?

Runway safety remains one of the top safety priorities for ICAO. Runway excursions are the most common form of aviation accident. In fact, 50 per cent of all fatal accidents in 2020 were runway excursions. Whilst there are many causes and types of runway excursion, the risks associated with snow, ice, water etc. are well known and have resulted in several serious accidents, including overruns and veer-offs.

The GRF was developed by ICAO to mitigate this risk through the harmonised observation and reporting of runway surface conditions. It comprises the assessment of runway surface conditions by a trained observer (normally airport operations staff) who, using a globally recognised runway condition matrix, allocates a runway condition code to each third of the runway. This code is complemented by a description of any surface contaminant, including its type, depth, and amount of coverage, again per third and using a globally recognised set of descriptors. The outcome of the evaluation is then incorporated into a standard report, the Runway Condition Report (RCR), which is forwarded to the air traffic and aeronautical information services for transmission to pilots by SNOWTAM, by ATIS and if necessary, also by radio broadcast. By correlating the RCR with aircraft performance data provided by the manufacturer, the flight crew can calculate their take-off or landing performance. This matching of standardised observation and reporting with standardised aircraft data is a key advantage of the GRF.

Another important element of the GRF is the facility for flight crew to provide their own observations of runway surface conditions, used to confirm the RWYCC or provide an alert to changing conditions. There is also the facility for airport operations staff to upgrade or downgrade the RWYCC using other information sources or their local knowledge. It should also be noted that the GRF does not apply to winter snow and ice conditions only; it also applies to wet runways, hence to airports that do not experience winter conditions.

As with the development of all ICAO standards, a team of top experts were brought together. This team, known as the Friction Task Force (FTF), started its work in 2008. Their proposal was then subjected to a rigorous consultation, review, and approval process during 2015, leading to adoption of the GRF by the ICAO Council in 2016. This process is important when we consider that the GRF was intended for implementation at all airports around the world; there was consultation and we had agreement!

Since adoption by the Council, ICAO, and industry have been supporting states, airlines, ANSPS, and airports prepare for GRF implementation through numerous awareness events such as workshops and seminars. In co-operation with industry, ICAO has also developed training resources comprising computer-based and instructor-led courses, with specific courses for airport operations, airline, and ATC staff available in several languages.

Whilst the extensive ICAO provisions developed by the FTF have proven to be complete, additional guidance in areas such as ATIS messages, the SNOWTAM, ‘change management’ and the observation of runway surface conditions was requested. Supplementary material has therefore been developed, in co-operation with the ICAO Regional Offices and industry.

To help states and airports plan their implementation, a checklist comprising a generic set of 16 implementation milestones was agreed. This set is now being used for implementation monitoring, with states reporting progress to their respective ICAO Regional Office. An interactive map showing the implementation status at state level can be found on the ICAO GRF webpage.

In summary, key advantages of the GRF are:

As mentioned above, at the time of writing 153 states had either fully implemented the GRF or were reporting progress against the agreed milestones (and hence, have implicitly committed to implementation). No significant issues have been identified, and anecdotal evidence indicates that flight crews appreciate its standardisation and ease of use. This is testament to the thorough work of the ICAO and the FTF.

Looking to the future, the standard format of the GRF provides a baseline for the eventual development of tools and technology to augment human observation and improve promulgation to flight crew. As data is gathered it may also be possible to better understand the impact of weather on runways, helping us to anticipate issues and improve the planning of traffic flows. Such technologies are under development, and it is expected that they will eventually be incorporated into the GRF, whilst preserving its simplicity and cost-effectiveness.

Paul Adamson is an Airport Operations and Interoperability Officer at ICAO. He has a background as an Air Traffic Controller, with experience in the UK, Middle East, and Europe. More recently he has been engaged with development and implementation activities, focusing on capacity and safety improvements for airports. He works for the pan-European Air Traffic Control organisation EUROCONTROL, where he was Head of Airports at the EUROCONTROL Network Manager. Since 2016, he has been seconded to ICAO in Montreal, where he is the focal point for runway safety and the Global Reporting Format for runway surface conditions (GRF).