Founded in 2003 in Sweden, DHF Airport Systems AB specialises in the development and implementation of turnkey solutions for the international aviation market. Based on advanced optimisation technologies, DHF offers to airport operators and air navigation service providers unique software for alarm management in critical airport systems and processes. DHF’s technology can also be delivered as a complementary part; integrated into another supplier’s product.

Complex airport processes, such as baggage handling systems and airport building management systems, are often equipped with many number of alarms to ensure the process is safe, easy to monitor and running efficiently. But in complex fault situations, this can cause a large number of alarms from consequential faults – so-called ‘alarm cascades’. In these instances the control system may overload the operators and the situation can become temporarily incomprehensible. This is an issue in many of today’s alarm systems and causes problems for airports.

DHF’s innovative airport fault detection system (AFDS) is the only software system on the market that can identify 100 per cent of the root faults in an event and separate them from consequential faults. But why is it important to differentiate between root and consequence faults? “Alarm cascades create the most difficult problems because when a fault occurs in a complex technical plant or system it usually causes a large number of consequential faults, and as these are usually alarmed, the result can be a cascade of tens, hundreds or even thousands of alarms,” says Andreas Delhusen, President and CEO of DHF Airport Systems AB. “By filtrating the root causes from consequential faults the operator can immediately take the correct action. An alarm cascade is very difficult to analyse as it occurs at the beginning of an incident and can make the operator lose situational awareness exactly when they need it the most! It’s a threat to all modern control rooms.”

What makes the AFDS unique is its technology and implementation, as Andreas explains: “It’s intelligent, it’s fast, and it’s easy to implement. Compared with traditional technology implementation, it’s almost ‘plug and play’ and additional speed is achieved thanks to automatic generation. This saves money and makes installation even quicker.”

Andreas reveals that alarm cascade problems are more pronounced than most people realise. For example, when an incident initially sets off an alarm cascade, an experienced operator may disregard the alarm system, and try to assess the system looking at high-level system parameters. Once the incident has been handled, the operator typically clears the alarm list without looking at the alarms, and then resumes its use as a monitoring tool during ‘calm’ operation. “In short, a typical, state-of-the-art alarm system becomes useless in complex fault situations, and only comes back to work again when the fault situation has been remedied. But this is not due to unskilled operators or inferior alarm system technology, it’s because so far there has simply been no industrially viable solution for how to handle alarm cascades,” he says.

DHF provides add-on functionality to already centralised systems. The AFDS typically connects to the airport’s existing SCADA and control system with a communication protocol which can send all alarms in real-time to AFDS.

The AFDS has been well-received in the industry to date. In 2011, DHF performed a successful trial installation at Billund Airport in Denmark, which covered all equipment handled by the airport’s remote control and monitoring system (RCMS), including the instrument landing system, airfield ground lighting, radar and support systems. The trial system was installed as a read-only system to the existing RCMS, to temporarily enhance the existing RCMS system with the AFDS functionality including intelligent alarm analysis and perform technology tests. The trial installation was followed in March 2013 by technology tests which proved successful.

Andreas concludes: “Fully implemented airports can potentially save millions of euros each year, and our system is unique and fits very well into existing airport solutions. DHF is currently discussing AFDS implementation projects with some of the world’s leading airport operators and air navigation service providers, particularly regarding ATC, aircraft ground support equipment, baggage handling, airport building management systems and airport security. Within four years DHF expects the product to be in operation at the majority of the world’s 50 biggest airports.”

Andreas Delhusen, President and CEO of DHF Airport Systems AB, has a solid background in aviation and international airport business. Following 10 years as a pilot, Andreas then worked for 17 years in international sales and marketing of equipment including passenger boarding bridges, visual docking guidance systems, aircraft ground support equipment and airport IT solutions for a variety of ATC and airport systems. Andreas is also an entrepreneur and co-founder of DHF Airport Systems AB. 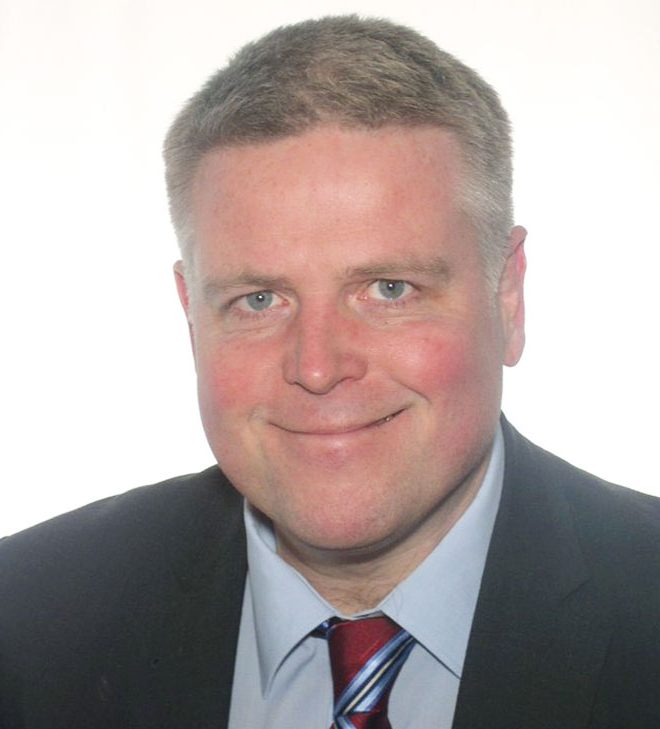 Sustainable smart cities and the power of the IoT