Construction: A feat of engineering

Standing at 60 metres and with a 360-degree view of the region, Manchester Airport’s new ATC tower is a shining example of modern airport construction… 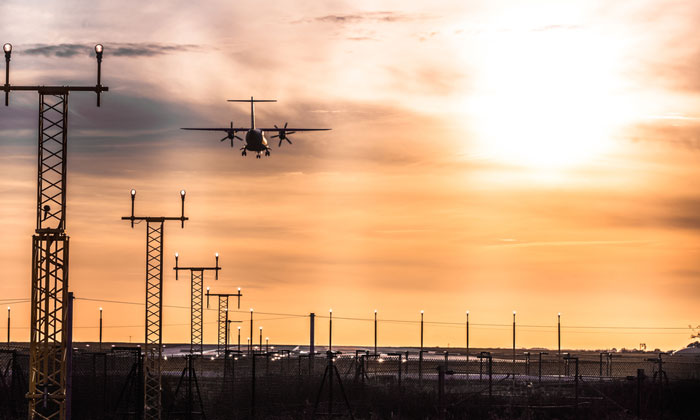 Manchester Airport’s new £20 million air traffic control (ATC) tower took over live operations at 1.17am on Thursday 27 June 2013. The new tower had 1,500 tonnes of concrete poured in just nine days as it sprang up from nothing to its full height of 60 metres, but the project was initially considered in 2008 with the first turf being cut in November 2011.

A state-of-the-art facility, it is the second tallest ATC tower in the UK. Its height and position on the airfield, together with the technology employed, enables NATS, which runs the tower’s 24-hour operation, to provide the very best service for the airport and its passengers.

“The transition to full operations is the culmination of a long, collaborative project to enhance still further the service we are able to provide to Manchester Airport, the airlines and the thousands of people that fly into and out of this airport every year,” said Paul Jones, NATS General Manager at Manchester Airport.

“We have been involved since the very beginning of the project, working with the architects on the building design and specifying the ATC equipment that needed to be installed with the airport team.

“The latest technology in the tower enables controllers to continue to provide a safe and efficient service for the 170,000 aircraft movements at the airport this year. In fact, a total of 70 different systems support the ATC services at Manchester Airport, including radar processors, plasma touch displays, electronic flight progress strips and communications equipment.

“NATS staff went through a threemonth training programme to familiarise themselves with operations in the new tower ahead of the transition.”

The new tower provides facilities that are suitable for a 21st century airfield and were much needed as Manchester Airport continues to develop. “The tower demonstrates our continued investment in Manchester Airport and will be our most significant development at the airport in 2013,” explains Andrew Cowan, Chief Operating Officer for M.A.G, which owns and operates Manchester Airport.

“It follows previous investments made, such as the £10 million upgrade of the airfield in 2010 so we could prepare for the arrival of the Emirates A380 and the complete refurbishment of Runway 1 in 2011.”

Standing at 60 metres, the tower has 360-degree panoramic views around Greater Manchester and into Cheshire; providing a much improved structure when compared to the former tower, which had been operational since 1962 and will now be decommissioned.

The visual control room, which sits on top of the ‘sub cab’ unit, houses an approach radar and navigation section, surveillance and communications equipment, as well as the airport’s approach control team, while the base of the building houses new offices and an equipment centre. The control tower provides unrivalled views of the entire airfield operation from its new location; a big change from the previous tower’s position on top of an office above Terminal 1, for which controllers required cameras to assist with views to the farthest end of Runway 2.

The actual construction of the tower happened relatively quickly, beginning in March 2012 with completion of final works in June 2013.

During construction, it took just nine days to complete the 60 metre shaft that would become the tower’s centrepiece. The construction teams, led by contractor Morgan Sindall, poured concrete continuously for 222 hours – from the morning of Tuesday 13 March 2012 to the early evening of Thursday 22 March – at an average rate of 27cm an hour.

This method of pouring concrete into a continuously moving form is known as ‘slipform’ and is the same construction technique that was used to construct the famous CN Tower in Toronto, Canada.

Teams of 20 construction operatives worked continuously on an elevated hydraulic platform surrounding the shaft, inserting steel reinforcing rods into the concrete and polishing the structure, to ensure a smooth finish. In all, approximately 600m3 of concrete and 65 tonnes of steel reinforcement were cast to form the nine-metre wide shaft.

The next stage of the project saw the team construct a 168 tonne ‘sub-cab’ unit, which is equivalent to the size of a four-storey detached house and was constructed on the ground before Europe’s biggest mobile crane was brought in to lift it delicately into place on the top of the tower shaft.

The 800-tonne, 90-metre high crane was required to lift the sub-cab section of the control tower 60 metres into the air, before guiding it to its finished position on the top of the tower shaft. The crane took four days to build but the lift itself was completed in under two hours and involved two ‘banksmen’ sitting on top with radios, charged with guiding the two 10mm guide rods into place.

“This was a very complex phase of a project which required months of planning,” said Jim Morgan, Area Director at Morgan Sindall. “The crane itself is a serious piece of kit and had to be brought to the site in 25 articulated lorries and assembled by six smaller cranes. The lift was a smooth operation and we even got a break in the weather which meant the spectators got a fantastic view of a pretty unique construction event.”

Manchester Airport is one of the busiest airports in the UK and is constantly investing in its estate and infrastructure. The construction of the new ATC tower is a key development in the airport’s future.

Andrew Cowan joined M.A.G as Chief Operating Officer at the beginning of 2013. He started his career as an electrical engineer and spent over 20 years in the infrastructure industry in a range of senior asset management, capital delivery and operational roles. Prior to his appointment at M.A.G, Andrew was Chief Executive of infrastructure, construction and services company, the Robertson Group. He has served on numerous boards and was previously a Director of United Utilities Inter – national, United Utilities Electricity plc and served as a Trustee on the Electricity Supply Pension Scheme.

Paul Jones joined NATS in 1990 as a controller in the Terminal Control Operations room before taking on a number of roles in training, development, policy and safety. He was the ATC General Manger at Farnborough Airport before taking over as NATS General Manager at Manchester Airport in 2009.