Ernesto Gutiérrez, former CEO and president of Aeropuertos Argentina 2000, speaks about how the company has invested in improving air travel in Latin America with a view to improving passenger experience and promoting tourism.

Aeropuertos Argentina 2000 is an international consortium whose share interest is made up of Argentine and Italian capitals. Since February 9 1998, AA2000 has run the exclusive concession for the exploitation, management and operation of Group A, within the Argentine National Airport System. This is comprised of 32 airports (this represents 98% of the total air traffic of Argentina, comprised of passengers, movements, and cargo), including the international airports of; Ezeiza, Aeroparque, Río Gallegos, and Mendoza, Córdoba, Salta, Formosa, Iguazú, Posadas, Resistencia, Río Grande, San Fernando, Bariloche, Comodoro Rivadavia, and Tucumán. 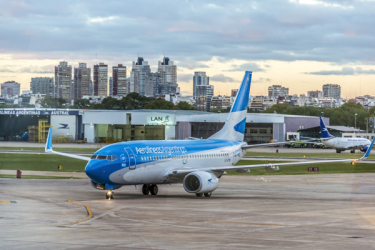 From the moment Aeropuertos Argentina 2000 took over the air terminals, a lot has been achieved in the fields of new services, infrastructure and design in accordance with the Masterplan presented by the company. The total investment estimated for the thirty-year term, set forth under the agreement, will amount to 2 billion dollars.

So far, we have invested approximately 600 million dollars in the construction of new arrivals and departures terminals, which stand for more than 61,000 covered square metres. These investments include the installation of boarding and deplaning telescopic corridors, check-in systems, and 30,000 square metres allocated to parking lots, as well as more than 68,000 square metres for ramps and aircraft platforms.

One of the company’s goals is to offer the most efficient and modern airport services in the world. Taking as a basis the introduction of; infrastructure works, new technologies, the training of human resources, the modern management criteria, and an adequate perception of the trends seen in the international and regional markets, the distinctive advantages, which would allow us to get the maximum profits out of the potentials entailed by the investments underway in the tourism and business sectors, are highly feasible.

Additionally, AA2000 has completely remodeled the terminal and most of the airport infrastructure at Jorge Newbery Metropolitan Airport, the country’s busiest domestic airport, located in the heart of Buenos Aires City; and Córdoba International Airport in the heart of the Country. Furthermore, during this first stage AA2000 has renovated the international airports of Iguazú and Bariloche, two of the principal tourist centres in Argentina, and has certified its airports under the ISO 9000 Standard.

In these nine years managed by AA2000, the Argentine Airport System has experienced strong revenue growth that rose from US$ 40 million in 1997 to US$ 216 million in 2007. Today, approximately 19 million passengers pass through these airports every year.

Aeropuertos Argentina 2000 is a company whose objective is to offer the most efficient and modern airport services in the world, promoting tourism and businesses, stimulating progress and employment and also meeting the increasing demands for higher standards in terms of security, safety, and quality. Yet, there is much more to offer. The question is how it can be offered. The answer is through the development of infrastructure, the introduction of new technologies, the training of staff in Argentina and overseas, and applying modern administration criteria that includes a careful analysis of the trends observed in the international market.

The Argentine airport sector has sustained its volume of more than 18 million passengers a year. Out of this total, a large figure corresponds to Aeroparque Jorge Newbery, in Buenos Aires City. Part of the plan Aeropuertos Argentina 2000 had, was to establish regional ‘hubs’ at the air terminals located in the cities of Córdoba, Salta, Mendoza, Bariloche, and Iguazú, to relieve the main routes and to attain a more efficient and direct communication with the secondary routes. The creation of these ‘hubs’ allow a better projection for the establishment of new routes within the region, thus enabling us to offer more comfort to the users, as well as savings in time and money.

Today, airports around the globe are no longer seen as merely infrastructure providers, as they have evolved to become business and cultural entities, actual poles for economic and social growth, as well as engines for local and regional economies alike.

Therefore, the mission of Aeropuertos Argentina 2000 is to contribute to the social, economic, and cultural development of the country, promoting businesses and encouraging the development of the airport industry at the national level. We also favour the introduction of a global-scale vision through the identification, organisation and implementation of new airport projects.

To do so, it seeks to refurbish, transform, and extend the airport infrastructure, to communicate the largest possible number of people through an efficient network.

We wish to strengthen safe airport operations, with the understanding that it is the result of the legislation in force at the national and international level, as well as of the enforcement of ACI, ICAO, and IATA Standards, which are the agencies where Aeropuertos Argentina 2000 has been playing a significant leading role that has been sustained since the very beginning.

Aeropuertos Argentina 2000 makes a significant contribution and has a strong presence in the region as a member of ACI-LAC. Accordingly, it has chaired the entity’s Regional Board for 4 years in the periods 2002-2004 and 2004-2006, respectively, while it is currently holding the Vice-Presidency for the period 2006-2008.

In addition, it is a member of the ACI Governing Board at the global level. It is worth mentioning at this point that ACI has 580 members operating over 1647 airports in 175 countries and territories. In 2006, ACI members handled 4.4 billion passengers, 85.6 million metric tons of freight, and 72.2 million aircraft movements.

As a guiding rule, Aeropuertos Argentina 2000 commits to take all the actions reasonably feasible to provide its customers a service that matches the most stringent global market requirements, combined with the characteristics that feature the local market.
Its goal is to bring about the largest financial return possible that could be deemed compatible with the local and global economic conditions.

Since 1998, Aeropuertos Argentina 2000 values the concept of social responsibility. Today, such concept has become the trend in constant growth. Yet, AA2000 has been a pioneer in the field, and has sponsored social, sport, cultural, and health entities from the very beginning.
Corporate social responsibility plays a critical role for AA2000, as it allows us to promote people’s growth, while also encouraging development in the communities it serves and their surroundings, thus meeting the expectations of all the participants involved, namely: investors, assistants, directors, providers, customers, governments, and the community-based social organisations.

In AA2000, we define business goals compatible with the sustainable growth goals sought by society, thus preserving environmental and cultural resources for the future generations, while respecting diversity and encouraging the elimination of inequality.

In South America, the major airport terminal of Buenos Aires, Ezeiza International Airport, has been recognised as the best airport, followed by the airport terminal of Santiago, Chile, and Guarulhos Airport, Brazil, which have been ranked second and third, respectively.

The air traveller’s survey is conducted annually by the aviation research organisation known as Skytrax. This survey is completed with the announcement of the World Airport Awards. The survey itself is based on more than 7.8 million detailed passenger’s surveys that cover more than 170 airports and is conducted over an 11-month period all over the world.

Final passenger judgments cover over 40 categories of product and service quality levels, and items such as terminal cleanliness, staff efficiency and courtesy, terminal signage and walking distances, as well as features like shopping, dining options, and Internet services. Security processing and immigration waiting times were also a constituent factor of the survey.

Furthermore, Ezeiza Airport has been recognised as the Best Airport in South America by the World Travel Award Organisation in 2006.

In addition, Aeropuertos Argentina 2000 is a member of the United Nations Global Compact (UN).

For further information, please visit our web page at www.aa2000.com.ar

Ernesto Gutiérrez was CEO of Aeropuertos Argentina 2000 until his departure in October 2012. Mr Gutiérrez chairs Puerta del Sur Consortium in Uruguay, and the International Air Terminal of Guayaquil in Ecuador. Furthermore, he is the CEO of American International Airports (AIA), a company based in New York mainly engaged in airport operations control in different countries all over the world.