This terminal expansion will be a major employment generator for the city, by 2037 the airport precinct will contribute $818 million annually to the region. 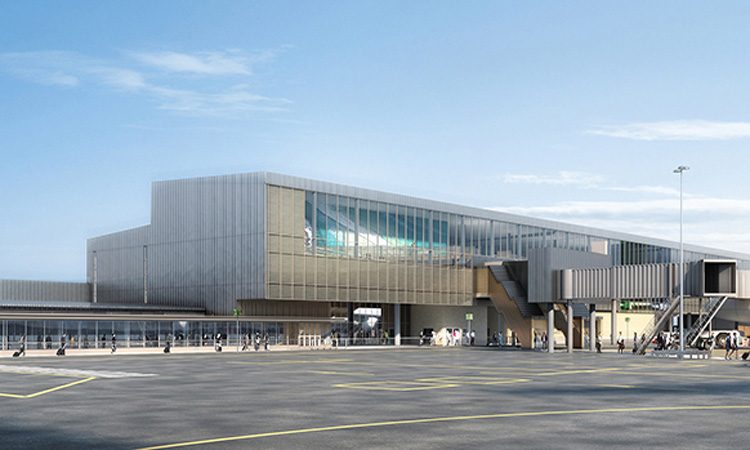 The landmark project will double the footprint of the existing terminal, delivering aerobridges, additional retail space and a new departure lounge, and baggage handling and border-control facilities.

Future construction milestones will see the completion of the ground floor slab in coming months, topping out of the building in mid-2020 and the opening of the terminal in mid-2021. When the southern terminal expansion is complete, work will begin on the existing terminal refurbishment.

Queensland Airports Limited CEO, Chris Mills, said years of planning had been undertaken in the lead up to the works, which represented a major step forward for the expanding airport precinct.

“This project will change the face of the Gold Coast and northern New South Wales and deliver a gateway that Australia’s leading tourism destination deserves,” he said. “Importantly, the project will address current capacity issues while paving the way for future passenger growth.

“There is about $500 million being invested in the airport precinct, including this redevelopment and the Rydges-branded airport hotel, which is now under construction.

“From September this year, we will have three tower cranes onsite at the airport. The level of development activity is unprecedented.”

Mills said the safe and efficient operation of the airport would continue to be a priority during construction.

“We are working with Lendlease on unique solutions to ensure the airport continues to run smoothly as the terminal expansion is delivered,” he said.

“Construction of a 30,000 square metre expansion project amongst one of Australia’s fastest growing airports is no easy feat. It requires careful programming and stakeholder engagement to ensure minimal disruption to day-to-day operations,” he said.

“Together with the airport, we have developed innovative solutions to minimise disruption to passengers travelling through the airport and maintain construction progress.

“For example, we will create a temporary baggage tug tunnel to maintain our baggage handling operation while the three-level building is constructed over the top.”

Deputy Prime Minister and Minister for Infrastructure, Transport and Regional Development, Michael McCormack, said the Australian Government was working with airports to improve their infrastructure to meet expected tourism increases.

“The forecasts for passenger growth at Gold Coast Airport are exciting. With almost seven million passengers expected next year, the airport and the region will benefit from this development for years to come,” he said.

“This means more options for locals, and more visitors to the Gold Coast. Recently growth in international traffic with Singapore and New Zealand has been really ramping up, and South Korea connections will start later this year.

“This is why our government approved Gold Coast Airport’s plans for this terminal development. This is good news for the airport and great news for local jobs. Improving regional economies is what we do and is why we are in government.”

Local MP and Minister for Industry, Science and Technology, Karen Andrews, said the expansion would further cement the Gold Coast’s status as an international city.

“The Gold Coast is an iconic tourist destination with millions of visitors every year and having a world-class airport to be able to service that growing demand is essential. This will be great for the local economy too, not just once the terminal opens, but also through the significant number of jobs in the construction phase.”

The southern terminal will house the airport’s international operations, with capacity to service domestic flights using a swing gate system, based on demand.

Sustainable design has been a key consideration for the expansion, with environmentally-friendly initiatives including condensate harvesting from air conditioners, energy-efficient light fittings and lighting energy management control systems.