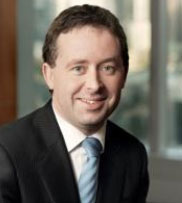 The International Air Transport Association (IATA) announced that Qantas Airways CEO and Managing Director Alan Joyce has assumed his duties as Chairman of the IATA Board of Governors. Joyce succeeds KLM President and CEO Peter Hartman, whose one-year term expired at the conclusion of the Association’s 68th Annual General Meeting (AGM) and World Air Transport Summit in Beijing. Joyce’s appointment is effective immediately and is for one year, ending with the conclusion of IATA’s 69th AGM, to be held in Cape Town, South Africa. A 24-year veteran of the airline industry, Joyce has led Qantas since November 2008. He was CEO of Jetstar from 2003 to 2008. Prior to that, he spent over 15 years in leadership positions at Qantas, Ansett, and Aer Lingus. Joyce is the third Qantas CEO to serve as Chairman of IATA’s Board of Governors, following most recently James Strong (1999-2000).

“IATA plays a critical role in the industry and I am honored to take on the role of leading its Board of Governors. The top priorities, as always, will be safety, security, and sustainability. On top of that, I want to see IATA continue to deliver value to its members by being a strong advocate for the industry. Aviation delivers enormous economic benefits—supporting some 57 million jobs and $2.2 trillion in economic activity. We need to ensure that governments understand what is at stake when they are making key decisions on taxes, regulation, and capacity expansion,” said Joyce.

“Our Association owes a debt of gratitude to Peter Hartman, for his resolute leadership of IATA during a challenging year. The European sovereign debt crisis put new pressures on the air transport industry. Along with this, global political tension rose as a result of Europe’s unilateral and extra-territorial inclusion of aviation in its Emissions Trading Scheme,” said Tony Tyler, IATA’s Director General and CEO. “I would also like to thank Peter for his personal support and guidance during my first year in office.

“I am confident that Alan is the right person to lead IATA’s Board of Governors as the Association strives to deliver even greater value to our members. Our ambitious agenda over the next year includes developing the foundation standards for a new distribution capability, pushing forward progress on Checkpoint of the Future, and working through the International Civil Aviation Organization to achieve a global approach on positive economic measures to help manage aviation’s 2% contribution to manmade carbon emissions. All of this will be done in an economic environment that is likely to become even more challenging,” said Tyler.

IATA also announced that the Board of Governors appointed Richard Anderson, CEO of Delta Air Lines, to serve as Chairman from June 2013, following Joyce’s term.