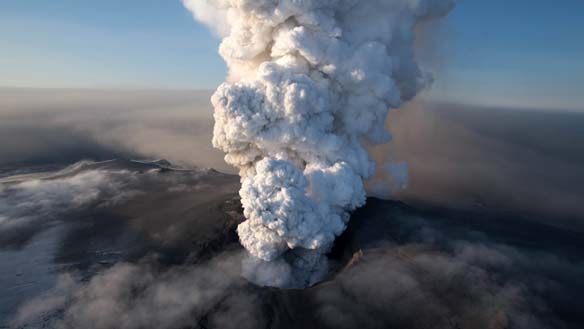 Air transport operators now have a scientific basis for decision making in the event of a volcanic eruption thanks to a manual published by ICAO and endorsed by industry partners*.

Entitled Flight Safety and Volcanic Ash (Doc 9974), the manual provides guidance which States may recommend to aircraft operators when there is forecast volcanic ash contamination, placing the responsibility for such operations on the operator, under the oversight of the State regulatory authority.

The manual is based primarily on the work of the ICAO International Volcanic Ash Task Force (IVATF), set up by the organization and the aviation community following the 2010 eruptions of Eyjafjallajökul Volcano in Iceland which caused enormous disruption to air travel across western and northern Europe.

“The impact on air travel of the Eyjafjallajökul eruption was unprecedented. It forced us to align our guidance material with the latest technological and scientific developments. The new approach, while ensuring the safety of flight operations, provides more flexibility and recommends that the decision to operate a flight in airspace containing volcanic ash rest with airlines, under the supervision of State regulatory authorities,” said Raymond Benjamin, Secretary General of ICAO.

To ensure that the safety-critical information is readily available to Member States and the industry, the manual is now accessible in English at www.icao.int/publications/Pages/doc-series.aspx.