Operations at Japan’s Kumamoto Airport to be privatised by 2020

The Japanese Government has made the announcement in order to speed up the rebuilding process and bring some private ‘know-how’ into the airport. 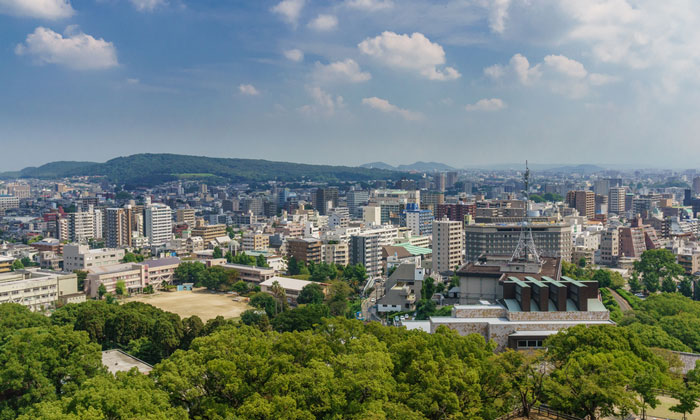 QUAKE-HIT: The airport is located just outside the city of Kumamoto and was near the epicentre of 2016's earthquake

The Japanese Ministry of Land, Infrastructure and Tourism has announced that it will privatise Kumamoto Airport from April 2020. The ministry made the announcement today (January 17), saying that the intention of the sale was to accelerate the reconstruction of the airport which was damaged by an earthquake in 2016.

In a statement, a spokesman for the airport said: “The private sector outsourcing of the operation at Kumamoto Airport should become a symbol of creative reconstruction after the Kumamoto earthquake, and we therefore will tackle an unprecedented project to build a new terminal building with much enhanced seismic capacity uniting domestic and international terminals, after demolishing the domestic terminal building damaged by the earthquake.

“We aspire to proactively attract inbound tourists and LCC demand, etc. as a result of our efforts to invite new air routes and improve customer services, by making the most use of the private know-how through the integrated operation of the runway and the terminal building by private enterprises.”

Kumamoto Airport, situated in the village of Mashiki on the far-south island of Kyushu, serves largely domestic and short-haul locations. It is Japan’s 10th biggest airport, transporting more than 3 million passengers every year. The town of Mashiki was the epicentre of the 2016 earthquake which measured 7.3 on the Richter scale. The airport was only closed for a few days following the natural disaster though it was damaged.

In announcing the privatisation plans, the ministry also launched the outline of its ‘implementation policy’ showing how it would be achieved. The policy states that the demolition of the existing domestic terminal building and the construction of a new one uniting international and domestic terminals would be the responsibility of the new operator and should be completed by 2022.

It also said that a briefing session on the ministry’s new implementation policy would be held on Friday January 26.