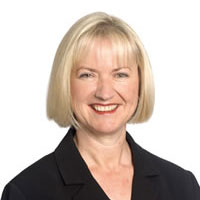 The Board of Sydney Airport Corporation Limited (SACL) today announced Ms Kerrie Mather has been appointed as Managing Director (MD) and Chief Executive Officer (CEO) of Sydney Airport, effective 1 July 2011. Ms Mather will continue as CEO of MAp which holds a 74% interest in Sydney Airport. Mr Max Moore-Wilton, Chairman of SACL said, “Kerrie Mather’s appointment by the Board to the role of MD and CEO is the natural evolution of her long term association with the airport and the international aviation sector.

“Kerrie has 15 years of relevant airport sector experience, a broad and international perspective, and a demonstrated ability to develop strategic alliances with airlines, commercial partners and tourism industries both in Australia and around the world.

“Through her role as CEO of MAp, Kerrie has deep knowledge of the Sydney Airport business, its customers and its broad range of stakeholders. Indeed she has been on the board of directors and a member of the Strategy Committee since 2002. We are delighted to have someone of her calibre take the role.”

Ms Mather said, “I consider it a privilege to be appointed as MD and CEO of Sydney Airport – Australia’s premier gateway. It serves Australia’s largest population centre and makes a substantial contribution to the NSW economy and employment.

“The airport has significant growth potential. The business is well positioned to support major shifts in the aviation industry including servicing the needs of low cost carriers as they expand and harnessing market share as new air routes open up.

“We’ll be focusing our efforts on unlocking this potential to boost our competitiveness, by working more closely with the Qantas Group, Virgin Australia and all our valued airline partners, to deliver the services and products they need to serve their passengers and grow their businesses.”

As CEO of MAp, Kerrie has overseen the strategic direction and financial management of a number of major international airports including Sydney Airport, Rome Airports, Copenhagen Airports, Brussels Airport, Bristol and Birmingham airports. Prior to that, she was a specialist corporate adviser, on acquisitions and various business and financial projects in the airports sector.

Ms Mather replaces Mr Russell Balding who last year advised he would leave the role at the end of his five year contract.

Mr Moore-Wilton acknowledged Mr Balding saying: “The Board would like to thank Mr Balding for his significant contribution to Sydney Airport since 2006. Over that time, the range of services and the facilities at the airport have been dramatically expanded to meet the needs of passengers and airlines. We wish him all the very best for the future.”