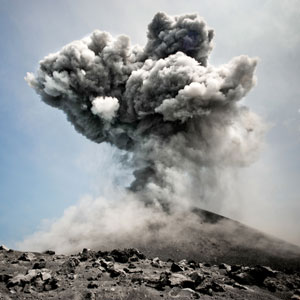 Vaisala’s Global Lightning Dataset GLD360, now includes new technology that can provide early warnings of explosive ash clouds that cause disruptions to aviation routes and safety. The technology detects lightning produced by volcanic eruptions which is a key indicator of potential ash cloud bursts. During the first 30 hours of the eruption of the Icelandic volcano Grimsvotn, GLD 360 detected over 14,000 lightning events within a 30 kilometer radius surrounding the volcano.

Says Nikki Hembury, Vaisala’s Product Manager for Vaisala’s Thunderstorm Systems and Data: “Volcanic eruptions are a global phenomenon. However, not all volcanoes have the required instruments nearby to detect these eruptions. In addition, it is sometimes difficult to observe the eruptions using weather satellite imagery, since multiple layers of clouds can limit the view of the volcanic ash cloud itself.”

“Detection of lightning in ash clouds can enable scientists and the aviation community to detect explosive volcanic eruptions as soon as they occur, improving the safety of travelers, and saving the millions lost due to unplanned flight delays and cancellations.”

GLD360, which was launched in 2009, locates lightning using the VLF (very low frequency) radio frequency spectrum. The technology is capable of detecting VLF signals over thousands of kilometers across the globe.

With highly accurate timing and location methodologies using advanced patented algorithms, GLD360 detects more lightning on a global basis than any other technology. The service now includes a new patented algorithm which greatly improves the accuracy and amount of detected lightning for immediate detection of volcanic ash cloud electrification through detection of lightning globally.

Vaisala’s lightning data can be combined with visualization packages to set up customized alerts based on user needs for safety and operational efficiency.