The UK reacts to government’s National Policy Strategy for Aviation

Responding to the publication of the draft Airports National Policy Statement, we hear from the Chairman of the AOA, Ed Anderson, EY and Norton Rose Fulbright. 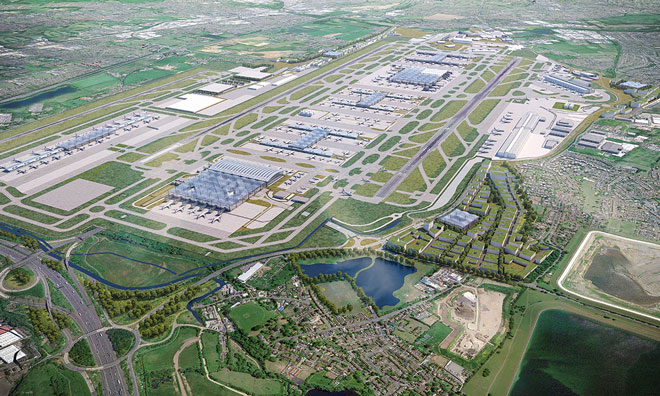 “The AOA have consistently said that the UK needs to compete in both established and emerging markets. This decision last October to approve a third runway at Heathrow Airport and today’s draft National Policy Statement are first steps in the process towards ensuring the UK has the additional capacity it needs to help the country deliver, sustainably, the connectivity it requires in the future.

“At this time of increased uncertainty following the EU referendum, we need to maintain momentum, remove uncertainty and ensure the UK gets the additional capacity it so vitally needs as soon as possible to demonstrate the UK is open for business and confident about its future.

“The AOA is also clear that the UK requires excellent aviation connectivity right across the country, both vibrant point-to-point airports and world-class hub capacity. That is why we welcome the Transport Secretary’s intention to set out in an Aviation Strategy how the UK can maximise the positive role the aviation sector plays in developing global trade links.

“To be a success, this Aviation Strategy needs to support all airports that wish to grow and also make better use of existing capacity. This should include better surface access to airports and a planning system with a presumption in favour of sustainable development.

“Another vital part of the Government’s intention to support the aviation sector is the modernisation of the UK’s airspace. Airspace modernisation will benefit the economy, through faster journeys and dramatically reducing the risk of future delays as a result of increased capacity in the sky, and reduce aviation’s impact on the environment and local communities.

“The lack of a clear framework for airspace change has constrained the sector’s ability to deliver on this so far. Today’s consultation on airspace is much needed and a welcome step forward. Airspace modernisation will benefit the whole country and it is vital the Government moves ahead at pace on this, separate from the process around designating a National Policy Statement for additional airport capacity in the South East.”

Elsewhere Manish Gupta, Head of Transport at Ernst & Young, comments on the publication of the National Policy Strategy for Aviation:

“Today’s publication demonstrates the Government’s commitment to move the airport expansion forward as quickly as possible.

“The policy, when finalised, will be the primary basis for Government making decisions on planning permissions for the expansion and the level of detail set out is an excellent starting point.

“We will inevitably see a huge level of submissions to the consultation which will need to be reviewed and considered by the Secretary of State at an appropriate stage, but it’s really positive that we’ve finally got the ball rolling.”

“The speed with which the draft Airports NPS and the suite of supporting documents have been produced demonstrates the determination of Government to do all it can to meet its objective of securing designation of the NPS this year and to keep the programme for delivery of a third runway at Heathrow on track.  It is clear that the Government sees the third runway as a vital reinforcement of international trade links post-Brexit and to maintain a level of confidence in the UK.

There is a lot of detail to digest over the next few weeks in order to respond fully to the consultation by the 25 May deadline but the Government has confirmed the key commitments that it expects Heathrow Airport to make. These include better domestic connectivity, increased compensation and mitigation for noise impacts including periods of respite and a ban on scheduled night flights, higher levels of compulsory purchase compensation, increased use of public transport, limits on greenhouse gas emissions and air quality impacts and compliance with legally binding air quality standards.

The draft NPS establishes the need for additional airport capacity and also confirms that this need is best met by the selected third runway option at Heathrow. This will be critical to the future development consent process which will be initiated by Heathrow Airport in 2018/2019.

“As for Gatwick, there is a clear indication in the draft NPS that the policy only has effect in relation to the new runway Heathrow but its support for providing additional capacity at Heathrow will be an important and relevant consideration for other airport proposals especially in the London area; unsurprisingly, this means that the promotion of a second runway at Gatwick will face an uphill struggle in policy terms and the NPS makes a number of specific references to Gatwick in the context of explaining why Heathrow is the better choice.

“We can expect Gatwick to make a robust response to the consultation and given the technical hurdles for Heathrow, Gatwick has every reason to continue to make its case.

Perhaps in the interests of speed, the Government has missed the opportunity to include in the NPS clearer backing for additional capacity at regional and other London airports using their existing runways; this is disappointing – in the Commons today Chris Grayling recognised the essential role that other airports play and making the best use of our existing runways has been the centrepiece of Government aviation policy for many years.  The indications are that the Government is working on a wider Aviation Strategy but this will not have the same status as an NPS.

In a related consultation, the DfT has published proposals for changing airspace policy. The management of UK airspace is critical to both airport capacity (including the additional runway at Heathrow) and the environmental performance of airports and airlines.  Two initiatives are particularly welcome. First, introducing call-in powers for the Secretary of State where the CAA proposes airspace changes – the absence of democratic accountability for decisions on airspace changes has been a source of considerable frustration for members of the public and has also been unhelpful for airports.

“Second, the Government is proposing to establish an Independent Commission on Civil Aviation Noise (ICCAN); this will introduce a much-needed impartial voice in what is currently often a very adversarial debate between airport operators and communities and should help to foster widespread best practice among airports.  However, airports and airlines should read the detail of this consultation very carefully – among other things it updates compensation policy and places a greater burden on airport operators.”

Look out for updates and more NPS developments to come…