Emirates to launch daily service to Newark via Athens 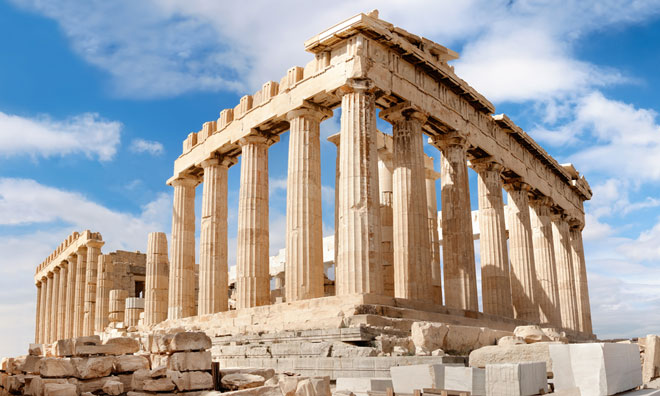 Emirates has announced it will launch a new daily service from Dubai to Newark Liberty International Airport, via the Greek capital city of Athens, starting on 12 March 2017.

Emirates’ new Dubai-Athens-Newark flight will also provide a year-round non-stop daily service between the United States and Greece – a service that does not exist today and has not existed since 2012. The airline will operate a wide-body Boeing 777-300ER powered by General Electric GE90 engines on the route, offering 8 seats in First, 42 seats in Business and 304 seats in Economy class, as well as 19 tonnes of belly-hold cargo capacity.

Sir Tim Clark, President of Emirates Airline said: “The Greek Government and Athens International Airport approached Emirates some time ago to consider serving the route between Athens and New York.  After careful review, Emirates concluded that extending one of our Dubai-Athens flights to Newark would be commercially and operationally feasible. We are pleased to be able to help meet a strong consumer need long neglected by other airlines, and we would like to thank the authorities and our partners in both the US and Greece for their support of the new route.”

Sir Tim added: “The availability of high quality, daily international air services is essential for the development of business and cultural ties. Trade, especially in high-value and time-sensitive products, will be facilitated by the ample cargo capacity on Emirates’ Boeing 777 aircraft. We also expect tourism to receive a major boost from the availability of daily flights year-round.”

Elena Kountoura, Minister of Tourism of the Hellenic Republic said: “Within the framework of our excellent cooperation, and in line with our common goal for the growth of tourism between our two countries as well as the expansion to long-haul markets, I would like to thank Emirates for having positively considered our request to launch a new Emirates itinerary connecting Dubai with New York via Athens all year round. This strategic choice substantially supports our efforts at the Ministry of Tourism to enhance the already increasing flow of visitors to Greece from the United States and the UAE on a yearly basis, travelling either for leisure or business purposes.”

Endy Zemenides, Executive Director of the Hellenic American Leadership Council said: “The Greek-American community has long been anticipating the reestablishment of year round direct travel between Greece and the United States. For this moment to arrive thanks to Emirates – the world’s top airline – is special indeed. Greece’s economic comeback is going to have to include year round tourism and easier business travel. The new Emirates route makes this possible. The Greek-American community will be thrilled with this new itinerary, and we thank Emirates Airline for establishing its route and for its endorsement of travel to Greece.”

The United States and Greece have long maintained close economic relations as well as a strong national security alliance.  For decades, the United States has advocated policies that promote and foster economic growth and further opportunities for U.S. investment in Greece. The United States is also home to the largest overseas Greek community in the world, numbering approximately 1.3 million, and the New York City metropolitan area has the largest community of Greek Americans in the country.

In addition to serving the large Greek-American population in the New York City metropolitan area, the availability of one-stop same-plane service to Dubai will offer a convenient alternative to travellers headed towards the Middle East, West Asia, and Africa.

Emirates operates one of the youngest and most modern fleets in the sky, with an average fleet age of just 61 months, compared to the industry average of 140 months. Emirates’ Boeing 777-300ER aircraft serving the new Dubai-Athens-Newark route will offer high levels of comfort and high quality service with private suites in First class, lie-flat seats in Business, and ergonomically designed cabins in Economy.

Passengers in all cabin classes can enjoy the friendly service from Emirates’ international cabin crew, meals prepared by gourmet chefs, and over 2,500 channels of the latest movies, TV shows, and music hits on its award-winning ice inflight entertainment system.

Emirates flight EK209 will depart Dubai at 10:50 local time, arriving in Athens at 14:25 before departing again at 16:40 and arriving into Newark at 22:00 on the same day. The return flight EK210 will depart Newark at 23:45 local time, arriving in Athens the next day at 15:05. EK210 will depart once again from Athens at 17:10 bound for Dubai where it will arrive at 23:50, facilitating convenient onward connections to over 50 Emirates destinations in India, the Far East and Australia.