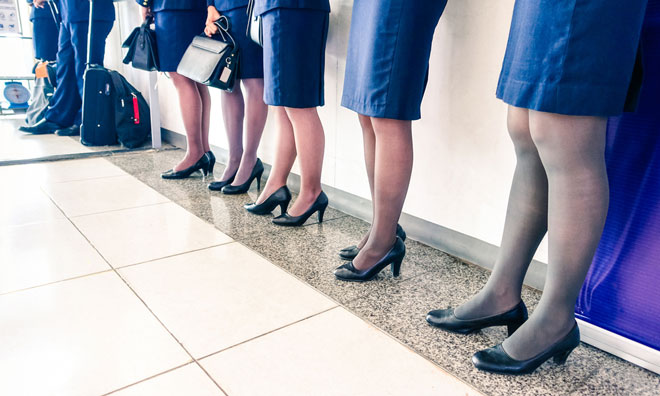 The original strike was due to take place over the Christmas period to maximise disruption however was subsequently suspended to review a revised offer. This was then rejected by seven votes to one.

Unite, a trade union, argued that since 2010 all British Airways new cabin crew employees have joined “mixed fleet”, with basic pay starting at £12,192, plus £3 an hour “flying pay” totalling an average pay of £16,000 each year.

“Mixed-fleet” crew based at Heathrow complained at being unfairly paid less than other cabin crew.

“These poverty pay levels for cabin crew are below the living wage and are among the lowest in the industry, putting the UK’s national carrier to shame,” Unite offered.

British Airways then issued a statement in response:

“Our proposal for our mixed fleet cabin crew reflects pay awards given by other companies in the UK and will ensure their reward levels remain in line with cabin crew at our airline competitors.

“It is also consistent with pay deals agreed with Unite for other British Airways colleagues.”

British Airways had initially expected the impact to be minimal, with 85% of cabin crew reporting for duty and just 12 return flights being cancelled each day but that number is already at more than three times that figure.

The 48 hour strike is due to end on Wednesday.