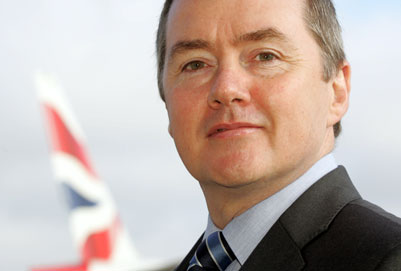 International Airlines Group (IAG) has criticised a year’s delay in introducing a 10 year visa for Chinese visitors that would drive business and create jobs. The plan was announced in October 2015 during the Chinese state visit to the UK. Willie Walsh, chief executive of IAG, said: “The UK export market to China was worth nearly £13 billion in 2015.

“China is the world’s second largest economy and we need to do all we can to encourage these trade links. Making it easier for Chinese businesses and tourists to come to Britain is key to that.”

“It’s a missed opportunity that the trial launched a year ago, has still not begun. The US already has a standard 10 year visa which costs around £100 while Britain’s costs £800. The Government needs to match its rhetoric on China with action.”

“This is even more critical at a time when we need to ensure we can trade effectively post Brexit”.

Willie Walsh continued: “It’s not surprising the UK is significantly behind France and Italy in terms of Chinese visitors. They are generous spenders so this hits our retail and hotel sectors hard. Streamlined processes and lower charges must be put in place to make the current visa system fit for purpose.

“The Government needs to get its act together to make Britain attractive to the Chinese or we will continue to lose out on the economic benefits that they can bring to the UK. This is even more critical at a time when we need to ensure we can trade effectively post Brexit”.