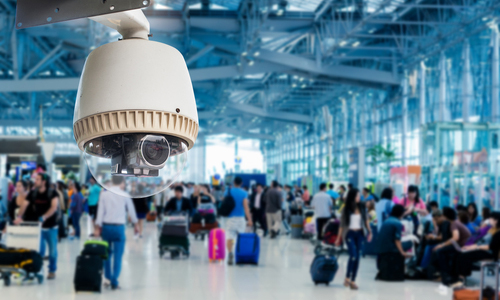 Visual Management Systems and Veracity, a leading provider of innovative, intelligent solutions that solve real-world IP video challenges in transmission, storage and display have announced a new installation of its COLDSTORE surveillance storage system at Shannon Airport that is helping to dramatically improve the reliability of CCTV recording while significantly reducing rack space, power and cooling. Shannon Airport is the third busiest airport in Ireland welcoming 1.715 million passengers in 2015.  The new terminal opened in 2000, has 40 check-in desks, 5 baggage carousels and 14 boarding gates with nearly 20 aircraft parking stands. The airport has had a long-term relationship with Visual Management Systems, a Physical Security Information Management (PSIM) solution provider that integrates and manages some of the world’s largest and most complex security systems in airports, military bases, museums, city centres, national borders, retail malls, oil and gas assets and critical national infrastructure.

Over the last decade, Visual Management Systems has helped Shannon develop an integrated security system including over 200 CCTV cameras, 70% of which are mega-pixel high definition cameras alongside a host of integrated facility management systems. Following a recent upgrade from analogue to digital HD CCTV technology, Visual Management Systems and Shannon Airport needed to revaluate how sensitive and critical security video is viewed, analysed and retained.

As John Francis, Security Manager for Shannon Airport explained, “The move from our legacy CCTV to the new AXIS HD cameras enhanced our security surveillance capability, but also led to a massive increase in capacity for our video storage along with greater performance requirement. The old NAS boxes, although adequate for the old analogue system, were also starting to show their age which prompted us to revaluate and select a better long term video storage platform.”

With limited rack space within its comms room and a need for high throughput, continuous writes along with absolute reliability, Visual Management Systems and Shannon Airport began to examine a number of options. As Jay Shields, Managing Director for Visual Management Systems explains, “In this type of scenario where CCTV reliability is critical, COLDSTORE is a particularly good fit and the high density, low power consumption appliance provides a number of additional benefits.”

Veracity’s COLDSTORE is an innovative Network Attached Storage (NAS) system designed for video surveillance systems requiring long duration archives with the highest levels of reliability.  The Linear Array of Idle Disks (L.A.I.D™) technology combined with unique Sequential disk Filing System (S.F.S™) offers a 90% power saving versus RAID with much higher reliability, and a lossless failover technology that removes the need for time-consuming rebuilds of failed drives by instead utilising an instant hot swap disk technology. Offered as a 3U high, 120TB unit that uses only 0.5w per Terabyte, COLDSTORE will also extend the life of hard disk drives, significantly reduce the levels of air-conditioning required in the server room and cut the cost of back-up UPS.

The installation and configuration carried out by Visual Management Systems has enabled 5 COLDSTORE appliances to record video footage from over 200 cameras including HD and analogue with absolute reliability. The implementation of over 300TB with the potential for a further 300TB future expansion has reduced the required rack space by 40% and power consumption by 70%, including a significant reduction on the workload of attached HVAC systems within the comms room.

“TITAN VISION and COLDSTORE have easily met and surpassed our expectations,” says John Francis, “the additional features such as the ability to swap-out disks whenever we need, and no data loss on disk failure are key for us and ensure that we are able to deliver a reliable and scalable storage environment suitable for all our security video requirements.”