Satellite-based aircraft tracking on the way for NZ 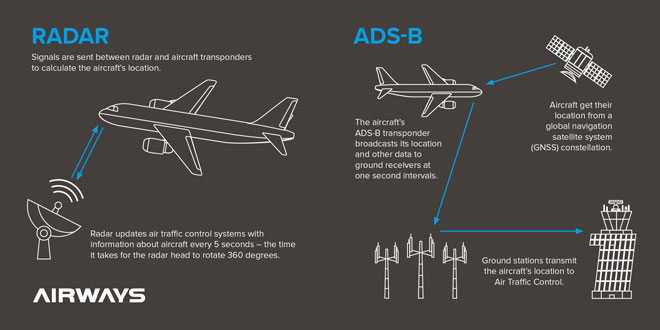 “The network will provide a more detailed picture of our airspace than is currently possible with radar. It will enhance the way aircraft are monitored in domestic airspace and will play a crucial role in supporting the growth of air travel in New Zealand,” Airways’ Chief Operating Officer Pauline Lamb says.

ADS-B uses satellite GPS systems, aircraft transmitters and a network of ground station receivers to follow aircraft with a more precise level of accuracy. With a network of ground receivers installed even in remote locations, the system will detect aircraft in places where there is limited radar coverage, like behind mountain ranges and at low altitudes in regions such as the Hawkes Bay, Gisborne and much of the South Island’s west coast.

ADS-B is the global standard for airspace surveillance and its introduction here is a key part of the New Southern Sky programme, the Government’s 10-year plan to modernise New Zealand’s aviation system.

An intense period of air traffic growth is forecast for the Asia Pacific region. Visitor numbers to New Zealand are set to hit 4.5 million annually by 2022 and with 99% of them arriving by air, ADS-B will help to provide the airspace capacity to handle increased numbers, Ms Lamb says.

“The precise tracking ability and increased surveillance coverage ADS-B provides allows us to reduce the separation between aircraft to have them safely fly closer together and on the most direct route, improving the flow of traffic and reducing environmental impacts,” Ms Lamb says.

“In an emergency or search and rescue situation, this level of detail would mean we would be able to provide help to an aircraft in distress much more quickly.”

Airways has awarded a contract to French multinational Thales to provide ground equipment for the $12 million network. Installation work will begin in early 2017 and the first phase of the network will be operational by the end of December 2018 when a Civil Aviation rule is planned to be implemented requiring all aircraft flying in controlled airspace above 24,500 feet in New Zealand to be using ADS-B. The requirement will be extended to all controlled airspace by the end of 2021 when the current radar system will be de-commissioned.

A smaller radar network will remain in place in New Zealand as a back-up.