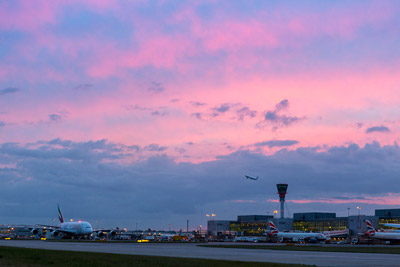 Addressing the 2016 Responsible Business Summit in London on 08 June, Heathrow Airport’s CEO, John Holland-Kaye, revealed five new pledges to the airport’s local residents promising to deliver economic benefits with expansion and being a better neighbour with or without expansion.

A better neighbour with or without Heathrow expansion

The pledges highlight the airport’s ambitions if allowed to expand. A government decision on airport expansion in the South East was expected over the summer, however according to a report in the Evening Standard, this may now be pushed back to September.

1.       Help our communities prosper by providing up to 40,000 jobs, training opportunities and careers to benefit local families with expansion.

Through the current work of the Heathrow Academy, which last year helped over 500 local unemployed people secure employment at the airport; and in the future, through our Skills Taskforce, we will address our local skills shortage, and ensure that we provide careers, not just jobs.

By building on our record in finding new technologies to reduce the impact of our operations, like using steeper approaches, and banning the noisiest classification of aircraft, which has contributing to a 14% reduction in areas affected by noise (as measured using 55LDen) over the last 9 years. We will continue our investments in tools to reduce emissions in aircraft at the gates and while they are taxiing, and in electric vehicles and chargers.

3.      Tackle local traffic congestion by investing in local transport projects that put Heathrow at the centre of a new integrated bus and rail transport system.

Expanding on the schemes we already fund, including 24 hour bus services recently established for communities west to the airport and hosting the largest single-site car sharing scheme in the world.

4.      Work together with local businesses, helping them make best use of the national asset on their doorstep and investing in the local economy.

Learning from the success of our annual Heathrow Business Summits, which provide opportunities for local SMEs to meet with our Tier one suppliers, we will build regional procurement hubs to ensure the benefits of Heathrow expansion are felt locally.

5.      Build a lasting legacy for future generations, in partnership with local schools, colleges and universities.

Heathrow CEO, John Holland- Kaye, said:  “If we are all to benefit from a stronger UK economy, Heathrow expansion is the right choice. But to expand, we need our local people to trust us to deliver the promises we make. We are already taking steps to deliver these pledges and we are happy to be held to them. They point to a more ambitious vision for the airport – one which sees Heathrow as a better neighbour at the centre of thriving West London and Thames Valley.”

Last month, Heathrow cleared the way for the Government to support its expansion proposal by meeting and, in most cases, exceeding the conditions set out in the Airports Commission’s recommendations for Heathrow expansion.

Today’s announcement follows Gatwick’s letter to the Prime Minister outlining eight new pledges which it says will guarantee Britain a new runway by 2025 if given the go ahead.

“Heathrow cannot simply promise away the reality that they affect hundreds of thousands of Londoners with noise and the air quality in the area around the airport is already at illegal levels.

“Heathrow’s latest ‘promises’ follow eight pledges Gatwick sent to the Prime Minister, including a guarantee it would deliver the UK a new operational runway by 2025. This means ground could be broken at Gatwick before the next election and the runway officially opened before the election after that – creating a second world class airport for the UK.

“A deliverable runway means Gatwick can also pledge that Britain gets the economic boost it needs as early as possible.  We can also fully fund our expansion plans, unlike Heathrow which is likely to require around £5billion of taxpayers’ money.”

We’d like to put the facts to our readers – who would you choose?